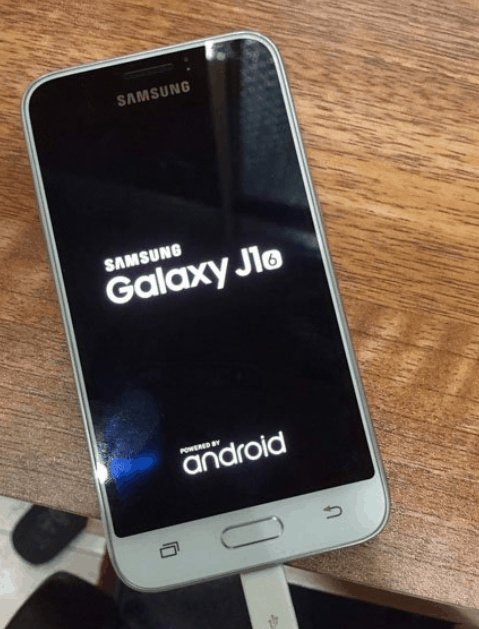 Samsung had launched its first-generation Galaxy J1 last February, and now the next-generation Galaxy J1 is apparently in the works, if a tweet from S_leak (Twitter handle @sleaknow) is to be believed. The Galaxy J-series from Samsung is an entry to mid-level lineup of smartphones from the South Korean company, with the J1 being the most inexpensive model of the lot. While the current-generation Galaxy J1 costs the equivalent of around $90 in the Indian market, the hardware specs being rumored for the upcoming device makes it amply clear that Samsung's asking price for the new installment is either going to remain at the same level or actually come down even further, seeing as most $100 phones today come with sturdier hardware than what is being rumored about the as-yet-unreleased handset.

Coming to those rumored hardware specs, @sleaknow seems to suggest that the screen size on the new Galaxy J1 will see a slight bump to 4.5-inches from 4.3-inches on the current device. The display resolution however, is set to remain at WVGA (800 x 480). The device will apparently be powered by Samsung's own Exynos 3457 chipset, which is yet to be announced publicly. The SoC comes with an embedded quad-core CPU and the Mali-T720 GPU. The device will reportedly also come with 1 GB of RAM and Android 5.1.1 out of the box. That will be nice upgrade from the measly 512 MB of RAM that's present in the current-generation Galaxy J1 model. The company allegedly also has a Galaxy J1 Mini in the works, but nothing has been confirmed on that front as yet.

It remains to be seen how much of these rumored specs actually hold up in the end, but it isn't too hard to imagine that Samsung might take this route seeing what the company has done with other entry-level models in the past. Either way, it will be interesting to note the pricing of the upcoming device, seeing as the first-generation Galaxy J1 was introduced at around $120 in India earlier this year. With ever-increasing options at the mid and entry-level segments in emerging markets, Samsung has already introduced its online-only Galaxy On lineup of devices, to better compete with affordable, high-spec'd devices from a number of reputable Chinese and Taiwanese manufactures like Asus and Lenovo, which have been selling extremely well, by all accounts. It will be interesting to see where the upcoming Galaxy J1 (2016 model) fits into the picture.