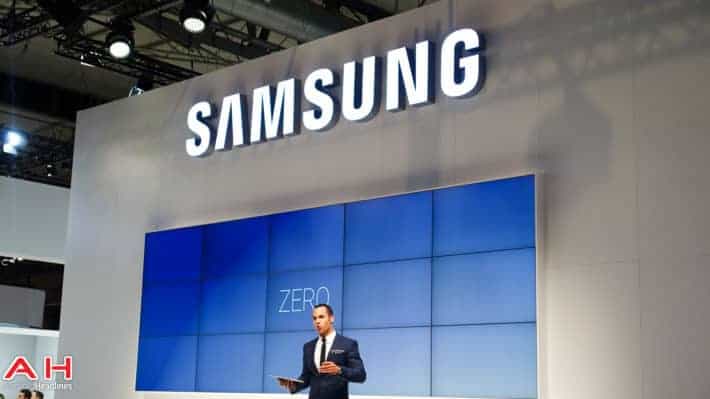 Samsung’s Galaxy S7 smartphone will mark the 7th device in the flagship series lineup, and will be Samsung’s next device to launch. Many early rumors have been swirling for months about what consumers may be able to expect with Samsung’s next Galaxy S phone, including a possible early launch of the device. Speculation has already pegged the announcement for next month on January 19th, and that Samsung could be preparing to launch four variants of the phone. There have also been numerous rumors about what kinds of features and specifications might be seen in the new phone, with the most recent being the potential use of an iris scanner.

While Samsung typically looks to a little bit of a later launch with its first round of flagship devices for each year, with the launch of the Galaxy S7 reports claim a possible launch by sometime in February. That still remains to be seen, but new details suggest that not only will Samsung have the Galaxy S7 ready for a launch in two months, but that they will have 5 million units ready to go in preparation for that launch as well. This large amount for an initial round of devices could help Samsung sidestep any inventory issues, something which no doubt lessened the amount of sales they could have had with the Galaxy S6 Edge earlier this year, as they weren’t able to produce enough phones due to the lack of materials to make them, which ultimately slowed down the manufacturing process a bit longer.

Reported details mention that those 5 million units will be a combination of both the traditional Galaxy S7 version of the device as well as an Edge variant. According to the details, Samsung has still prepared a higher number of Galaxy S7 units to ship in February, with potential numbers sitting at around 3.3 million units for the regular Galaxy S7 while Samsung is said to have planned 1.6 million units for the Galaxy S7 Edge. After not being able to meet the demand for this year’s more popular Edge model of the Galaxy S6, it’s less likely Samsung would make the same mistake and miscalculate the desires of consumers looking towards Samsung’s new lineup for 2016, but based on these details it seems Samsung may be planning for the Edge model to once again be in lower demand by customers.