We could blame Samsung for the current trend of releasing smartphones with larger screens. Back when smartphones with 3.5-inch displays were considered big enough, Samsung released flagship models with screens measuring 4.3-inches and shortly after, they created a whole new segment on the mobile market with the Galaxy Note and its 5.1-inch display. We now call these smartphones with huge displays “phablets” and almost every mobile product manufacturer includes one of these in their portfolio. Looking back in time, it seems unreal how we used to read text or play multimedia content in such small screens and even when users made the transition to a device with a larger display, most of them seem to appreciate the advantages of having one, so they probably wouldn’t choose a smaller phone when they get the chance to upgrade. Even Apple, which was reluctant to make smartphones with larger screens has now released a medium sized phone and a 5.5-inch phablet.

The holiday season usually registers a lot of sales for consumer electronics, so the analytics firm Flurry has released numbers to let us know which devices were the most popular ones in the mobile market based on how many activations each segment got from December 19th to December 25th. The company monitored over 780,000 app installations, so it is quite a large number. They classify phones with a smaller screen than 3.5 inches as “small phones”, those between 3.5 inches and 4.9 inches are “medium phones” and phones with screen sizes from 5 inches to 6.9 inches are considered phablets.

The phablet category grew its market share quite significantly, as now 27% of the activations were from one of these devices, that’s a little more than the double of market share they had last year, plus every other category showed a decrease in market share. The details show that consumers aren’t choosing phablets over tablets, rather they seem to be picking up one of these devices as opposed to a medium-sized phone. From all the devices running on Android, 50% of them are phablets, while Apple users seem to like the smaller iPhone more. These numbers shouldn’t come as a total surprise, as most flagship phones running Android feature a screen larger than 5 inches and phablets have moved to devices with a screen measuring around 6 inches, additionally, the smaller iPhone costs around the same as Android flagships, while the iPhone 6S Plus costs more. 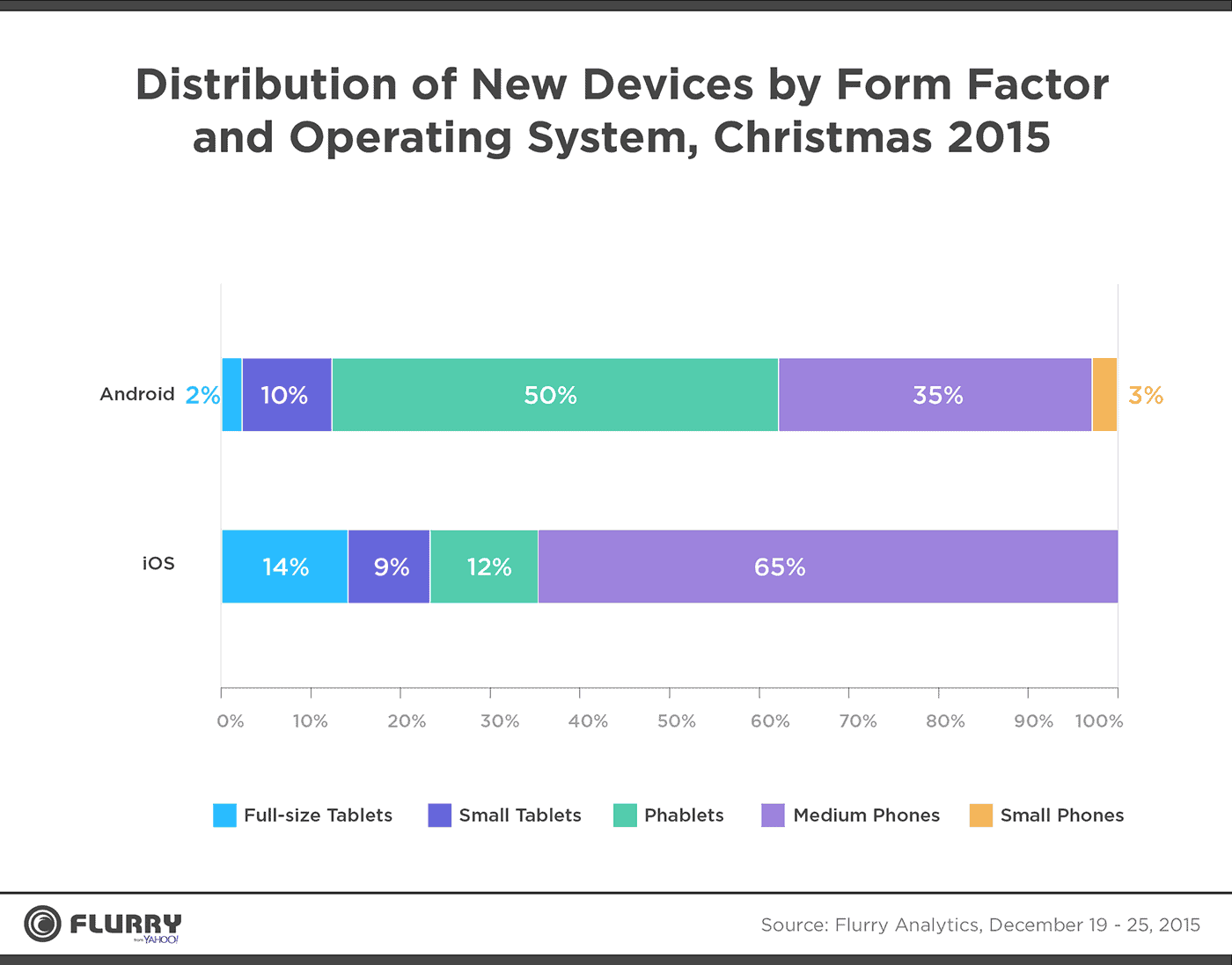