OnePlus has been on quite a roll lately.  They’ve already doubled the number of phones released in 2015 compared with 2014, and now it looks like they might be getting a head start on the new year.  The OnePlus 2 launched back in August and featured some pretty top-of-the-line specs for a very nice price, once again keeping with their line of Never Settle when it comes to base specs and price.  While there was plenty of criticism landed at the company over omissions like NFC and problems with that fingerprint scanner featured on the front, the phone overall was a pretty solid device.

Just a few months later OnePlus revealed the OnePlus X, a smaller, sleeker version of their original phone with an even nicer price tag of $250.  It’s likely this smaller handset has done quite well for them, and now it looks like they might be offering a more beefed up version of the OnePlus X featuring the specs of the OnePlus 2 instead of the original One’s specs if this leak from Chinese certification site TENAA holds true.  Full specifications along with pictures of the device have been placed on the site, and this wouldn’t be the first time this has happened either.  Given this is an official certification site in China there’s an extremely high likelihood that this is the real deal and that we’ll be seeing it announced soon, so what does it include?

Just like the OnePlus X we’re looking at a 4.9-inch 1080p Super AMOLED display on the front with a body that seems identical to the X, including the exact same dimensions of 140mm high by 69mm wide by 6.9mm thin and weight of 138 grams.  On top of that it looks like the phone has 16GB of storage with microSD card support, a 13-megapixel rear camera and 8-megapixel front camera.  Inside you’ll find the real upgrade from the X, a Snapdragon 810 clocked at 2.0GHz, 3GB of RAM and Android 5.1.1 Lollipop running under the hood.  It seems a bit odd that OnePlus would release a new phone with Lollipop instead of Marshmallow, especially given that they’ve promised a Marshmallow update soon, but this is just an early certification for the device anyway.  There’s no denotation of price here but it’s likely to be a bit more than the OnePlus X but less than the OnePlus 2.  There’s no telling if we’ll hear more from OnePlus before CES next week, but with the launch of the Champagne OnePlus X it’s clear the company has been very busy lately. 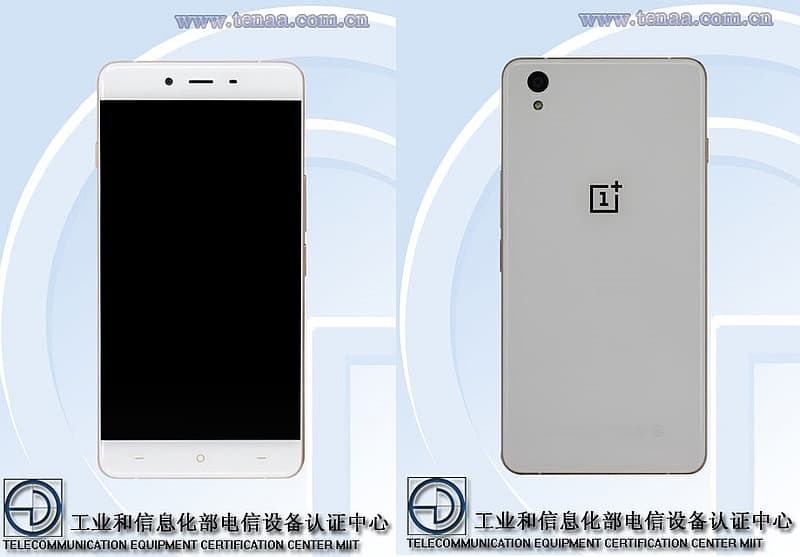