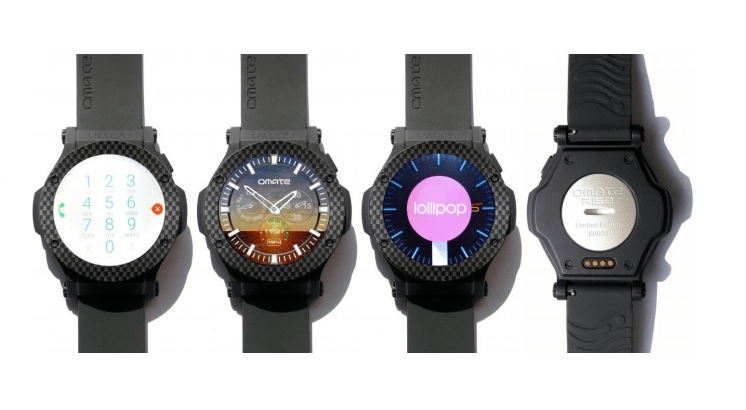 Smartwatches continue to be one of the products which dominates the headlines recently. This is not that surprising though when you consider the number of manufacturers who have gotten behind the platform so far. In fact, it was only a couple of days ago when a new smartwatch was announced by Omate and this one came in the form of the Omate Rise, a 3G-enabled smartwatch that is due to become available in the early part of next year and likely to retail around the $350 marker. However, before its scheduled release, the Omate Rise was said to be making its way to Indiegogo from December 7th in a limited time backing capacity, and as it is now the 7th, the Indiegogo campaign has now gone live.

If you are interested in a new smartwatch, then the deal with the Omate Rise is that for the next two days (Dec 7th through to Dec 9th), the Omate Rise will be available to order through Indiegogo. The big selling point of ordering now is that it comes with a much reduced price and can be picked up for only $199. A selling point which already looks to have made an impact as despite launching this morning, the campaign has already doubled its $30,000 goal. In terms of the specs and in addition to this being a 3G-enabled smartwatch, the Omate Rise includes a 1.3-inch screen which makes use of a 360 x 360 resolution. While inside, the Omate Rise comes equipped with 512MB RAM, 4GB internal storage and is powered by a MediaTek (MT2601) dual-core processor. This is not an Android Wear running smartwatch and instead, is one which comes running on Android 5.1 (Lollipop).

If you want to secure an Omate Rise for $199, then you will have to be quick as this is a Super Early Bird Developer price and only 500 have been allocated at this price, with half of them already backed. If you do miss out on that very low price, then there are other early backing prices available for $209 and $219. Although, it is worth keeping in mind, that all of this early backer prices are only able during the initial 48 hour window. You can find out more about the campaign, the smartwatch in genera or what prices are currently available by heading over to the Indiegogo campaign page.