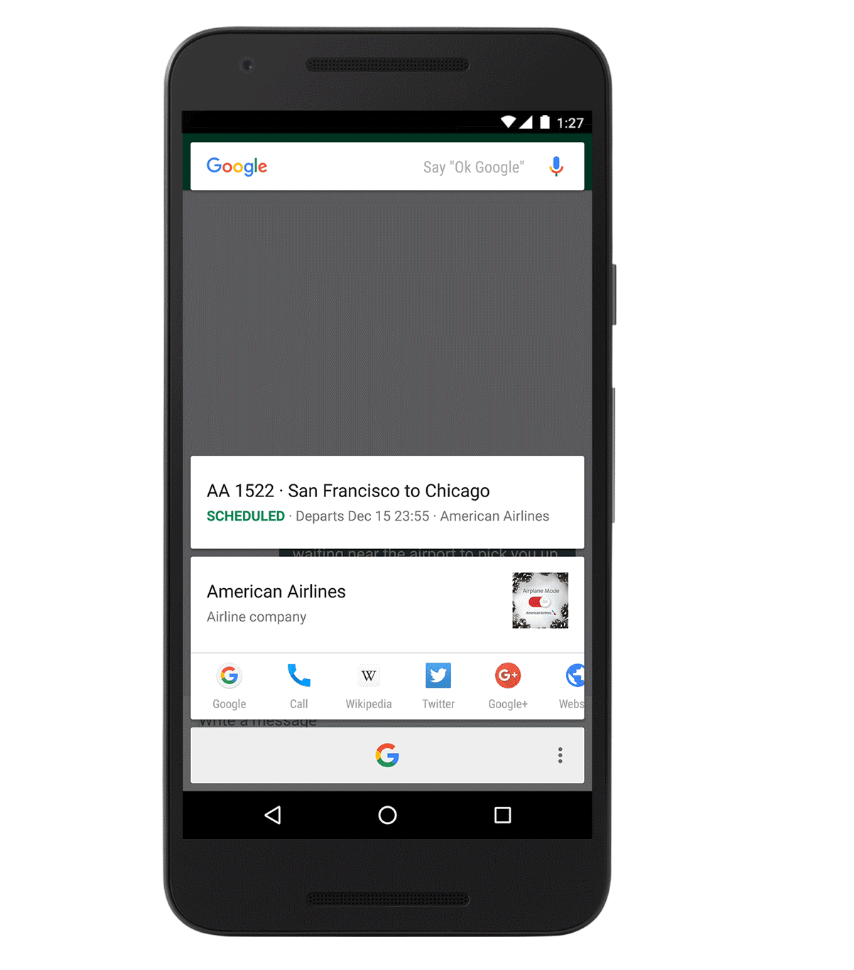 Google had been making a few announcements already today, although a number of them have surrounded their latest mobile payment application, Android Pay. That said, one of the other announcements they made today is one which is in reference to their latest take on Google Now, Now on Tap.

This is the latest version of Google Now which comes as part of the upgrade to Android 6.0 (Marshmallow) and basically brings with it a smarter version of Now. Take smarter to mean a more contextually aware version of Google Now. One which looks to provide you with more detailed and relevant information without having to go through more work. Simply holding down the home button while viewing a page, in-app content or otherwise will allow for more detailed information coming through. On that note, the announcement from Google today has confirmed that the latest update rolling out to Now on Tap, will bring with it greater integration of information for aspects like flight and package tracking.

If you are more interested in the flight side of things, then the latest update will allow you to receive flight information without having to actually search for it. As Google uses in their example, if a friend emails or texts you their flight details, holding the home button will instantly bring up the most recent flight information. Likewise if you are waiting on a package then all you have to do is be viewing any of the confirmation correspondence from the sender and holding down the home button will provide you with the tracking details and so on.

They were not the only aspects that are included in the update though. Google also notes that Now on Tap results for news articles will bring up links to related content and you will also be able to share a screenshot without having to leave the screen you are on. Last but not least, Google also confirms that Now on Tap is compatible with more languages including French, German, Italian, Korean, Russian and Spanish. In terms of the update, Google notes it will be heading to devices running Now on Tap in the next few days.