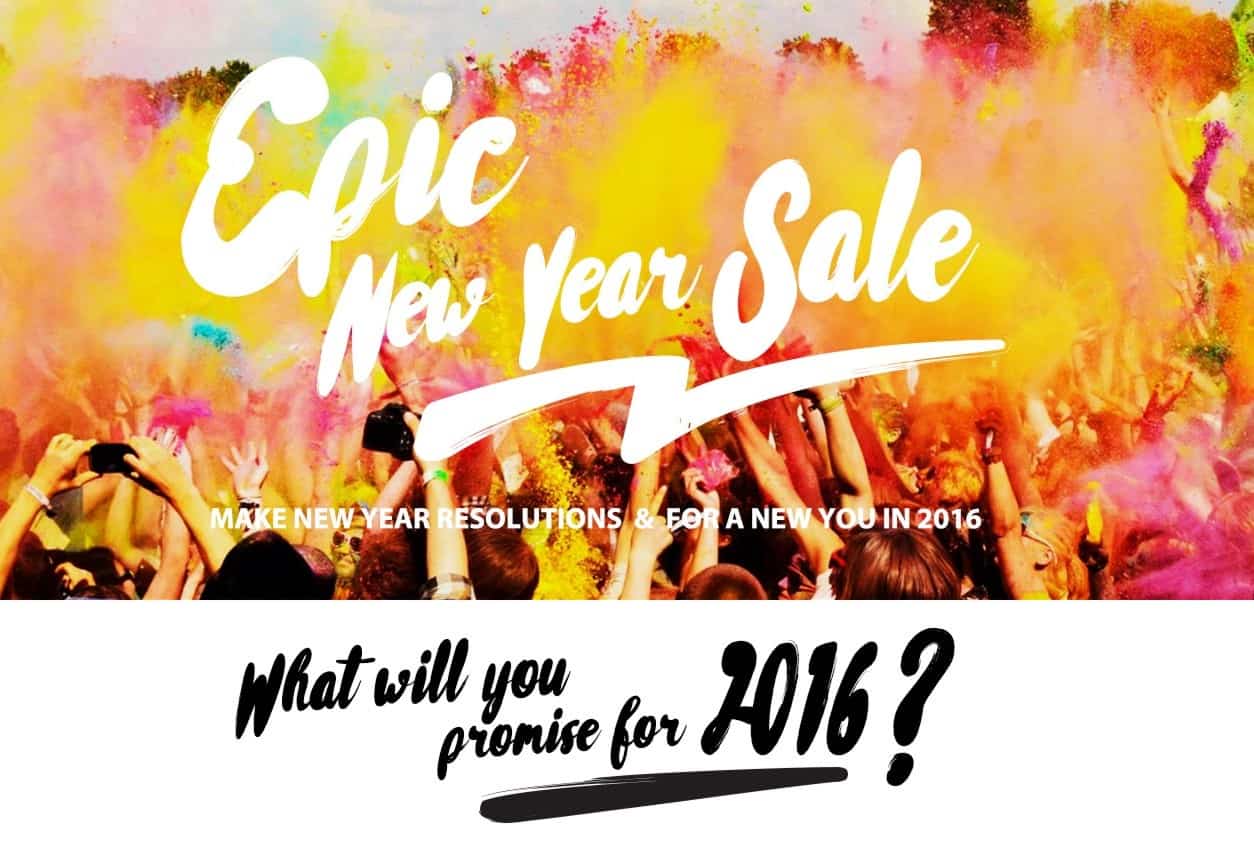 Depending on your outlook, the new year is about a new you and loads of other new things. New first dates, new movies, new games, and in this day and age, new devices. While many of us look forward to the new devices coming out in 2016, the new year also means the opportunity to pick up new devices which have launched the previous year, in this, those which have been released in 2015. To celebrate the new year and all the new things to come, GearBest which is generally known for their great deals on smartphones, tablets and other mobile devices, is holding a special New Year's sale to help everyone ring in the savings some of 2015's top devices.

The new year is also about resolutions for many individuals, and the most common tends to be the promise to one's self to get more exercise, get in shape, and stay fit. To do this you'll likely want an activity/fitness tracker which can help you keep track of your stats like calories burned and steps taken, and ultimately meet your fitness goals. As part of the New Year's sale, GearBest has a number of trackers on offer at discount prices, like the Xiaomi Mi band for just $10.99 down from a normal cost of $19.99, and the Xiaomi Mi Band 1s Heart which comes with a heart rate sensor for just $28.60 instead of $52.09.

Aside from activity trackers, you can also find discounts on mobile devices like the Ulefone Be Touch 3 4G, which normally costs $238 but during the New Year's sale you can pick it up for just $149.99, or you can grab the Xiaomi Redmi Note 2 for just $169.22 instead of $445.52. If you already have a smartphone but are in need of accessories for it, you can find some deals on items like Samsung 64GB microSD cards for just $16.89. There are tons of great deals on all kinds of electronics from GearBest going on for the sale and not just the items listed here, and you can head on over to the link below to check out what's on offer.

GearBest New Year's Sale
Trusted By Millions
Independent, Expert Android News You Can Trust, Since 2010
Publishing More Android Than Anyone Else
34
Today
169
This Week
661
This Month
3173
This Year
104652
All Time
Advertisement