While there are many solutions to make older TV sets a little smarter, Google’s Chromecast is quite an interesting device because of its compact size and the streaming capabilities it brings at such an affordable price. Using a Wi-Fi connection, users can mirror their Chrome browser from their computers or use many apps compatible with this technology. Google released a second generation Chromecast recently with an all-new design and improved Wi-Fi performance. During the holiday season, Chromecast can help families to share special moments by streaming a movie or watching a photo show together. Moreover, Google has added new Chromecast-enabled games compatible with Android and iOS devices.

The new Angry Birds Friends by Rovio lets you play with your favorite characters and participate in weekly tournaments. For those looking for a little more action, Ubisoft’s Driver Speedboat Paradise is a racing game featuring many waterways around the world. Hasbro has also created some new games that support this technology (although these are available in the US and Canada only), the list includes titles such as Monopoly Here & Now, Yahtzee Blitz, The Game of Life, Scrabble Blitz 2.0 and Risk. All of these titles have been specially tailored for the big screen, allowing interactions between the TV and mobile devices, creating a multiplayer mode, the board will be displayed on the TV so everyone can see it, but you’ll be seeing private content on the screen of your smartphone and your device can also be used to control the elements displayed on the TV.

There are already many apps and games compatible with this technology and developers will probably keep making apps meant to be displayed on a larger screen, which is one of the great things about the Chromecast. For $35, it’s definitely worth considering as a purchase, as is it a good way to keep the family entertained and playing together and especially during a time where most places are closed. Although the abilities are likely to be ones which will be of use during any rainy day. The overall experience seems to be quite good as it is easy to set up and there’s almost no lag or latency, making interactions between devices almost seamless. 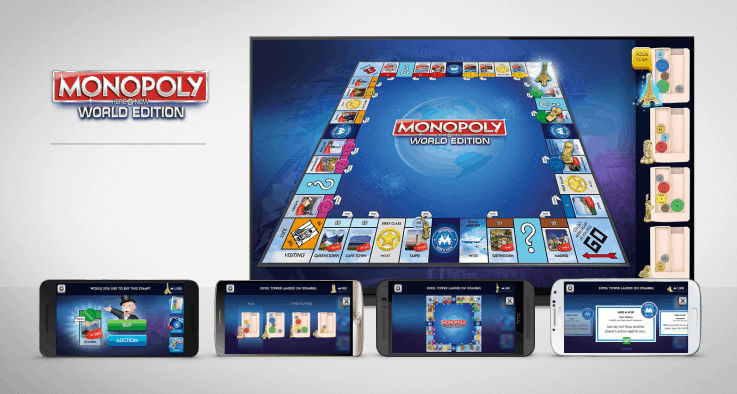