Skip to content
Trusted By Millions
Independent, Expert Android News You Can Trust, Since 2010
Publishing More Android Than Anyone Else
1
Today
159
This Week
249
This Month
8383
This Year
125860
All Time 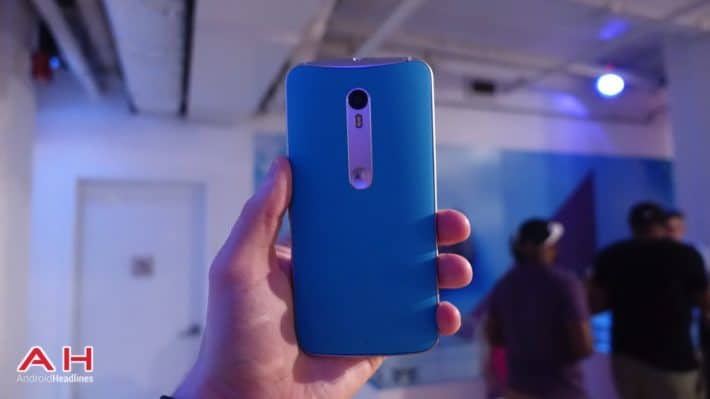 The Moto X Style, yes that’s the international version of the Moto X Pure Edition we have in the States, is getting it’s Android 6.0 Marshmallow update right now. So if you’ve been waiting to get some Marshmallow goodness onto your Moto X Style, you won’t need to wait much longer as it’s on its way now. Android 6.0 Marshmallow first began rolling out to the Moto X Pure Edition earlier this week on some carriers (a bit strange considering it’s a “Pure Edition” and carrier free), and now our friends in other parts of the world can get the update. The update is heading out over the air, as usual, and you can go to Settings > About Phone > System Update and pull it down.

Android 6.0 Marshmallow was announced back at Google I/O in May and actually started rolling out to Nexus devices in October. So getting it two months later on the Moto X Style is a pretty good thing. As it seems Motorola took their time with this update, something they didn’t do with Lollipop last year, which caused all sorts of problems for users. Marshmallow brings a slew of new updates and features. Most of which are under the hood, however the biggest update is perhaps Doze. And what Doze does is it puts your smartphone into a very deep sleep when you’re not using it. This means no notifications coming in, no waving your hand over the screen to use Moto Display or anything. And standby time has really gotten a whole lot better with Doze in Marshmallow, Moto X Style users should see this in their update today.

Motorola hasn’t published a changelog just yet, but you can bet that they have squashed some bugs in this update for the Moto X Style, as they normally do. Motorola will likely publish a changelog in a few days for the Moto X Style, but until then, you can enjoy the goodness that is Android 6.0 Marshmallow. As one of only a handful of smartphones with the update. Actually it’s really just the first, since the HTC One A9 launched with Android 6.0 Marshmallow.