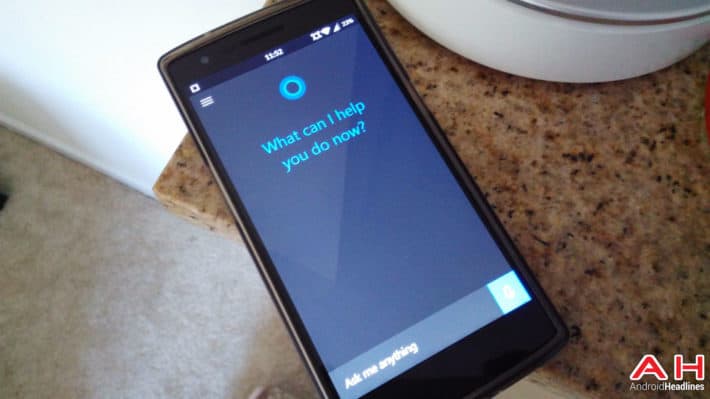 Digital personal assistants on smartphones and other mobile devices are quite useful, as they can not only provide the requested information almost instantly, but they can also learn from your habits and predict actions. The stock digital assistant on Android is known as Google Now, the one on Apple devices is Siri, and Microsoft has Cortana. Microsoft has been releasing a number of their apps for the Android operating system, and recently the company released Cortana for the OS, after being extensively tested in beta. Besides providing the functionality of a digital assistant, it could be even more useful for those who own an Android device and a Windows 10 PC, as the data will sync between these devices.

While apps usually get updated to improve their performance and get a few extra features, Microsoft is now updating Cortana in a rather unusual way. The changelog includes improved app stability and enhanced call and text features, which is expected, but it also mentions "Removed "Hey Cortana" feature for US market". This means that users in this region will no longer be able to open up the app using their voice for that particular phrase. This functionality was quite useful as it allows the ability to control aspects of the smartphone without needing to touch it, so it comes in handy when users get their hands busy.

It seems that Cortana had a bug that resulted in stopping the microphone on Android devices from working as it should, so basic functionality like making a phone call, was impossible. Apparently, the bug made the "Hey Cortana" command to interfere with Google's own "OK Google" voice command, so when users activated this feature on Microsoft's app, the microphone would stop working on every other app. Of course, the solution was to stop the app or disable this functionality, so now Microsoft is disabling it for all users in the US. The app is also available in China, but since users in that region can't use many of Google's services, it might not be creating such a conflict. Apparently, users in the US will have to wait a little longer until Microsoft solves this issue to get the full functionality of Cortana back.