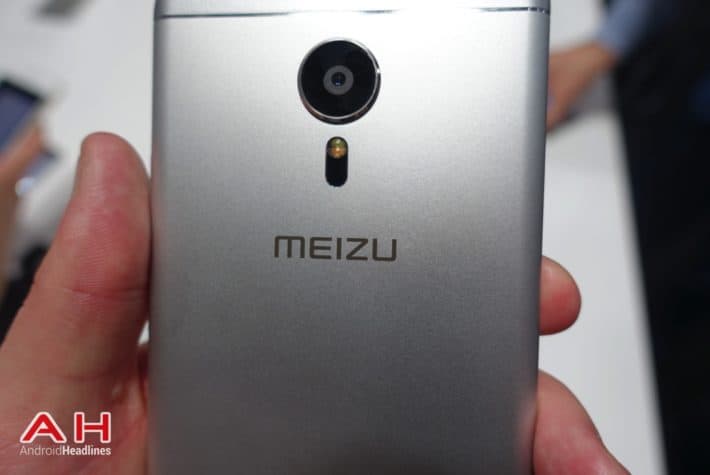 Meizu has announced quite a few compelling devices this year, and the Meizu PRO 5 is definitely the most interesting one. This smartphone was announced by the company back in September, and is their most powerful device to date. The PRO 5 is the only smartphone outside of Samsung's ecosystem to be powered by the Exynos 7420 14nm 64-bit octa-core SoC, which is interesting. Either way, back in November, rumors started popping up saying that the company is getting ready to announce the smaller version of the PRO 5, the PRO 5 Mini. Soon after that the company's Vice President, Li Nan, said that the device might arrive in the first half of next year. Well, according to the new info, it might arrive sooner than we expected, read on.

According to a newly leaked info in China, the Meizu PRO 5 Mini might actually arrive before the end of this month. The China-based analyst, Sun Changxu, said that the company plans to launch a new all-metal device before the end of this year. Now, the analyst doesn't specifically say we're looking at the Meizu PRO 5 Mini here, but considering that's the only Meizu-branded handset that was rumored lately, we assumed that's the one. There's, of course, a chance that he's talking about the Meizu M3 Note, so keep that in mind. The M1 Note was announced back in December 2014, while its successor, the M2 Note, arrived in June this year, so this seems like a perfect time for the company to release the M3 Note, and it could be made out of metal.

Now, no matter which phone we're talking about here, it seems like Meizu is getting ready to launch yet another handset before the year ends. We still don't have any info when it comes to the M3 Note, but we do have some leaked PRO 5 Mini specs to tell you about. According to a leaked listing, the Meizu PRO 5 Mini might sport a 4.7-inch 1080p (1920 x 1080) display along with 3GB of RAM and 32GB of expandable internal storage. As far as its SoC goes, we've seen a number of conflicting information thus far. The leaked listing said that the phone will be powered by the Helio X10 SoC, a rumor mentioned the Helio X20, and another rumor claims that the phone will be fueled by the same SoC its big brother sports, the Exynos 7420. The device will feature a 16 or 21-megapixel shooter on its back, and you can expect the 5-megapixel snapper to be available up front. The phone will probably look identical to the PRO 5, but will be significantly smaller.