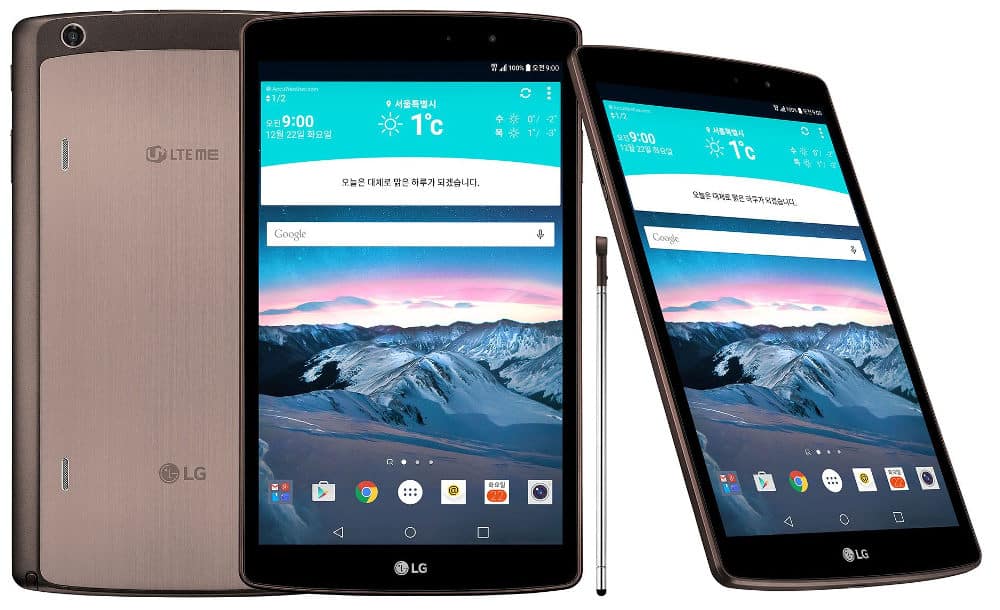 LG is one of the largest smartphone manufacturers in the world, and the company has released quite a few devices this year already. Well, the year is almost over, and LG has actually decided to release yet another device before 2016 comes knocking on the door, and surprisingly enough, we're looking at a new LG-branded tablet. As you probably already know, the company has showcased their G Pad II 10.1 and G Pad II 8.0 LTE tablets back in September during iFA, and is now back with another member of their 'G Pad' family, the LG G Pad II 8.3 LTE, read on.

The LG G Pad 8.3 LTE has been announced in Korea, LG's homeland. As its name says, this tablet sports an 8.3-inch display up front, and its resolution is 1920 x 1200 (WUXGA). This device is fueled by Qualcomm's Snapdragon 615 64-bit octa-core SoC running at 1.5GHz along with an Adreno 405 GPU for graphics. The device also packs in 2GB of RAM and 16GB of expandable internal storage (expandable up to 128GB via a microSD card). The 8-megapixel shooter is available on the back of the G Pad 8.3, and a 2-megapixel shooter can be found up front. The 4,800mAh battery is also available on the inside, and this tablet does offer 4G LTE connectivity, which means there's a SIM tray also included here.

This tablet actually also ships with a stylus, as you can see in one of the images in the gallery down below. As far as software is concerned, the G Pad 8.3 LTE ships with Android 5.1.1 Lollipop with LG's custom UI available on top of it. Speaking of software, it is worth mentioning that Microsoft's Office applications come pre-installed here. The G Pad 8.3 LTE measures 216.8 x 126.5 x 8.8mm, while it weighs 366 grams. That being said, the tablet comes in Brown color options only (at least for now), and it will be available in South Korea though LG U+ (local operator) starting from December 23rd. Unfortunately, we still don't have any information on the pricing of this tablet, you'll have to wait until LG U+ start selling this tablet.