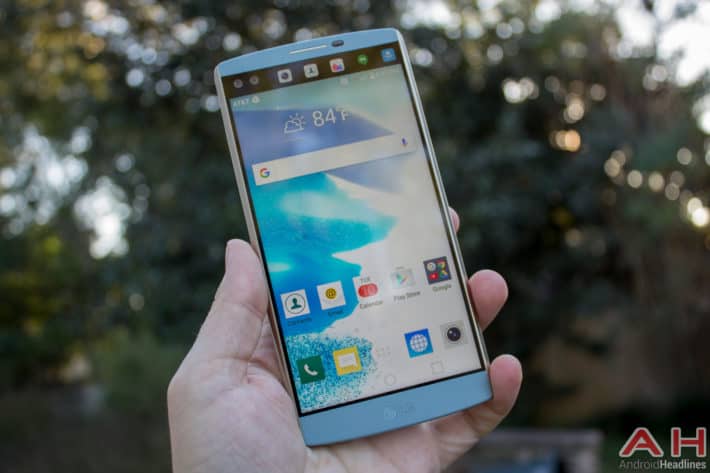 South Korean consumer electronics manufacturer LG has started a new promotional offer for its latest premium smartphone, the V10. As part of the latest marketing effort aimed towards maximizing sales of the handset, the company has now started offering a 64GB microSD card, an extra 3,000 mAh battery and a charging cradle to buyers of the dual-screen, triple-camera smartphone for a limited time. When the phone was launched earlier this year, it came with a free accessory bundle that included a replacement battery, a spare battery charger and a 32GB microSD card. All of which were meant to highlight two features that are becoming increasingly endangered on modern smartphones – user replaceable batteries and microSD card slots to expand built-in storage.

While that initial promo ended long back, the South Korean company introduced a new one to replace it, back in October. This time around, LG upped the ante and started offering a 200 GB microSD card, along with the extra battery and the charging cradle, but that particular promo also ran its due course and for the past couple of weeks, the device has been on the market without any additional goodies on offer. The current offer meanwhile, will be open only to anyone buying the device at AT&T, T-Mobile and Verizon, according to the press release by LG. There's no word on whether buyers of an unlocked V10 will also get the same benefits or not. According to LG, the offer is already live as of the first of December, and the additional free stuff will be available to those who buy the handset within the twentieth of this month. LG has also set up a dedicated website for its customers to redeem the offer, which has to be done within the 31st of this month.

As a quick reminder, the LG V10 features a 5.7-inch QHD (2560 x 1440) panel as its primary display and a 2.1-inch 1040 x 160 panel as its secondary display that houses app shortcuts, etc. The device is powered by Qualcomm's Snapdragon 808 SoC, and comes with 4 GB of RAM and 64 GB of internal storage. The device features as many as three cameras as mentioned already, with the primary one incorporating a 16-megapixel sensor. The smartphone also comes with Android 5.1.1 Lollipop pre-installed and carries a removable 3,000 mAh Li-Ion battery.