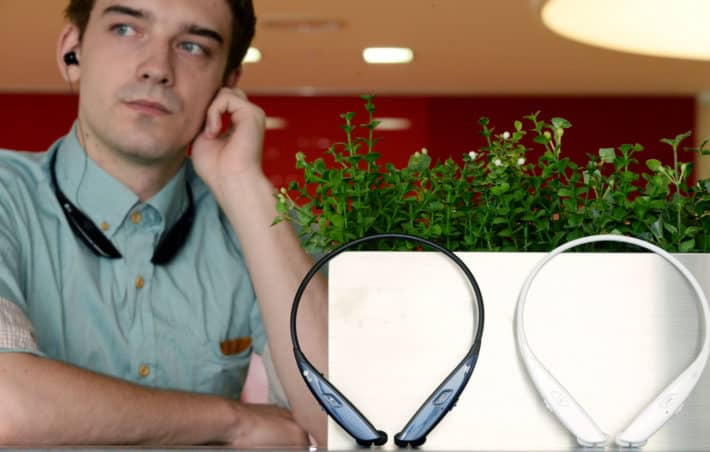 The year is coming to a close and as everyone gets ready for the new year, smartphone manufacturers around the world are also getting ready for their new products for 2016. Especially with the scheduled CES 2016 set for next month, it only makes sense why companies would want to get ready for this event. Earlier today, LG has released information that they will be introducing a new Bluetooth Stereo headset model. Called the LG TONE+ 2016 (HBS-910), this headset has been created with design and functionality in mind.

Apart from the improved aesthetics and build, the premium headset is said to be available with an Advanced Quad Layer diaphragm, giving its users a rich bass and an ultra clear treble that cannot be compared with single-layer diaphragm headsets. In addition to this, the headset comes with dual microphones so that voices can accurately be captured. And in noisy environments, the headset works well since its audio quality now works by blocking ambient noise. The headset also comes with an LG Tone & Talk feature button, which users can press to read out SMS messages. When connected, an alarm on the phone can be activated from the headset too.

The CES 2016 will be happening next month and will be held in Las Vegas. It is considered as the world’s largest consumer electronics show. When it launches, viewers will get to see the LG TONE+ 2016 headset in different colors such as Black, White, and Pink. After its unveiling at the event, the headset will start selling in Korea and will then be sold globally throughout the United States, Europe, Asia, and Latin America by February 2016. There has not yet been any released information on how much the LG TONE+ 2016 headset will be sold. But with CES 2016 just a few weeks away, this information just might be released to the public shortly.