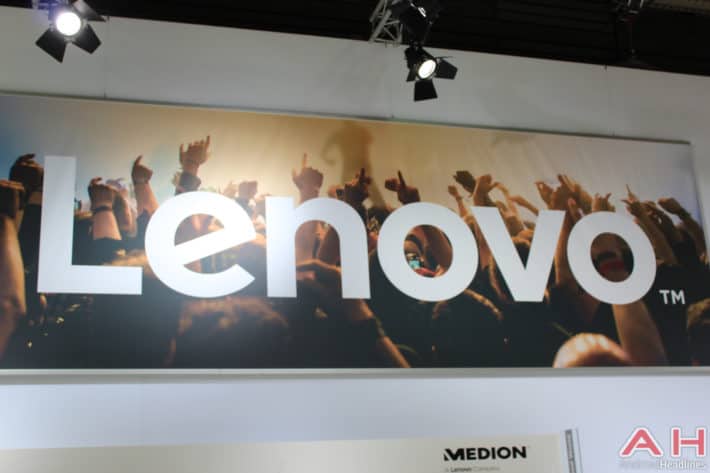 While Lenovo has been able to hold its own and actually increase market share in the rapidly-shrinking global PC market, the company hasn't been so lucky when it comes to its smartphone biz, especially of late. Amidst falling sales and diminishing market share in its home country, Lenovo's smartphone business is facing stiff challenges both at home and abroad. Its acquisition of Motorola hasn't exactly been the success it would have ideally wanted either, meaning, Lenovo is now only the fifth largest player in the Chinese smartphone market. Which is quite a downgrade for the company, considering it was, not so long ago, the fourth largest player in its home country, and enjoyed an eight percent share of the smartphone market globally back in the second quarter of FY2015 (Q3, 2014). Currently however, the company is languishing at number five on the list with just 4.7 percent share of the market globally, with no signs of a turnaround on the horizon.

While a number of Lenovo's woes stem from the fact that the unlocked-smartphone bug has well and truly started to bite the Chinese consumer, leading them to buy handsets directly off of the internet from vendors such as Xiaomi, Elephone and OnePlus, rather than through traditional carrier channels. To combat the rapidly-shrinking margins in the highly-competitive Chinese smartphone market, the company now says that it will concentrate on expanding its reach beyond its national borders, into high-growth emerging markets elsewhere. The company's CEO, Mr. Yang Yuanqing, believes that the company can "turn the business around in one or two quarters and enter a new era of profitable growth", provided, it can execute its plans without any further hiccups.

While the company reported its biggest quarterly net loss of $714 million in more than six years in Q3, 2015 (Q2, FY2016), the result includes one-time write-offs including 'restructuring and integration costs', which alone accounted for a loss of around $923 million. The company also sacked as many as 3,200 employees including 500 at the Motorola Mobility offices in Chicago, IL. The overall number represents as much as 10 percent of the company's entire workforce globally. That however, doesn't mean the company is anywhere close to throwing in the towel as far as its smartphone business is concerned. Au Contraire, the company is entrusting its Motorola unit to design, develop and manufacture all smartphones to come out of the Lenovo stable, which currently includes three other brands – Vibe, Lemon and Zuk.

According to a study published by Mr. Alberto Moel, senior research analyst at Sanford C. Bernstein, Lenovo should be able to "return to a path of increasing profitability over the next 12 to 18 months". Whether that actually happens or not remains to be seen, but the company does have the credentials to hold its own amidst the impending doom and gloom that is being forecasted by a number of market analysts and industry insiders. As for Mr. Moel, "The launch of a series of new Motorola models allows Lenovo to grow its smartphone business in other markets with more reasonable competition". Amongst the markets Lenovo believes will assist it the most to get back to green, India burns the brightest, alongside Southeast Asia and Eastern Europe.