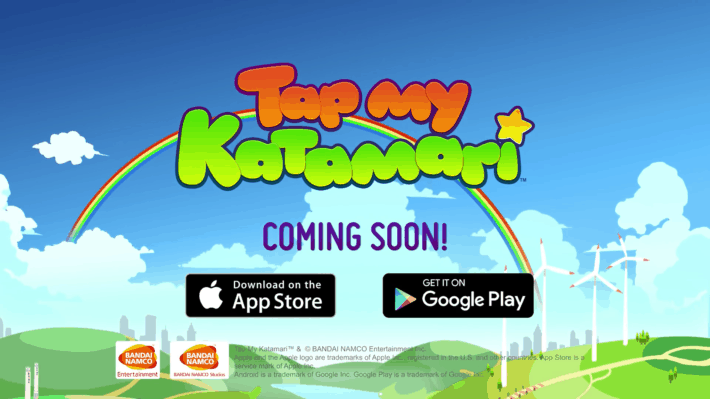 Mobile gaming has become widely popular, so it's not uncommon for some popular titles released for consoles to be released on mobile platforms. Now, Bandai Namco announced a new entry for their popular franchise Katamari Damacy designed specifically for mobile devices called Tap My Katamari. The last game of the series was released in 2012 for the PS Vita, so since it was discovered that a trademark was being filed for a new title of Katamari and it was officially announced at the Jump Festa that this franchise was making a comeback, some fans were really excited.

Sadly, those fans that liked the colorful 3D worlds in which the katamari rolled collecting some smaller items might be a little disappointed with the new title. The trailer shows the King of All Cosmos taking a shower, he sings and breaks all the stars, so then the game begins. We get to see the King talking to The Prince about what happened and he ends the conversation with the phrase "A fine day to tap your katamari!". While the two characters are talking, we get a chance to see the gameplay of Tap My Katamari and it looks more like a side-scrolling "clicker" game, which looks way more simplistic than the random and messy 3D worlds of other platforms.

We still don't know if the gameplay portrayed in the video is all users will get when the game finally gets released, but the title sure seems to suggest that it will. It looks like the developers used a popular franchise title and created a generic game, but we can't know for sure just now and even then, the game could include a few twists to make it stand out from other similar games. On the other hand, current smartphones are perfectly capable of rendering complex graphics, so it could have been a good opportunity to create a 3D game and use the sensors and touch screen capabilities to make the gameplay seem fresh and new. There's no specific date for the release of Tap My Katamari, as the trailer only mentions that it's coming soon for Android and iOS devices.