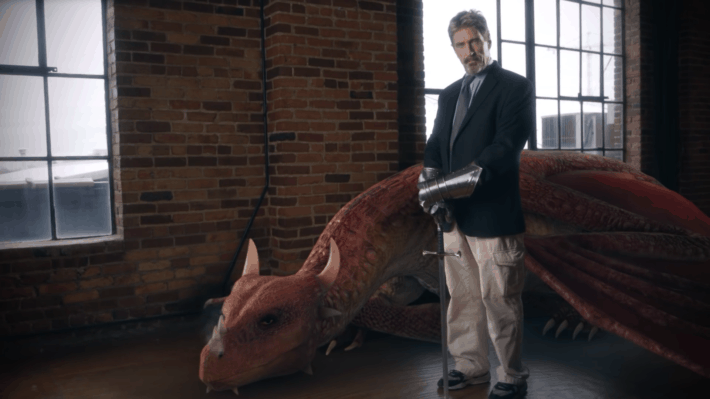 John McAfee, the man most famous for creating the McAfee Antivirus Empire, or perhaps for running for Presidency of the United States, is an oddball character. After making the news some time ago for getting himself into some, shall we say interesting circumstances in Belize, he's back with a new product. Mr McAfee might be running for President of the United States, but if that doesn't work out for him it looks as though he'll have EveryKey to fall back on. EveryKey is essentially a USB stick that is super-secure and can unlock any device that you would otherwise unlock with a password, PIN or something similar. More than two-factor authentication, the EveryKey is an entirely hardware-centric product.

EveryKey is an interesting product, and one that can unlock your Laptop, log into your Gmail account and even unlock the smart lock on your home's door. Should you end up losing it, EveryKey supports a remote freeze feature, which allows you to make it useless should someone try to use it as you would. EveryKey will be lifted off the ground as an IndieGoGo campaign and as of writing it's already been funded, having achieve $66,871, exceeding the needed $20,000. As we enter the year of 2016, it looks as though McAfee's new firm could revolutionize the way we secure and unlock devices and objects day-to-day. The funding finishes on January 12th and all EveryKey orders are to be fulfilled come March 2016.

This is actually a pretty interesting product, there's an EveryKey app that will allow people to change settings and add new passwords and features, and McAfee does at least have some background in securing devices. The only problem however, would be McAfee's more recent past. His antics in Belize made McAfee seem like a legend, a software tycoon gone rogue, mad even. Now, running for President as an offbeat candidate all but guaranteed to lose, it's still a little difficult to take McAfee seriously. Is the EveryKey something that actually works and is guaranteed to be secure? It looks like we'll have to wait until next year to find out, it's a good job that 2016 isn't too far away then, right?