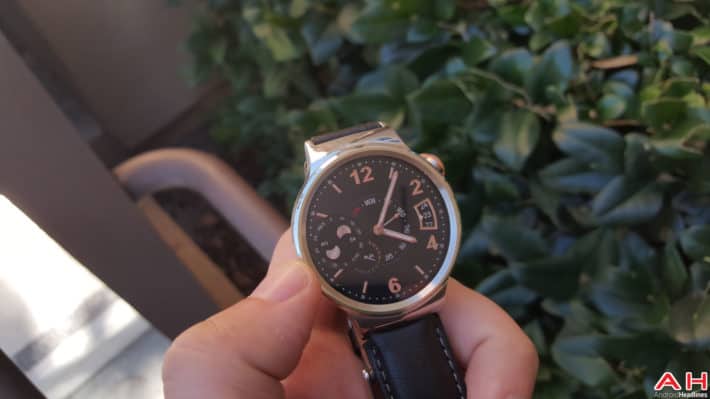 Ever since Android Wear launched last summer, it was surprising to see what both Google and their partners could do with the smartwatch. While Google have steadily improved their original smartwatch platform with new features like interactive watch faces and more their hardware partners have made some stunning watches. Last year's Moto 360 and LG G Watch R were good-looking devices that looked more like watches than they did small computers. One of the big surprises during 2015's Mobile World Congress was the Huawei Watch, an excellent piece of hardware that was more like a timepiece than anything else. Surprising because Huawei is not only more known for their smartphones, but more known for their smartphones sold in China. Nevertheless, the Huawei Watch is super-easy to purchase in North America as well as elsewhere in the world, and it's one of the better-looking Android Wear devices available.

As with most other smartwatches though, the common complaint of it being too large and a little bulky is something people have to say about the Huawei Watch. Just as with the Watch Urbane, also released earlier this year, the Huawei Watch is on the larger side of things. Available in different colors and straps though, the Huawei Watch is customizable. Now, there are rumors that they may be introducing women's watches during CES next year, held in Las Vegas during the first week of January. It looks as though these watches will be smaller, and feature thiner watch bands that are a little more suited to a woman's wrist. Along with this rumor is word that Huawei is already working on a 2nd-generation Huawei Watch to be released later on during next year. This is hardly surprising, judging by all the work that they put in the first watch, they have a solid groundwork to iterate upon and release a new version.

Whether or not Huawei have women's styles in mind for the Huawei Watch is unclear, but we'll be at CES 2016 to find out either way. We reviewed the Huawei Watch earlier this year, and while it's a little pricey for some, it's one of the better-looking Android Wear watches out there, and is more timepiece than gadget in its look and feel.