Huawei has been one of the most successful companies this year. This China-based smartphone OEM is currently the third largest smartphone manufacturer in the world, and they do have big plans for next year as well. Huawei has released a number of interesting devices this year, and the latest of which is their new Mate 8 phablet. That being said, Huawei tends to release a number of mid-range devices per year as well, and one such device will be announced soon, the Enjoy 5S smartphone. This handset has been teased by the company quite recently, and now we have some new info to share with you, read on.

Yesterday’s report talked about the phone’s specs and release date, and today its pricing info leaked. The device is said to cost 1,499 Yuan ($234) in China once Huawei announces it. Now, keep in mind that this is not official info, so take it with a grain of salt. Anyhow, the Enjoy 5S will be a mid-range offering by Huawei. According to yesterday’s rumor, the device will sport a 5.2-inch 1080p (1920 x 1080) display, 3GB of RAM and will be fueled by the Kirin 935 SoC. The 13-megapixel shooter is said to be located on the back of this phone, and an 8-megapixel snapper will be available up front. The 4,000mAh battery will also be a part of this package, and judging by the phone’s SoC and screen size / resolution, it should be more than enough to get you through the day. Android 5.1.1 Lollipop will come pre-installed on the Enjoy 5S, and you’ll be able to find Huawei’s EMUI (Emotion UI) installed on top of Google’s operating system.

Now, Huawei’s latest teaser has also confirmed that this device will ship with two SIM card slots. You’ll be able to use both Micro and Nano SIM card slots here, or use 1 SIM card + microSD card, whichever option you choose. We also know that this handset will be announced on December 3rd, which is tomorrow, so we won’t have to wait long before Huawei confirms all this info. If anything else pops up in the meantime, we’ll let you know, so stay tuned for that. 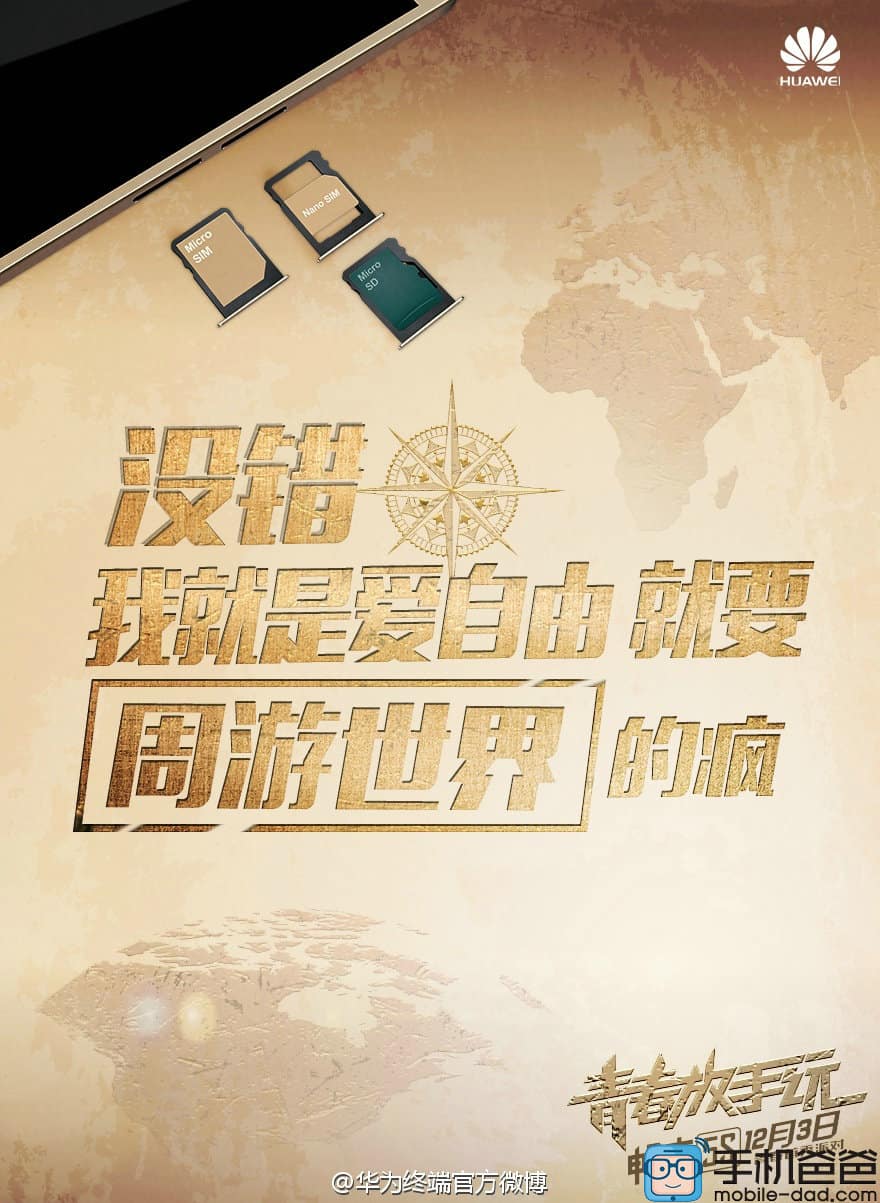