HTC has released One A9 handset a couple of weeks back in hope they can improve their sales before the end of the year. Well, according to the latest reports, the One A9 is actually selling really well, which are good news for the company. That being said, the One X9 handset has started leaking out a couple of weeks back, and in the last couple of days we’ve seen a ton of new information when it comes to this handset. HTC has actually released an official teaser for the launch of the One X9, and the teaser said this handset will launch on December 24th, which is today. Well, HTC did make this phone official, let’s check out what it has to offer, shall we.

The HTC One X9 features a 5.5-inch 1080p (1920 x 1080) display (170-degree viewing angle), along with 3GB of RAM and 32GB of native storage (expandable up to 2TB via a microSD card). The device is fueled by MediaTek’s Helio X10 (MT6795T) processor which is clocked at 2.2GHz, and a PowerVR G6200 GPU is here for graphics rendering. The 13-megapixel OIS shooter (BSI sensor)is located on the back of this device, and so is the dual-LED, dual tone flash. The 4-megapixel UltraPixel snapper (f/2.0 aperture, 24.7mm lens) is located up front, and HTC’s dual BoomSound speakers with Dolby audio are also a part of this package, and they’re also front-facing, which is great. The 3,000mAh battery is available on the inside, and this device actually sports two SIM card slots. HTC failed to mention what version of Android is pre-installed on this device, Lollipop or Marshmallow, so we cannot share that info at this moment. We do know, however, that HTC’s Sense UI is install on top of Android, of course. The handset measures 153.9 x 75.9 x 7.99mm, while it weighs 173 grams.

All in all, this is a metal-clad, mid-range handset which sports three capacitive buttons below the display. The design of the phone goes hand-in-hand with pretty much every leak we’ve seen in the last week or two, and both the power / lock and volume rocker buttons are located on the right-hand side of this phone. The One X9 will be available in Gunmetal Grey and Silver color options, while it costs 2,399 ($370). The phone will be available for purchase in China soon, and the company did not say whether they intend to release this handset elsewhere, nor when that might happen. 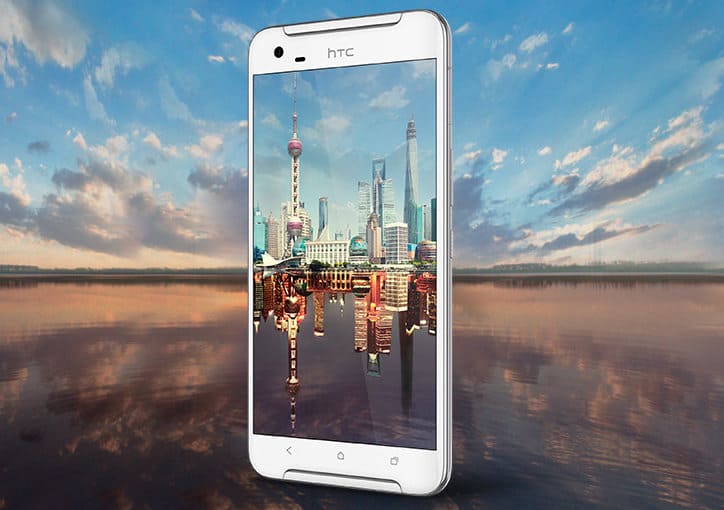