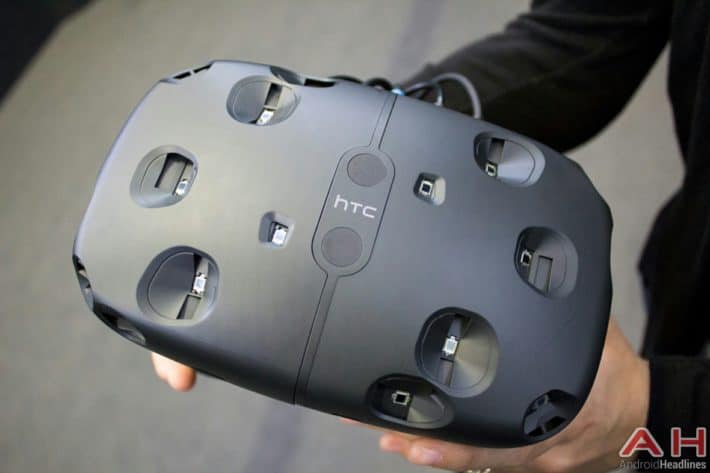 Not too long ago a couple of leaked renders of what are believed to be the new design of the Vive VR headset and controllers from HTC and Valve showed up on the web, and soon after they were shared across Reddit which led us to them. Following up on those leaks, it now seems that those may indeed be the new look of the headset and controllers as HTC's CEO Cher Wang mentions a "very, very big technological breakthrough" that's been made on the virtual reality headset and that they will be showing it off at CES 2016 which is in just a few weeks.

This seems to suggest that HTC will officially be showing off a new design at the event, and although nothing has been confirmed on the new renders they are quite likely the new design. What is unclear is what else HTC has to share. The new design is great as it displays to interested consumers that the company is closer than ever to a finalized product, but it doesn't feel like a change that's worthy of the description given by Wang. Having said that, it's possible, perhaps, that the Vive will be gaining some new features on its way to the planned April 2016 release and this could be what HTC wants to share at CES alongside a new design. It's also possible that HTC may end up having details to share on a final price point as well, as they have currently been quiet on this front.

All that's really known about the HTC Vive's cost is that it's expected to be priced higher than competitor offerings, mainly because HTC states it will offer a more complete experience, with more content, and will be an overall more well-rounded package. HTC had plans to ship the HTC Vive earlier than April of next year, but with the advancements they made they became more excited about the improvements and felt it would be better to offer the newer model to developers instead of shipping this month and having them swap out for a different model later on.