A number of various companies manufacture mobile processors these days, and next year could be extremely interesting as far as SoCs are concerned. Huawei has recently announced their Kirin 950 processor which is extremely powerful, and three additional flagship SoCs are right around the corner as well. Samsung is working on their Exynos 8890 chip, which will be a direct successor to the Exynos 7420 which is, by many people, considered to be the best SoC of 2015. The Snapdragon 820 will quite probably be released to manufacturers in January, and MediaTek’s Helio X20 will also arrive shortly.

The Helio X20 is a successor to the Helio X10, a chip which has been used by many OEMs this year. We’ve already seen Helio X20’s specifications, and the chip did surface on various benchmarking tools to date, but yet another such listing has popped up recently, read on. The Helio X20 has surfaced on Geekbench, and it looks very promising. The SoC has scored 2,193 points in the single-core, and 6,965 points in the multi-core test. In comparison, the Kirin 950 scored 1,871 and 6,383 points in these two tests, respectively. The Apple A9 chip that can be found in the iPhone 6s was able to hit 2,576 points in the single-core, and 4,478 in the multi-core test. As a side note, the Helio X20 is actually a tri-cluster deca-core 64-bit processor

As you can see, the Helio X20 not only looks promising, but will probably be a serious threat to other flagship processors out there. Judging by how the things look at the moment, Qualcomm, Samsung, MediaTek and Huawei have really strong contenders in the flagship SoC game, and LG is rumored to release Nuclun 2 soon, but we still don’t know how powerful will that processor be, we’ll just have to wait and see. That is more or less it, MediaTek is expected to release this SoC to manufacturers soon enough, the company actually said that it will be released before the end of this year, so… stay tuned, we’ll report back as soon as MediaTek provides more information. 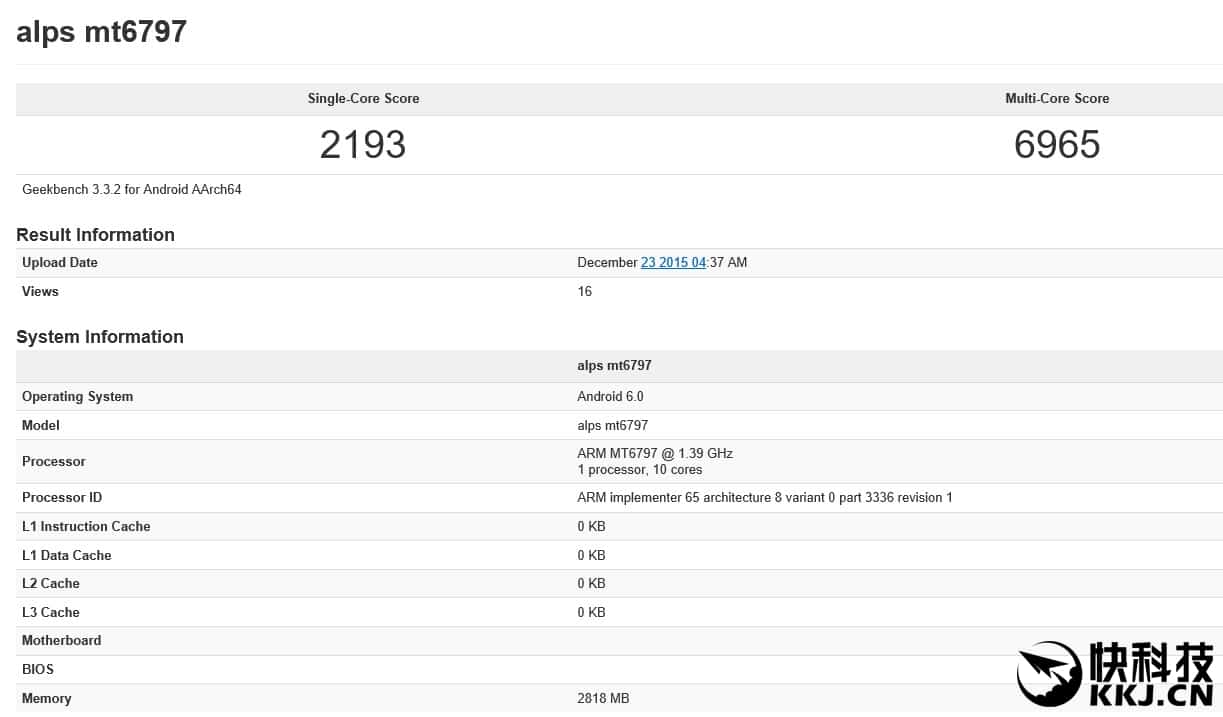