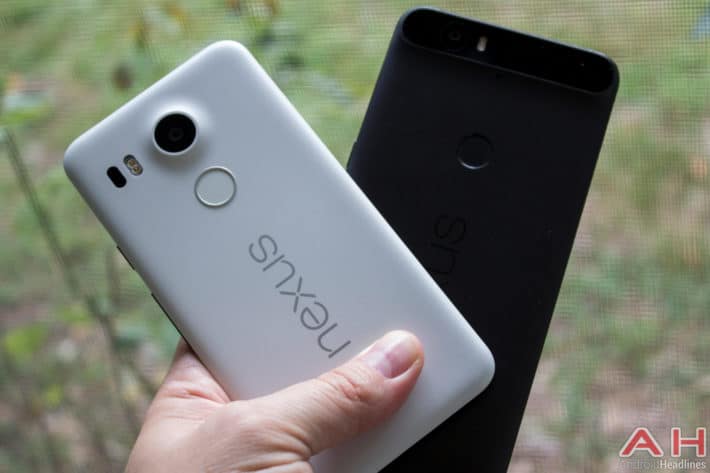 It is getting close to Christmas now. In fact, we are barely over a week away from the big day. As a result, if you are still in need of picking up a gift or two, then you might be running out of ideas. If that is the case then it looks like Google has started a promotion today on what is likely to be two of the most sought-after presents in the smartphone world. The LG Nexus 5X and the Huawei Nexus 6P.

The promotion is nothing too grand, but is still worth taking note of and comprises of two main components. The first and probably the most important, is the price. Starting from today, Google has taken $50 off of the standard price of both devices. So if you are more interested in the flagship Nexus, the Nexus 6P, then this means you can pick up the Nexus 6P for $449 for the 32GB version, $499 for the 64GB version and $549 for the 128GB version. Alternatively, if you would prefer the more affordable Nexus, the Nexus 5X, then the reduced price means you can currently pick up the Nexus 5X with 16GB storage for $329 or the larger variant with 32GB storage for $379.

In fact, this is more than just a last minute Christmas deal as the Google Store does state the prices will remain at the $50 lowered rate right up until December 30th. So it is not something that you have to buy now. However, if you are planning on picking one up for the big day and are worried about deliver, Google has you covered. As well as the reduction in price, Google is also offering free overnight delivery for anyone who purchases either device. In fact, if there is anything you have your eye on at the Google Store, the free overnight delivery part of the promotion applies to all listed products. So all in all, not a bad promotion on two devices that are as new and as sought-after as these. If you had been thinking about picking up either the Nexus 5X or the Nexus 6P, then now might be a good time to do so. Those interested can find out more about either device or purchase them by heading over to the Google Store through the source link below.