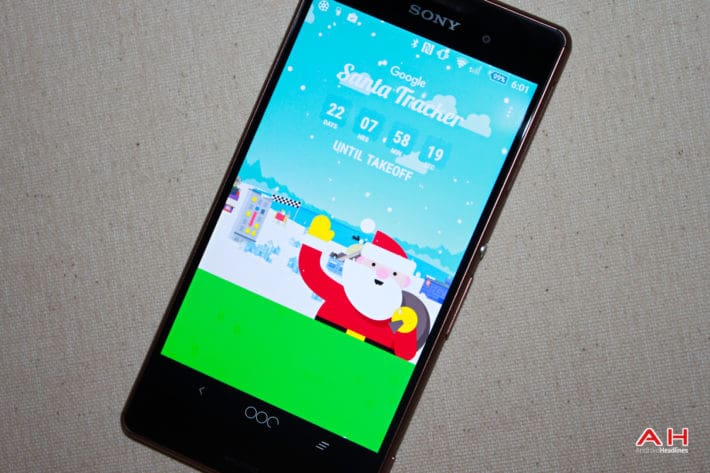 Last year, Google's Santa Tracker was a pretty big deal for those who love getting into the holiday spirit to celebrate Christmas, and this year Google has brought the tracker back so kids and adults alike can keep tabs on old St. Nick and his merry band of reindeer. The tracker this year is available from both the desktop at the actual Santa Tracker website and through mobile devices using the Android application, which can be grabbed from the Play Store for free of charge by anyone who enjoys the holidays as much as the team at Google.

First things first, the obvious big change here is that the Santa Tracker is now available as a downloadable application, but not just for Android TV devices, so those with ATV units can also join in on the fun. The app also has a much more material design style UI compared to the website and app from last year, although, as stated above the Santa Tracker site is alive and well this year too so you can still enjoy things through your computer if you wish. Much of the same idea is kept with the tracker this year, but there is also loads of new stuff to explore at the site as well as in the app, like a new daily activity. Today's for example lets users color in different Christmas Tree ornaments.

There's also the new game on the Santa Tracker site this year called North Pole Airport, and the game in the app features elves in jetpacks, and another which looks somewhat like a Santa Tracker version of Flappy Bird. You can also use the tracker to learn about different holiday traditions from around the world, and there's even a code lab for people to learn about different Google coding projects. The main homepage itself for the site is even a little interactive as you can click on certain stuff when you mouse over it. If you happen to own a Google Cardboard unit, you can also take part in a VR activity that's been included this year. If you're looking to grab the app, you can do so from the button below, or simply visit the main Santa Tracker website to explore and have a little fun.