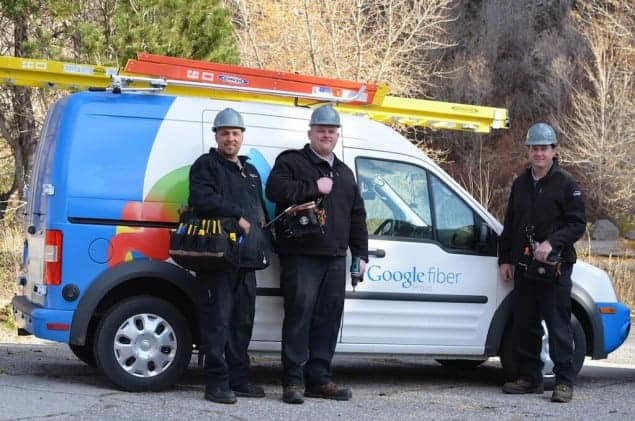 Google's Fiber service has long been watched, both by cities hoping to lure the service to build there and by investors who worry about the capital intensive nature of building out huge infrastructure to compete with the likes of Comcast and AT&T's huge networks. Google, or rather Alphabet, the new parent company of the conglomeration of services that are offered, has assigned the fiber subsidiary to the Access and Energy unit.

Access and Energy includes a wide variety of seemingly almost unrelated services. Fiber is the most developed of these, but it is also the most capital intensive to build out to a full-fledged competitor for major broadband providers. Other units in the Access and Energy unit include OnHub, a wireless hardware group, who's first $200 home router just released, Project Link, a fiber network for emerging markets (starting in Uganda) and RailTel partnership, an Indian broadband provider partnership to outfit 400 railway stations with WiFi.

The group also includes Project Sunroof, an energy project and Project Titan, a result of Google's purchase of Titan Aerospace who made solar powered drones. Not much has come of these two projects, but they are now part of the diverse Access and Energy group and may bear fruit in the future.

The CEO of the new Access and Energy division is Craig Barrat, who was originally from Qualcomm and joined Google in 2013. He was in charge of the Fiber project before Alphabet and has a technical background as well as capable people on his team. If Google decides that developing Fibre into a complete and scalable project is worth pursuing, Barrat is very capable of making that happen. Fiber has achieved some reasonable success in the few cities that it operates in, but it would take a massive capital commitment to enlarge the service. Some analysts feel that the real purpose of Fiber is to encourage other broadband providers to do better. It has worked in the cities that they are currently in as AT&T and Comcast have announced matching fiber-optic speeds.

In January, Alphabet is expected to announce its first earnings report although it may be too consolidated to reveal much about the various units within Alphabet's conglomeration, but it is expected to reveal some data about operating costs and outputs of the units. In the meantime, stay tuned for more developments.