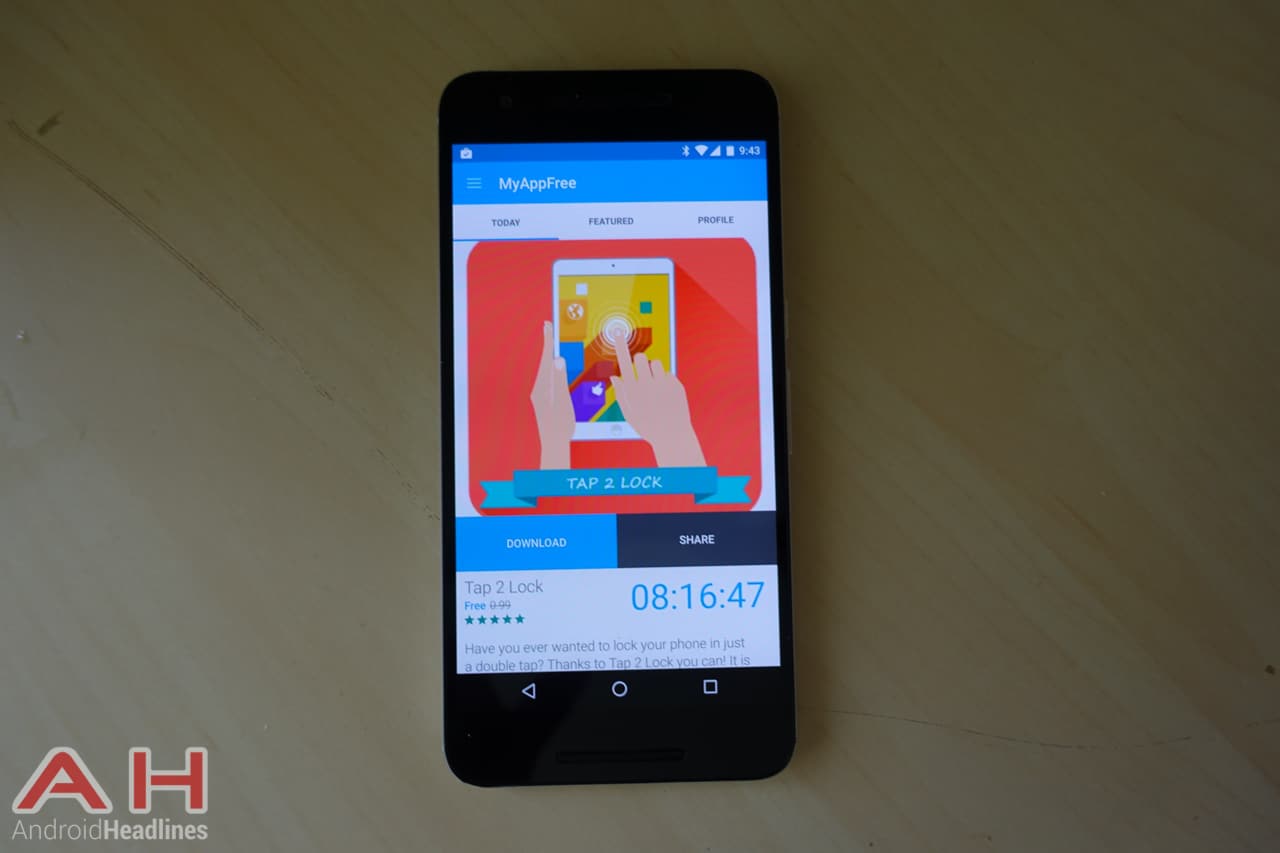 Who doesn't love getting paid apps and games for free? myAppFree does just that. The app has been available on Windows Phone for quite some time and now the team has brought the app on over to Android. The concept is pretty simple. You can score some apps for free using this app. Essentially, the team at myAppFree works with developers to promote their app for free for a certain amount of time. Similar to Amazon's old Free App of the Day feature they used to have, before Amazon Underground. myAppFree has just launched on Google Play and brings its featured app sections as well as "App of the Day" to Android.

Essentially, every 24 hours, there is a new app selected and offered for free inside the app. There are also other deals and promotions available inside myAppFree. In addition to the free apps that are offered in myAppFree, the service also offers discounts on in-app purchases. So you are able to get some nice discounts on that in-app purchase you've been wanting to make but just haven't yet. When you sign up for the service, the profile part of the app has a list of apps that are all curated based on your interests. This is to help you find the apps that you would want to download. myAppFree is a great way for developers to get some advertising for their app, and give their app to some users for free. Which would definitely gain a good number of users.

The interface of the app is actually really well done. It's intuitive, and also offers push notifications. So that way you'll be notified of the deal of the day. It's a free app, and also saves you some cash on some apps and games you've wanted to buy. Currently, myAppfree has over 2 million users around the world. So it's a pretty popular app, and with it launching on Android today, it's likely to gain a whole lot more users. You can download myAppFree from the Google Play Store today and start getting some free apps, because who doesn't love some free apps.