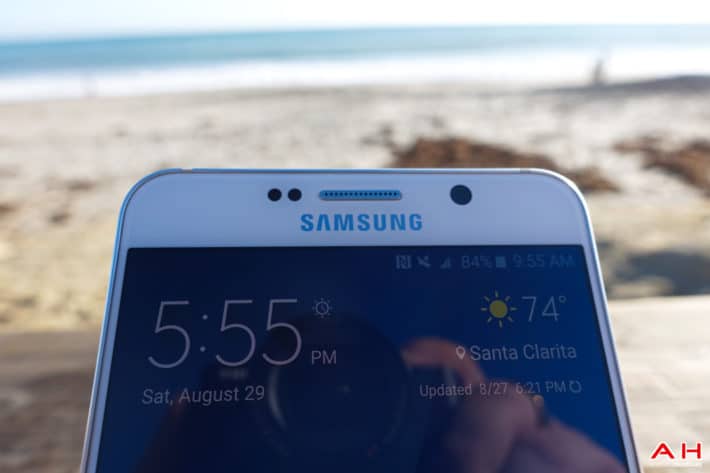 The Samsung Galaxy S7 is already one of the most anticipated handsets of next year. Samsung has decided to change things around this year and introduce four flagship units that offer no removable battery, nor expandable storage, while they're made out of metal. A number of consumers complained because Samsung did not offer expandable storage and removable battery, but ultimately, the company opted for a much-needed change and a more premium Galaxy S6 flagship. Samsung has introduced the Galaxy S6 and Galaxy S6 Edge in March, while Galaxy Note 5 and Galaxy S6 Edge Plus followed in August.

That being said, the company is expected to launch the Galaxy S7 at the end of February during MWC (Mobile World Congress), but some rumors have hinted that the device might launch earlier than expected, in January. Well, that still seems somewhat improbable, but let's assume that it's true. Is this a smart move by the company? Well, it could be, for several reasons. First and foremost, the device would become available earlier than expected, February quite probably, which means that it would help cover Samsung's shaky Galaxy S6 sales numbers. That's not all though, this would move the launch date further away from Apple's March event where the company intends to introduce the second-gen Apple Watch, and quite possibly the iPhone 6C, or something of the sort. The earlier launch date for Samsung's upcoming device would also put it in the spotlight before MWC comes knocking, which could benefit the company as well.

Now, keep in mind that the device is still expected to launch during MWC in late February, but there's a slim chance Samsung might announce it in January, we'll see. Either way, the Galaxy S7 has been leaking for quite some time now, and according to the latest available info, the device will resemble its predecessor quite a bit, at least in terms of the overall design. Samsung is also working hard to optimize their software which will ship on the device, so you can expect an even better version of TouchWiz installed on top of Android 6.0 Marshmallow. The phone will be powered either by the Exynos 8890 or Snapdragon 820 SoC, Samsung will quite probably release two variants of the device. You can also expect the phone to ship with 4GB of RAM, and a 5.2-5.5" QHD display is also expected. That's pretty much it, stay tuned for additional Galaxy S7 coverage.