Social Media has quite literally taken over the world. I can’t think of any show that doesn’t mention Twitter, or another social media platform. And there are more and more popping up each and every day. There are plenty of great social media apps available on Android, including all the latest and greatest networks. Let’s take a look at a few. 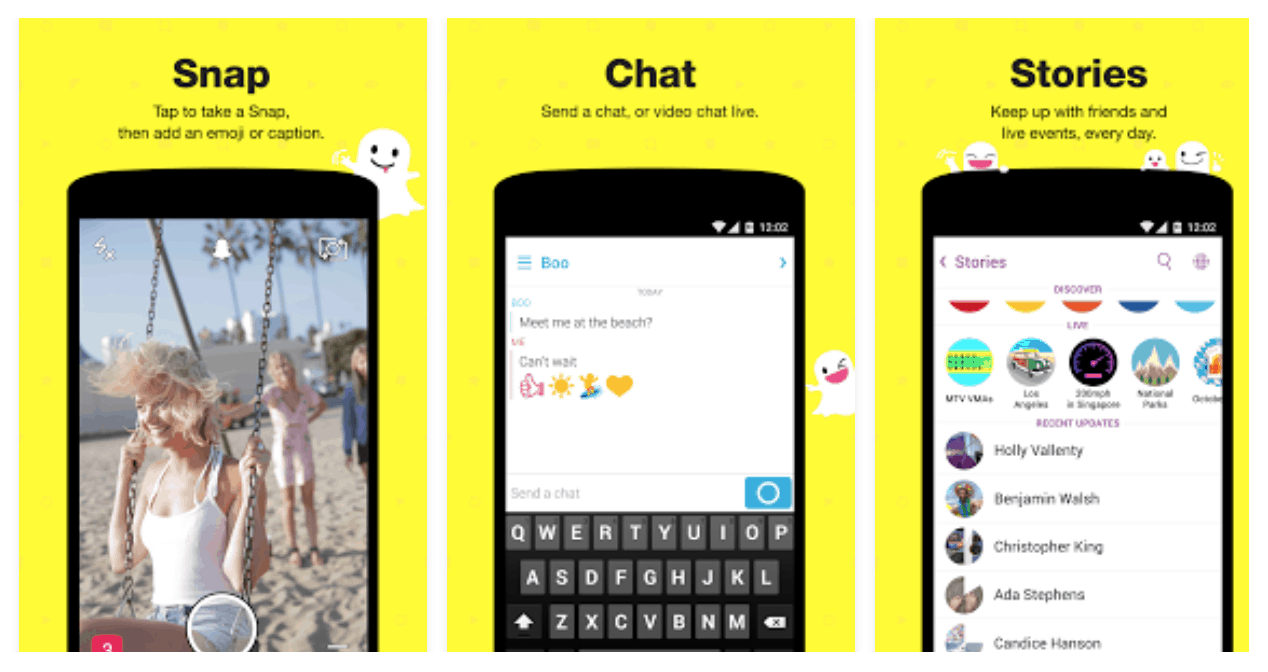 Snapchat has quickly become everyone’s favorite app for social media. It’s a bit different than most of the others. You take a picture and you can send it to someone, but they have a limited of time to look at the picture (10 seconds at most) before it disappears. And if they take a screenshot of it, you are notified. Don’t forget to follow us on Snapchat at Androidheadline. 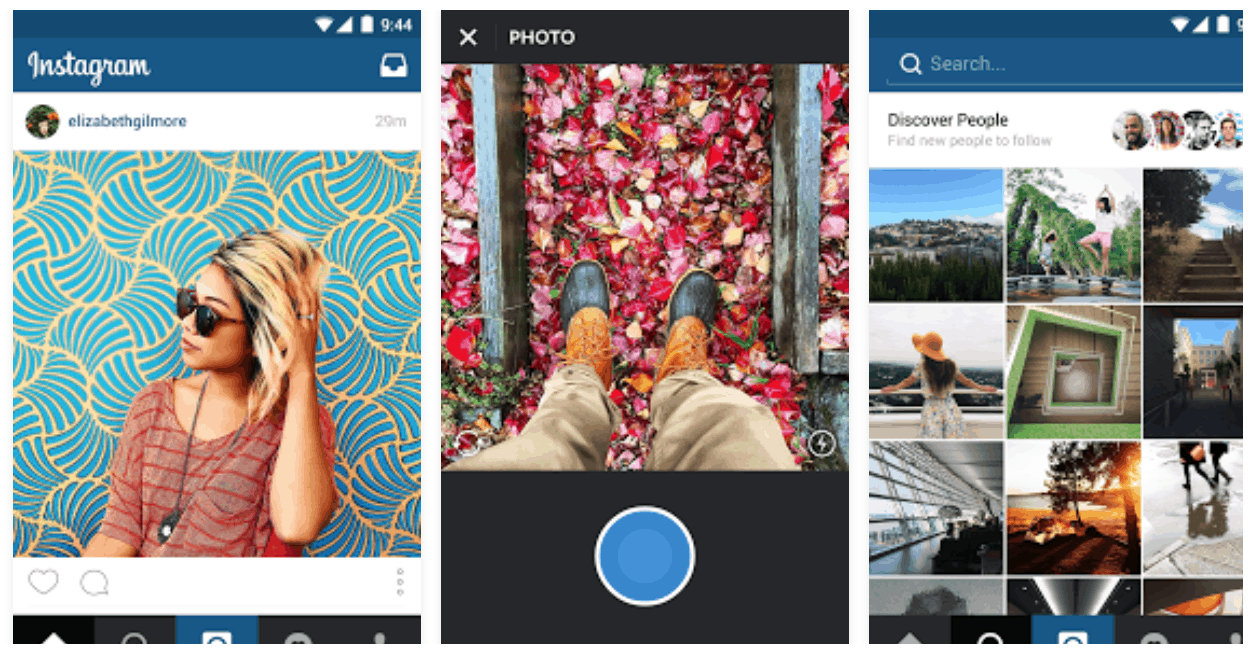 Now owned by Facebook, Instagram is still one of the more popular apps on Android. Instagram allows you to share pictures with anyone and everyone. It has built in photo editing tools including a slew of filters that can give a unique effect to your pictures. Additionally, Instagram allows you to send pictures to people privately, so that not everyone else can see the pictures. And don’t forget to follow Android Headlines on Instagram for some sweet content. 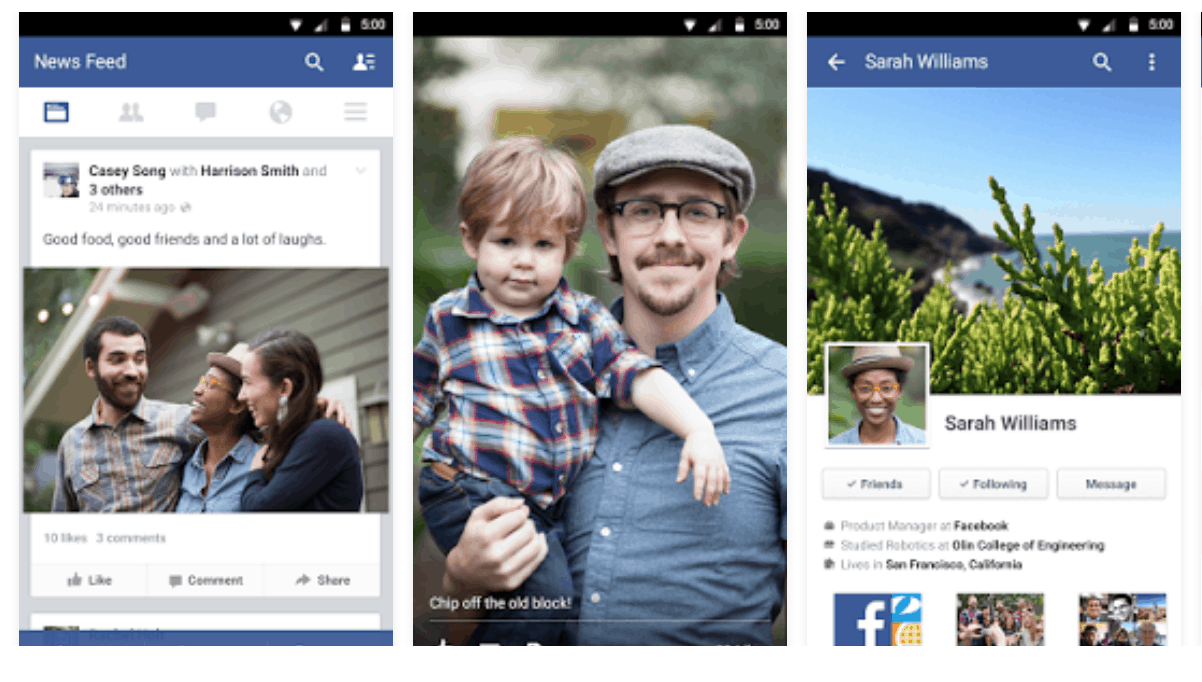 You likely don’t need to know what Facebook is about, as it has been the biggest social media site for years now. But Facebook on Android is actually a pretty good experience. Allowing you to browse your feed, check your friends profiles out and much more. Oh and don’t forget to follow Android Headlines so you can stay up to date with all of the latest Android news and happenings. 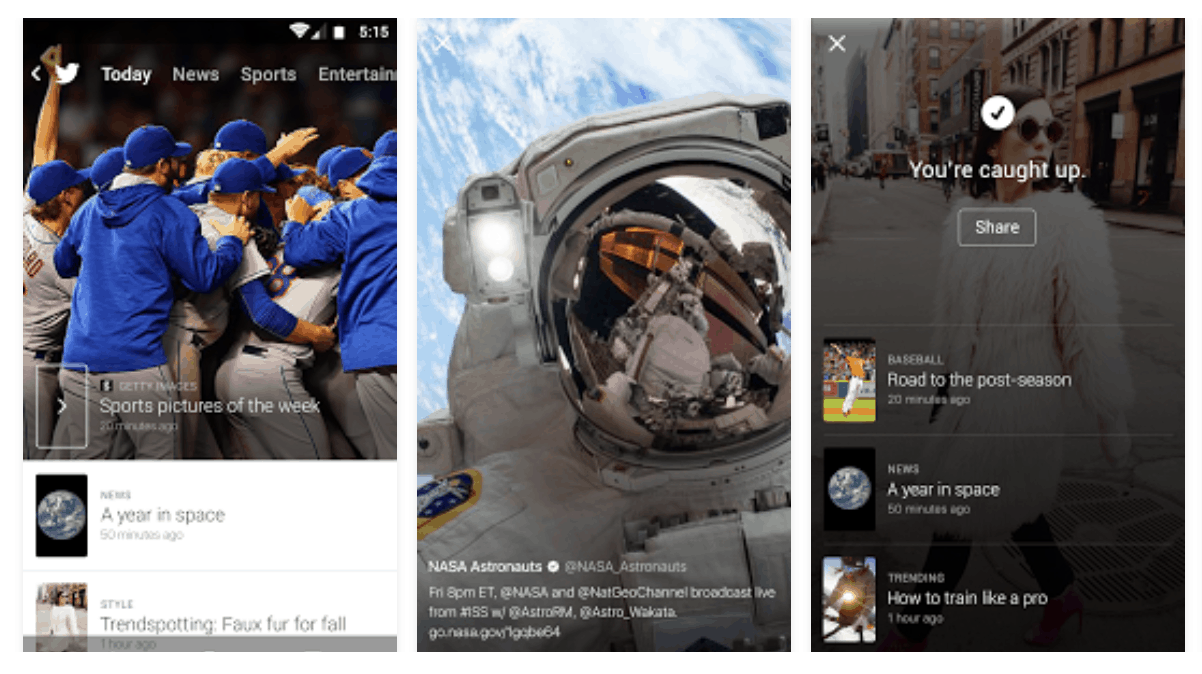 The official Twitter app has continued to get better and better, and for many it’s the only Twitter app they use. Twitter allows you to post short status updates (under 140 characters), making it great for catching up on news and such. But be careful, Twitter has been known to spoil TV shows for a number of people, thanks to live tweeting during shows. 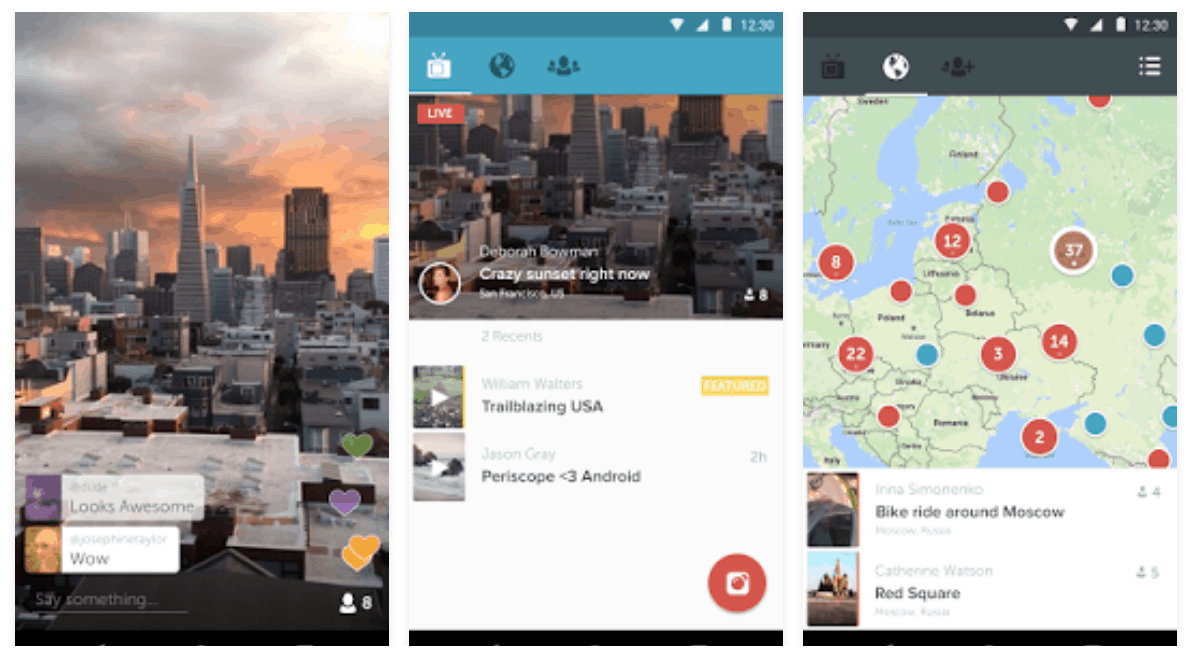 Here’s one of Twitter’s other apps, Periscope. Which the whole point of Periscope is to live broadcast anything and everything. It’s a really cool service and one that has been growing like wildfire. Periscope allows you to instantly connect with everyone in the world, pretty amazing what technology can do these days, right? You can follow the Android Headlines account on Periscope as well. 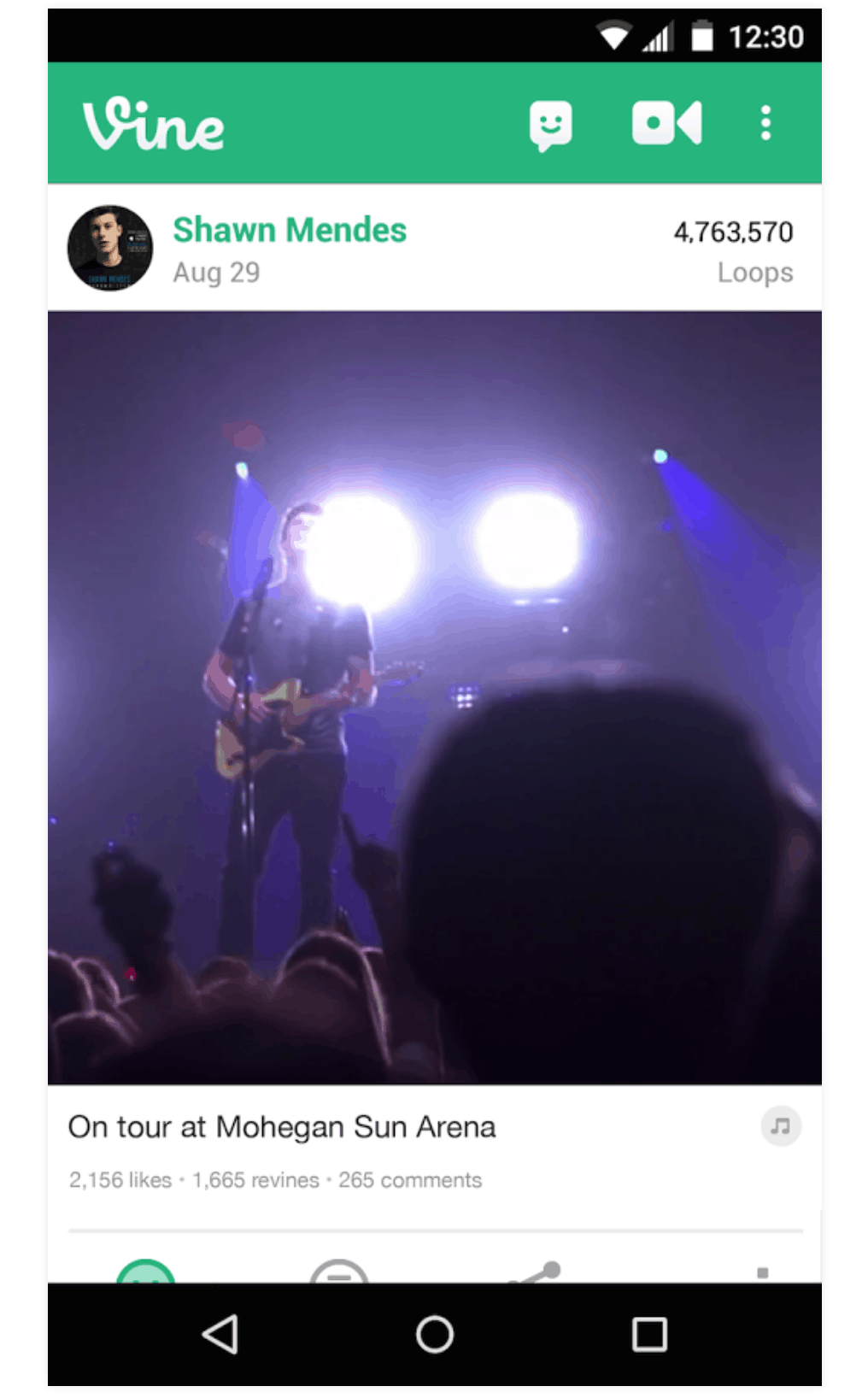 This is Twitter’s second app, and it’s a pretty popular one. Essentially, Vine allows you to create 6-second videos that loop, so you can create some really cool GIFs and short (we mean really short) videos. Vine is good for some laughs and such, especially if you follow the right people. We can’t promise to make you laugh, but we are on Vine. 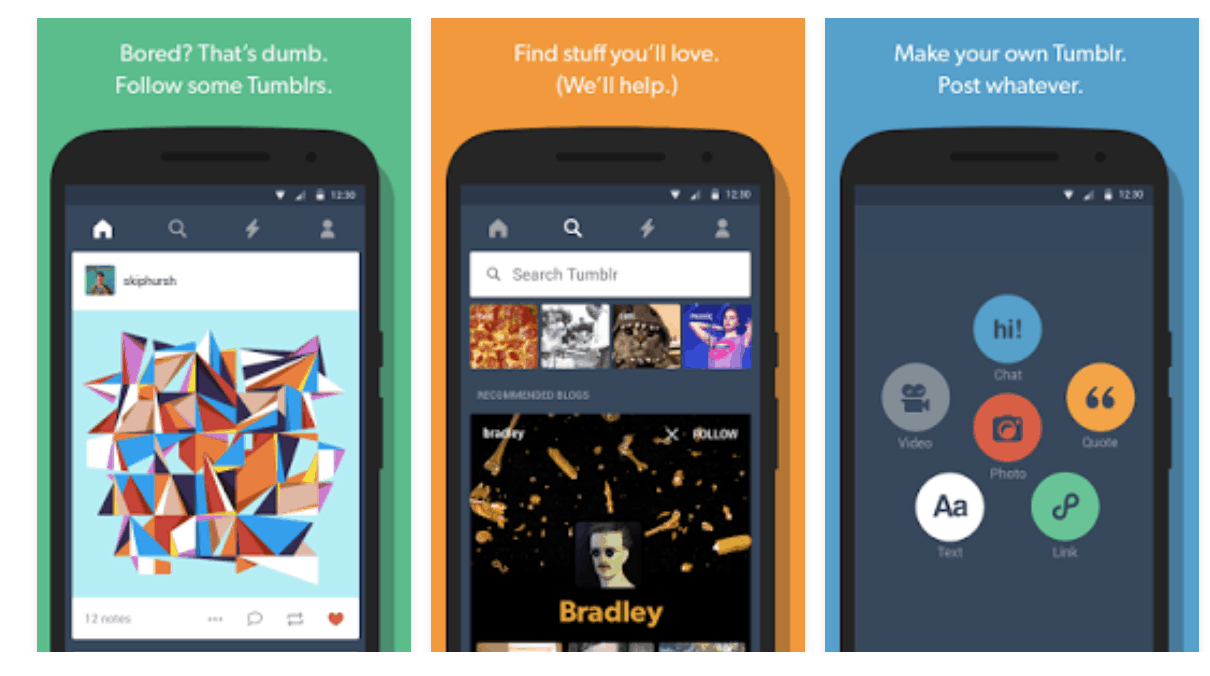 Owned by Yahoo, Tumblr is a blogging platform that allows you to share long-form posts, but also pictures, videos, audio and just about anything else. It’s actually really cool and there’s a ton of useful posts found on the site. Although be careful because this might not be a good idea for kids under the age of 18. And of course, you can also find us on Tumblr. 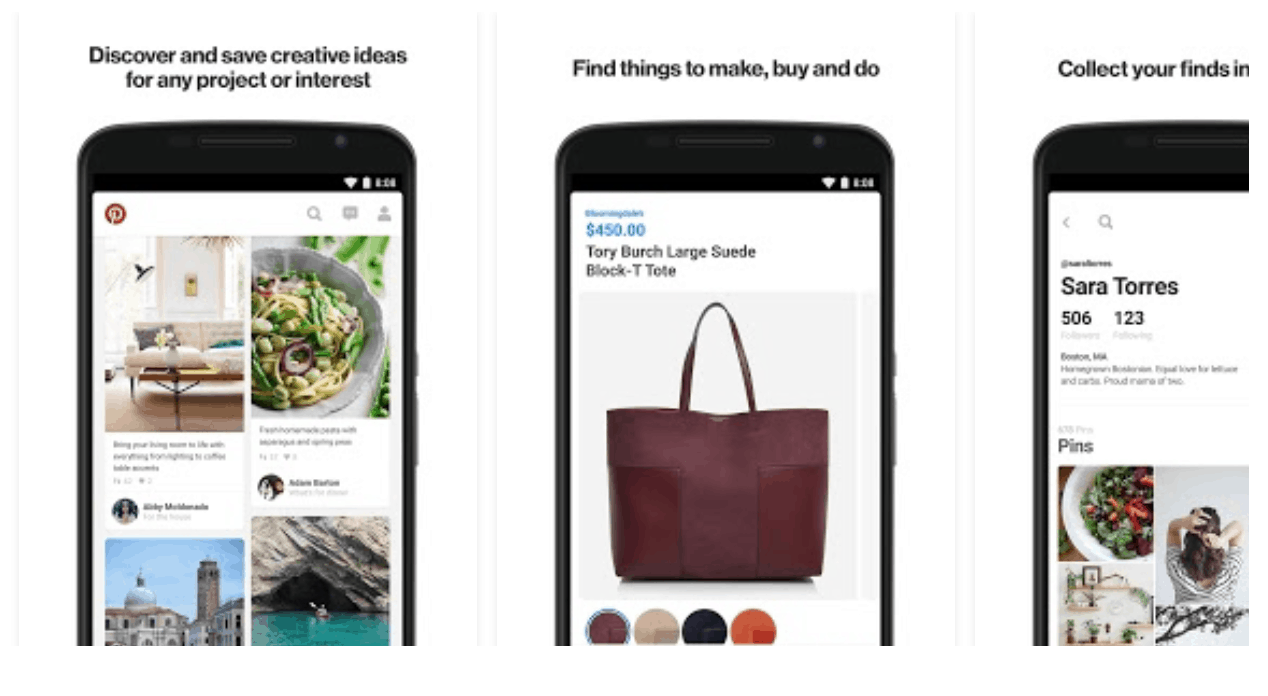 Pinterest is a rather interesting social media website. Essentially, you are “pinning” things to a board that is virtual. It’s a great website to use to bookmark things like recipes and such. And using the app, you can do much more. Including, viewing your friends Pin boards and so much more. Pinterest is a pretty small social media site, but it is growing and growing quick. 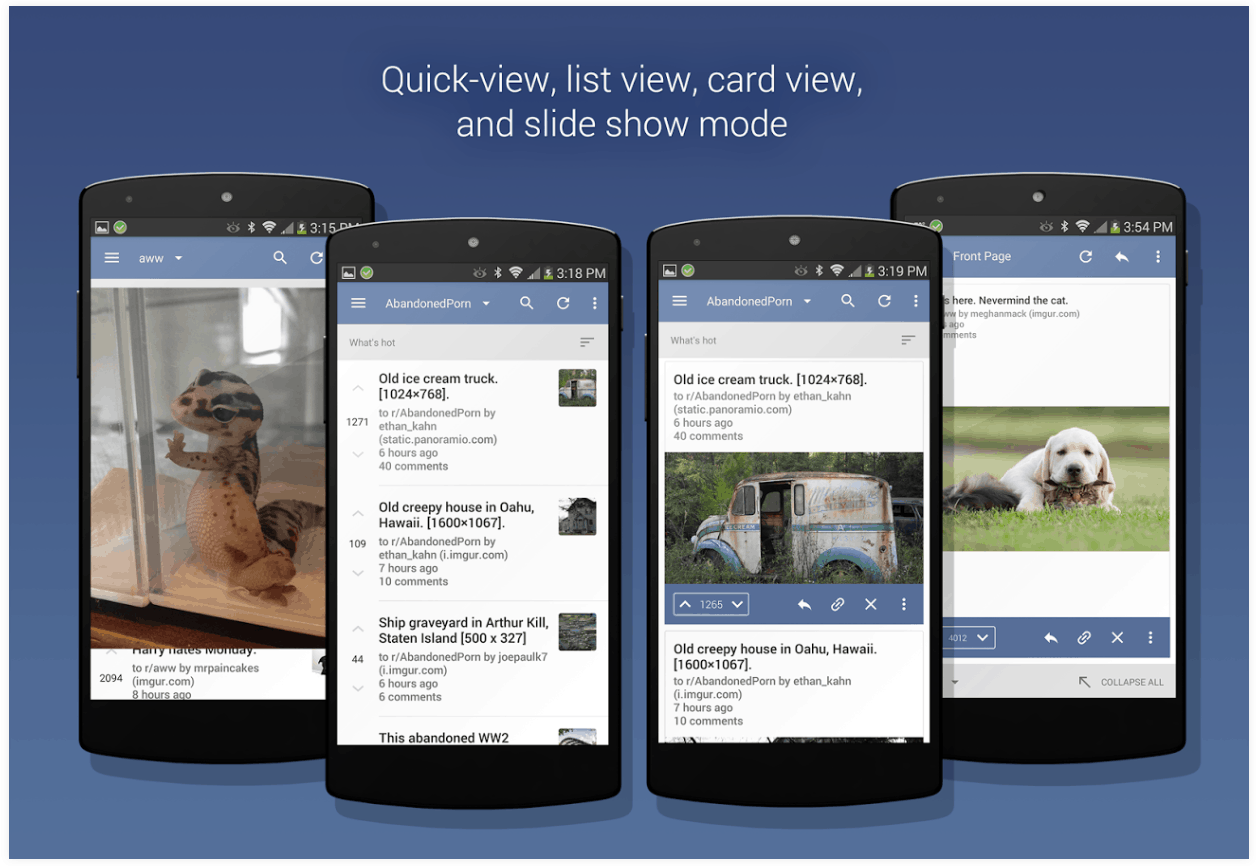 This is one of our favorite apps for browsing through Reddit, since Reddit doesn’t have their own official app for Android just yet (it’s coming though). You can browse all of your favorite sub-reddits including r/GIFs which guarantees to make you laugh at least once. You can also browse r/android and have some fun with fellow Android users. 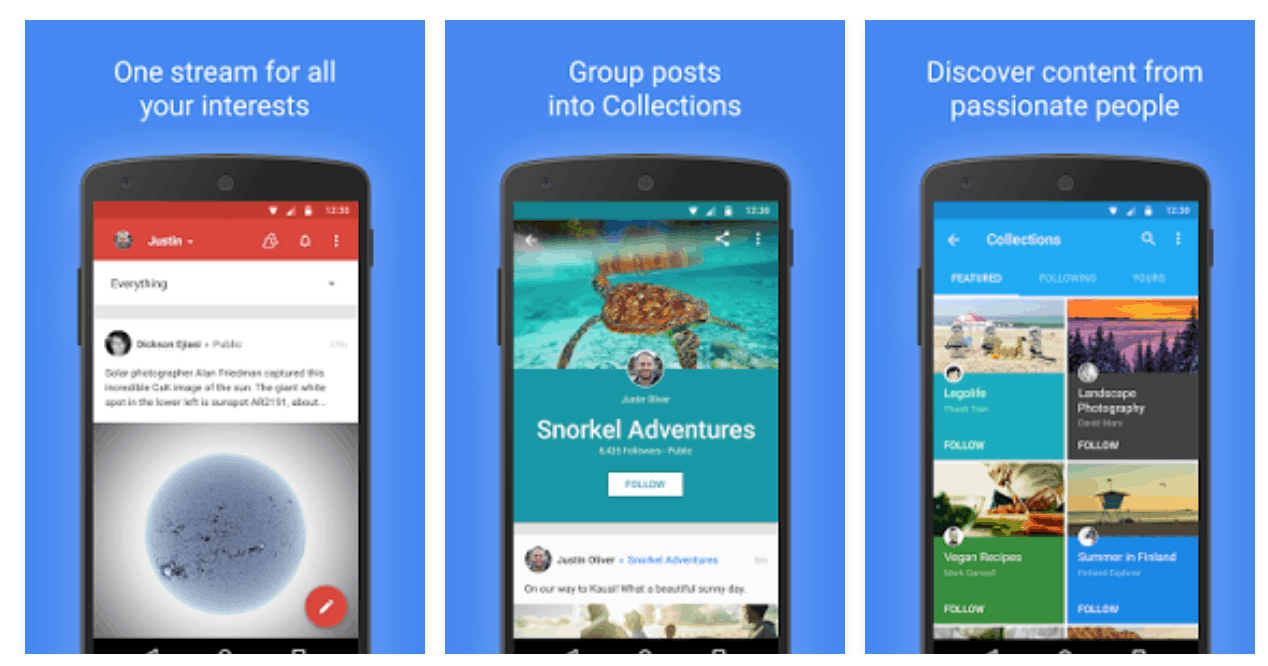 Often referred to as the “Ghost town”, which isn’t true, Google+ is another great social media platform and it brings all of your favorite Google services together. We are on Google+ and we invite you to add us to your circles as well, we definitely won’t disappoint.