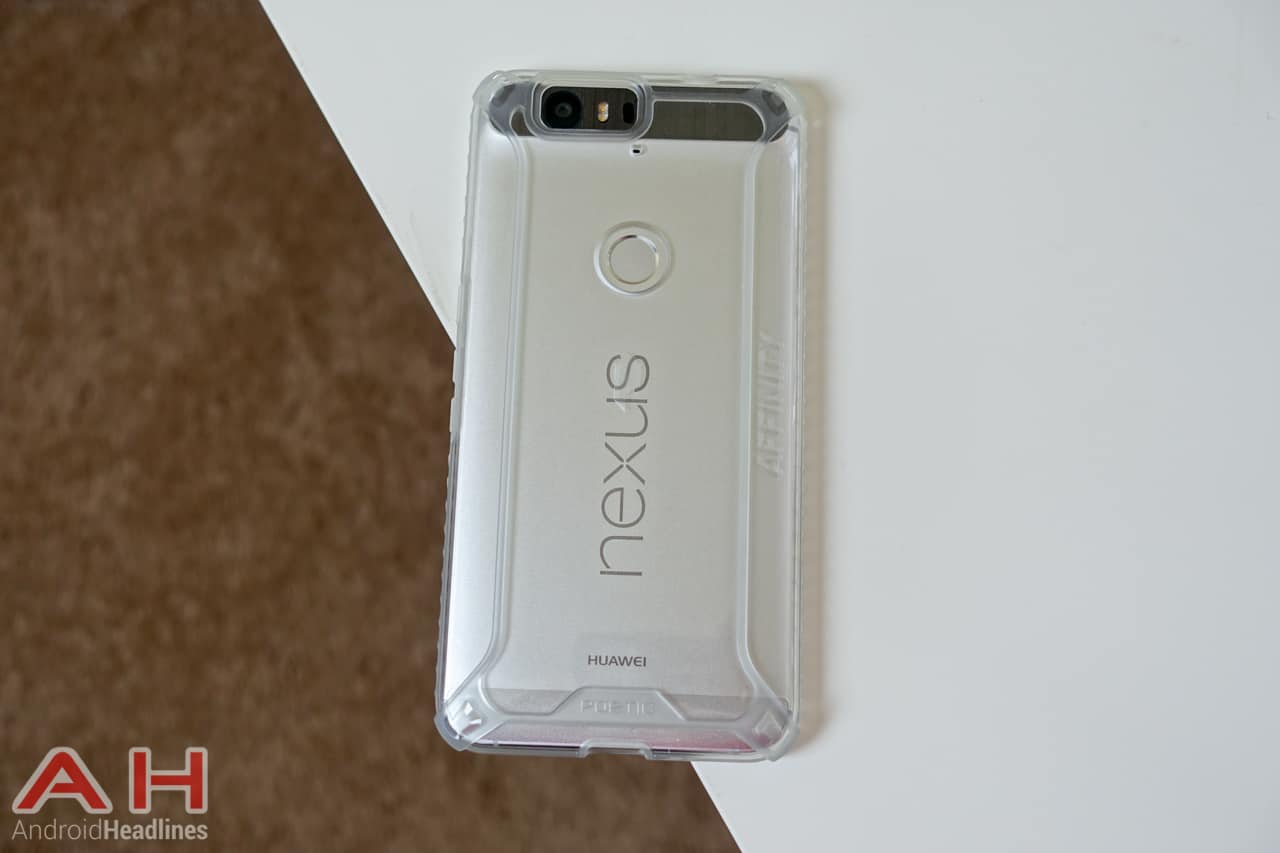 Some smartphones need cases more than others. Take the Nexus 6P for example. While it is pretty durable, there is a strip of glass on the back that houses the camera, flash and laser auto-focus. It also houses the NFC, WiFi, Bluetooth and other antennas as it’s easier to penetrate glass than aluminum. We’ve seen a few cases where that glass has shattered, and it is possible. It is glass after all. And having a case on the Nexus 6P will help protect it, but it’s still not a guarantee that the glass won’t crack or shatter. Poetic has launched a couple of cases for the Nexus 6P, and today we’re taking a look at their Affinity Series case for the Nexus 6P.

This Affinity Series case from Poetic isn’t something that special, but it also isn’t something we’ve really seen before. This case is polycarbonate molded with TPU. So it is a bit flexible, at least to a certain degree, but it is also still tough enough to take impact when or if you drop your Nexus 6P. There are essentially two models here. One is a clear polycarbonate case with black TPU and the other is clear TPU and clear polycarbonate. We have the clear TPU and clear polycarbonate here, and it looks fantastic on the Nexus 6P. This Affinity Series case has rigid edges, which are great because it means the Nexus 6P will no longer slip out of your hand. One of the big issues with having an aluminum smartphone, is that they are slippery. Luckily a case will solve that issue. Having the molded TPU on the back of the case and having it protrude a bit makes it easier to hold onto the smartphone as well. The last thing we’d want to do is drop our Nexus 6P even if it does have a pretty protective case on it. 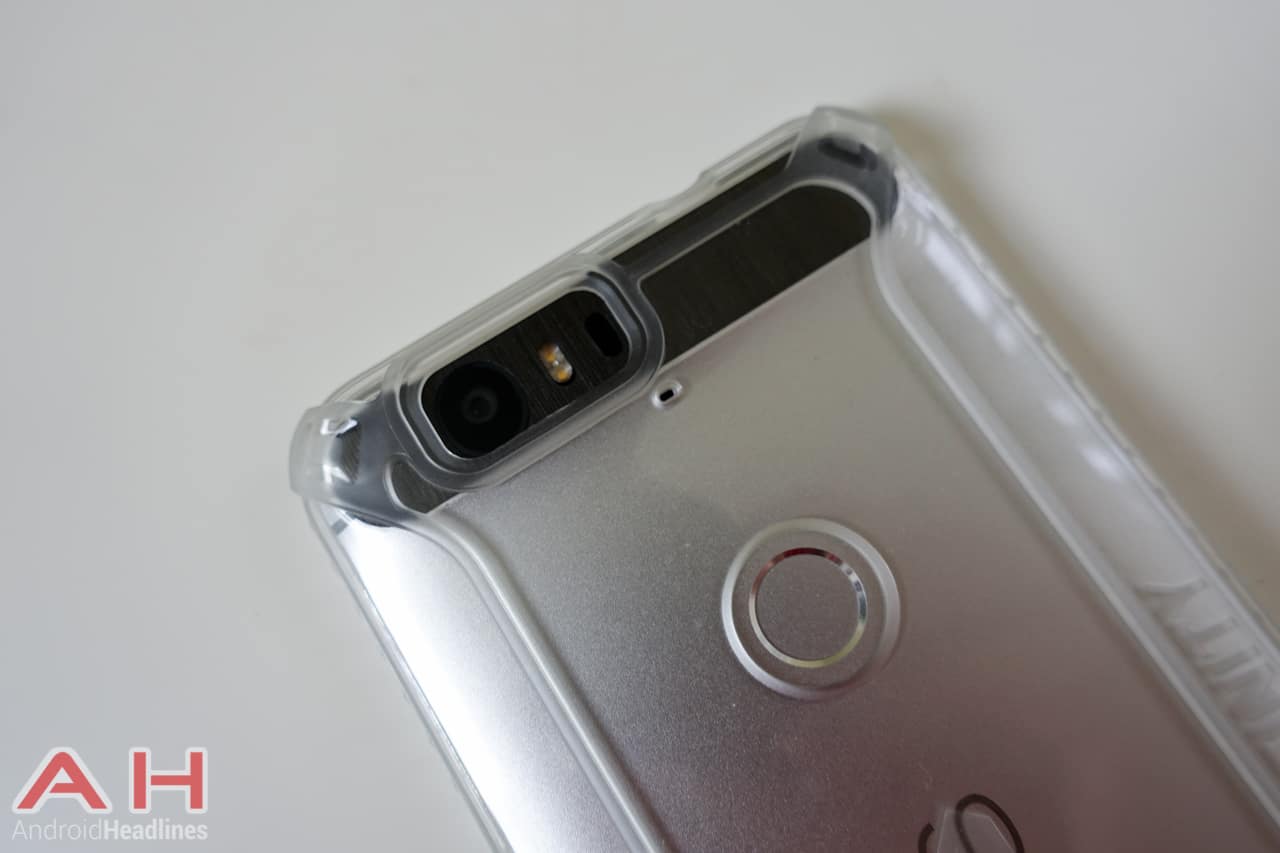 On the back, Poetic does have a cut out for the microphone, another for the fingerprint reader and one more up top for the camera, flash and laser auto-focus. Something that not every other case for the Nexus 6P has, unfortunately. The cut out for the camera and it’s flash and laser auto-focus work great. I am able to take stunning pictures just as I could without the case on the smartphone. Definitely a good thing. It doesn’t get in the way of taking pictures either, and auto-focus is still crazy fast. When talking about the fingerprint reader or Nexus Imprint, one of the main things here is still being able to use it. And what Poetic has done here is made the cut out a bit wider than the sensor, also the edges slope down into the phone, so it feels more comfortable when putting your finger in there to unlock the smartphone. It works just as well as Nexus Imprint works without the case one, so that’s another plus for the Affinity Series case here.

There are a couple of other cut outs along the frame of the case, which include the USB Type-C port on the bottom and the 3.5mm headphone jack up top. There’s no cut out for the SIM card slot unfortunately, so you’ll need to pop off the case to swap SIMs. Not the end of the world though, and I don’t think I’ve ever seen a case with a cut out for the SIM card slot, so it’s not too surprising. The USB Type-C port is still easily accessible with the case on the Nexus 6P. I was still able to plug in my Nexus 6P each night and have it charge without the case getting in the way and needing to remove it. The same goes for the headphone jack. It works perfectly fine with the case on, for any headphones you want to plug in and use. 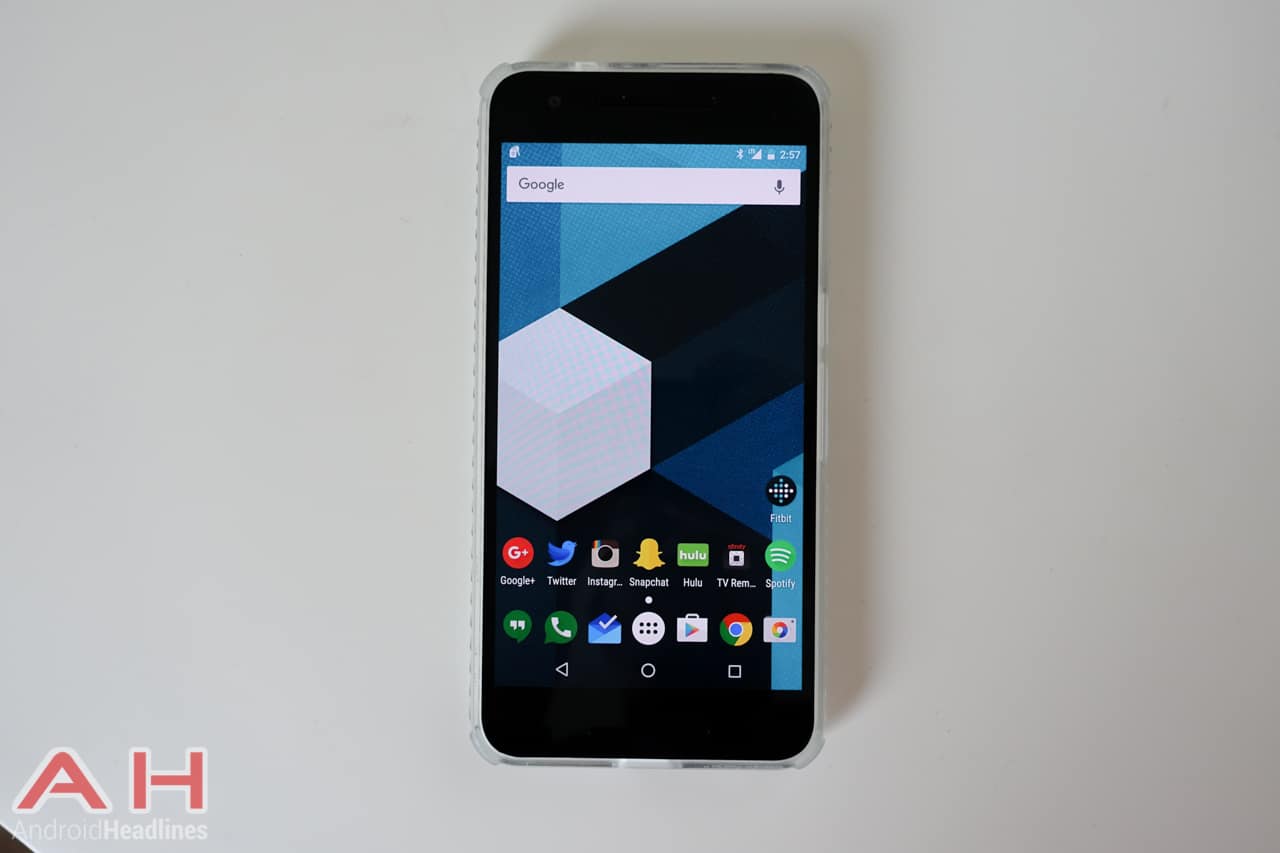 Poetic has decided to add a raised bezel or a lip to the front of the case. Now while this does make a few actions a bit more difficult (i.e. swiping in from the left using your right-hand) it’s not too bad. It does also protect your Nexus 6P’s display when it gets dropped, as it will hit the lip of the case first before the display. Seeing as we don’t have a Droid Turbo 2 here, this Nexus 6P’s display will shatter. It’s not a huge lip here, but it is definitely noticeable.

There are a number of cases available for the Nexus 6P, and the Poetic Affinity Series is one of our favorites. While Poetic does make this case for other smartphones, this is our first time using it on any smartphone and we love it. It’s clear, so you can still show off the beauty that is the Nexus 6P. It also adds a bit of grip to the device, allowing you to hold onto it better and not worry about dropping it when you’ve got your hands full and looking to text someone (happens to all of us). And best of all, it’s pretty inexpensive. The Poetic Affinity Series case comes in at under $10, which is a great price for what this case provides. And as mentioned above, it’s available in two colors either black TPU or clear. The black one might look a bit better on the Graphite colored Nexus 6P, but the clear one looks fantastic on the aluminum color which we have here.

So would we recommend the Poetic Affinity Series case for the Nexus 6P? Hands down, yes. This case doesn’t have any of the issues that we’ve reported on with other cases for the Nexus 6P. Like making it difficult to take screenshots, or covering up the laser for the auto-focus on the back. And to top it all off, its price is spot on. You can pick up the Poetic Affinity Series case for the Nexus 6P from Amazon today. You’ll love this case, and Poetic offers a 3-year warranty on all of its cases. So if anything happens, Poetic will take care of everything for you. 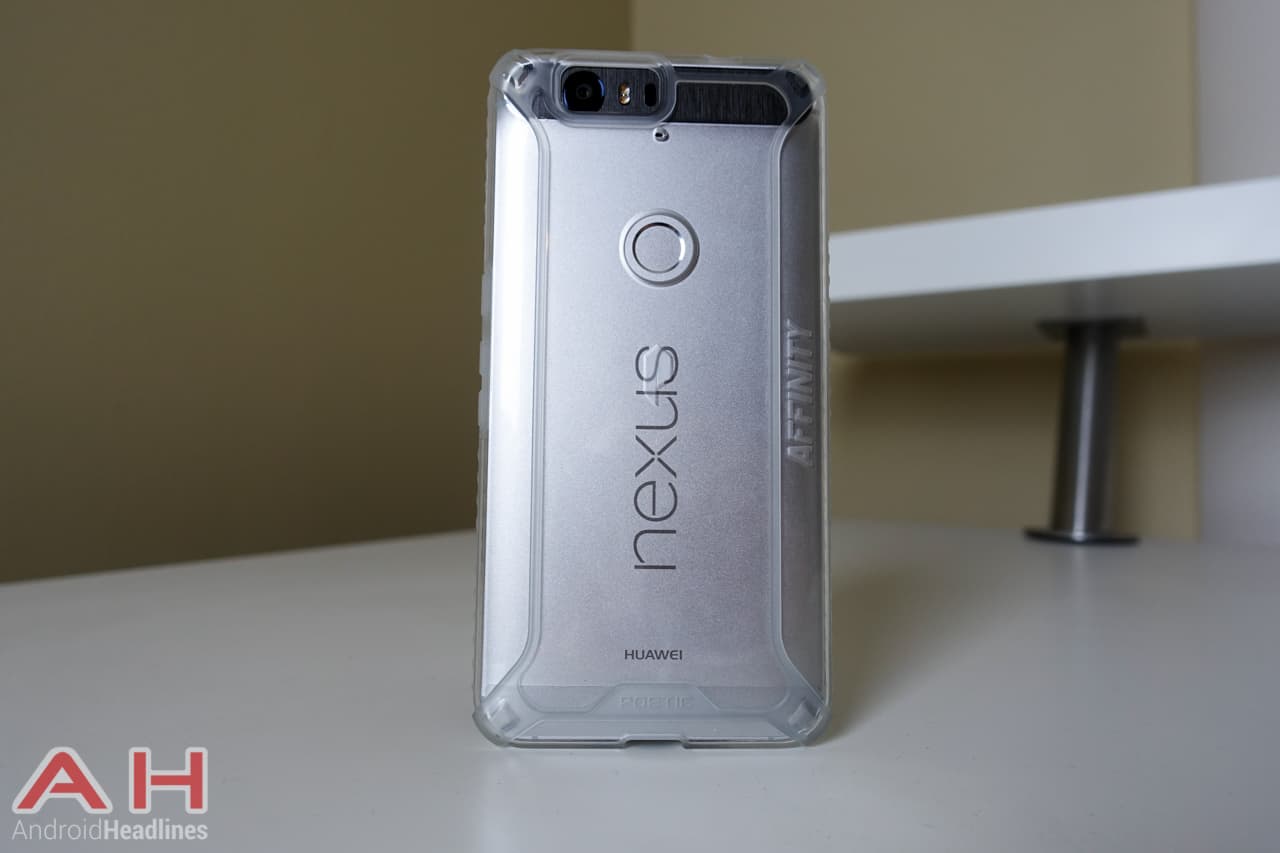 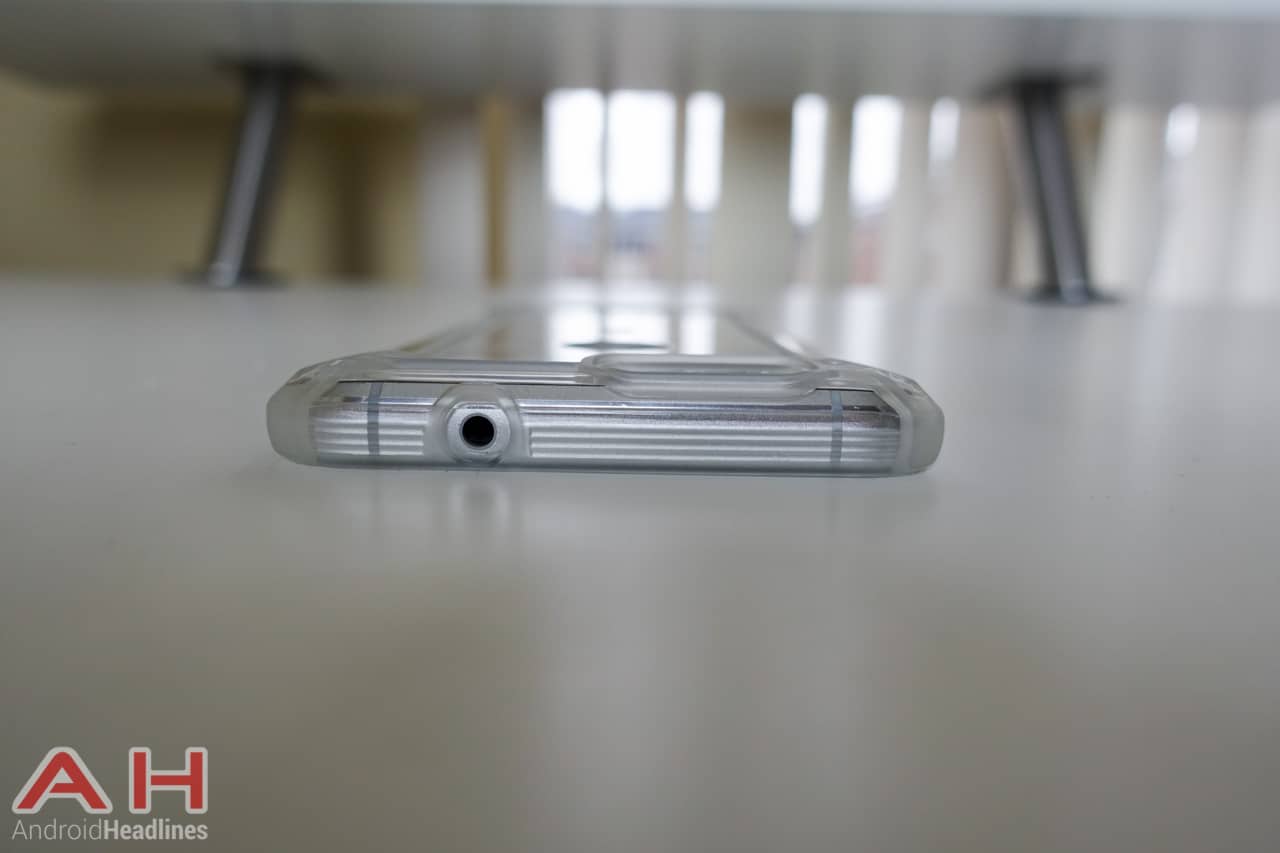 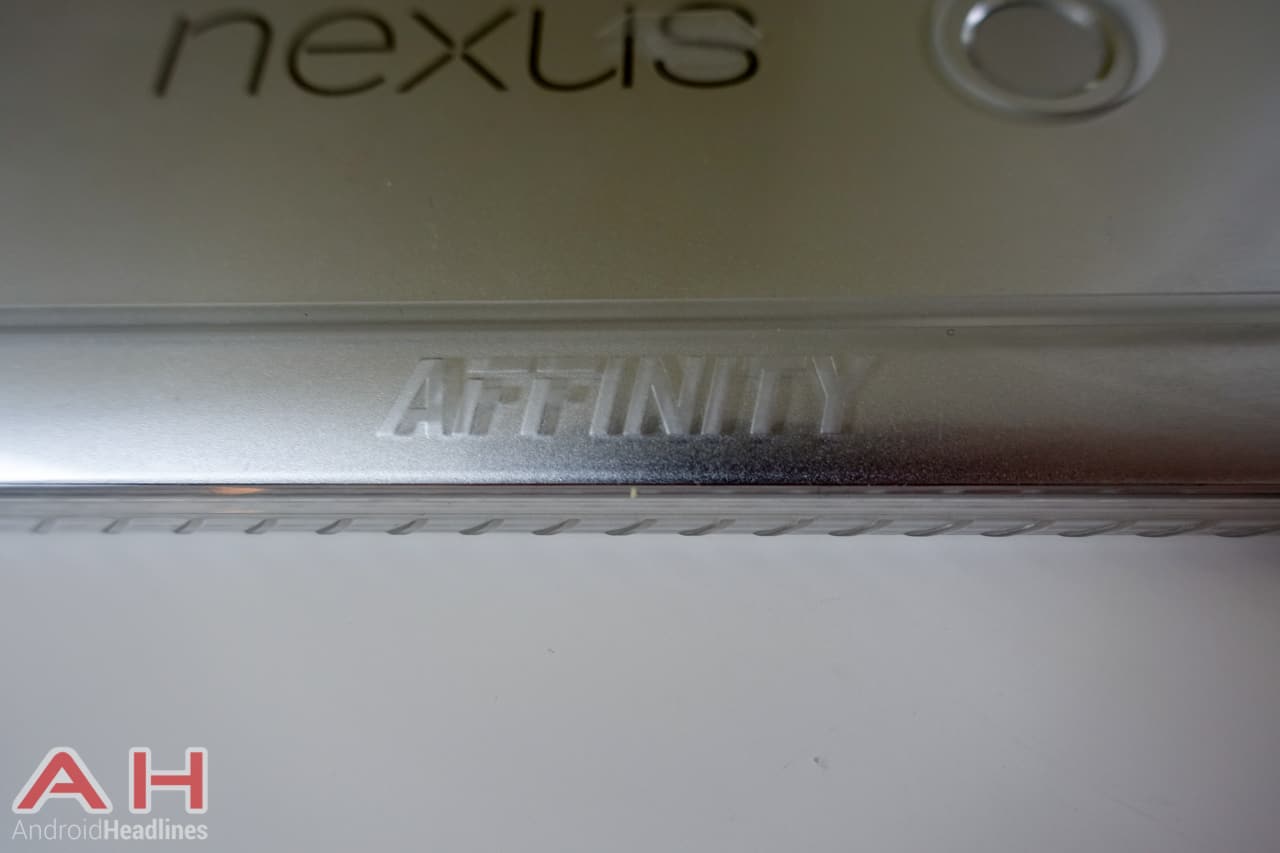 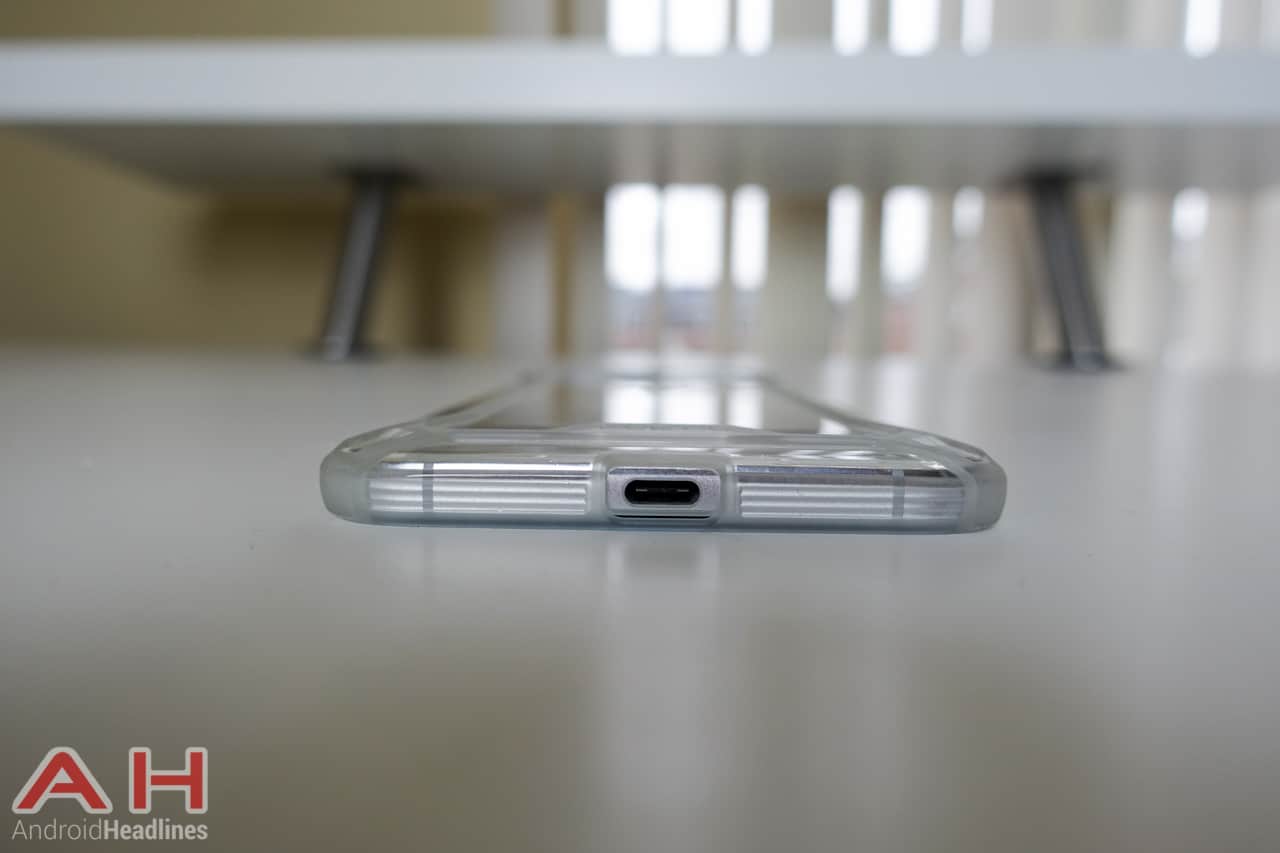 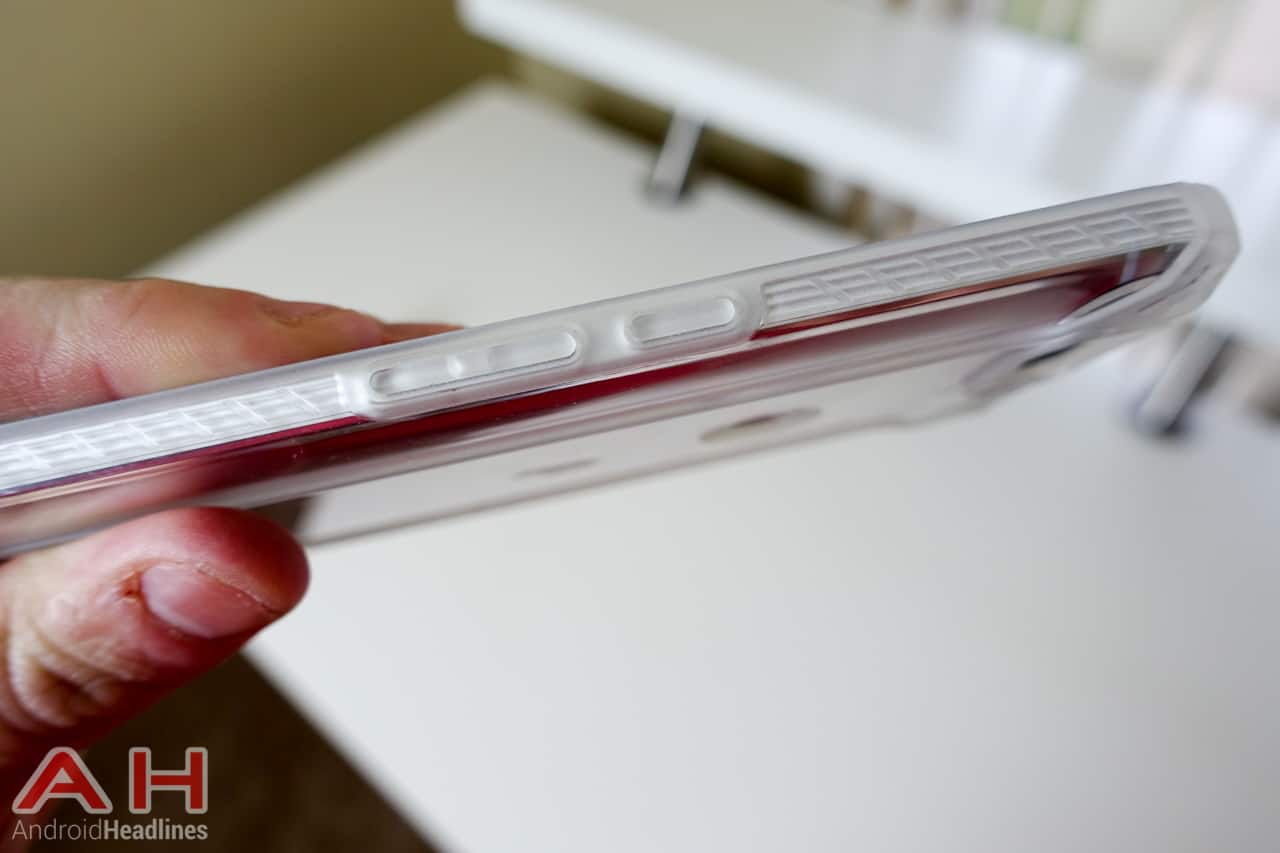 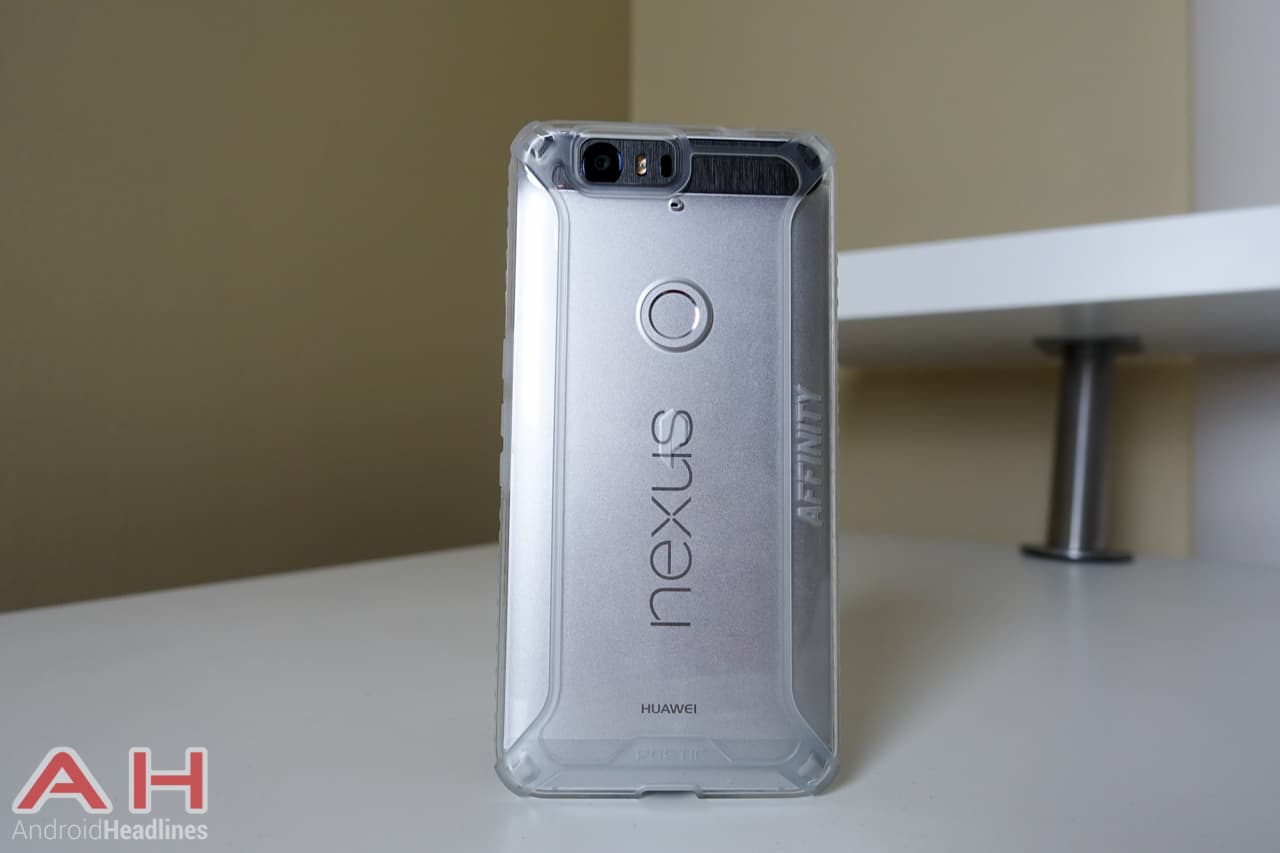 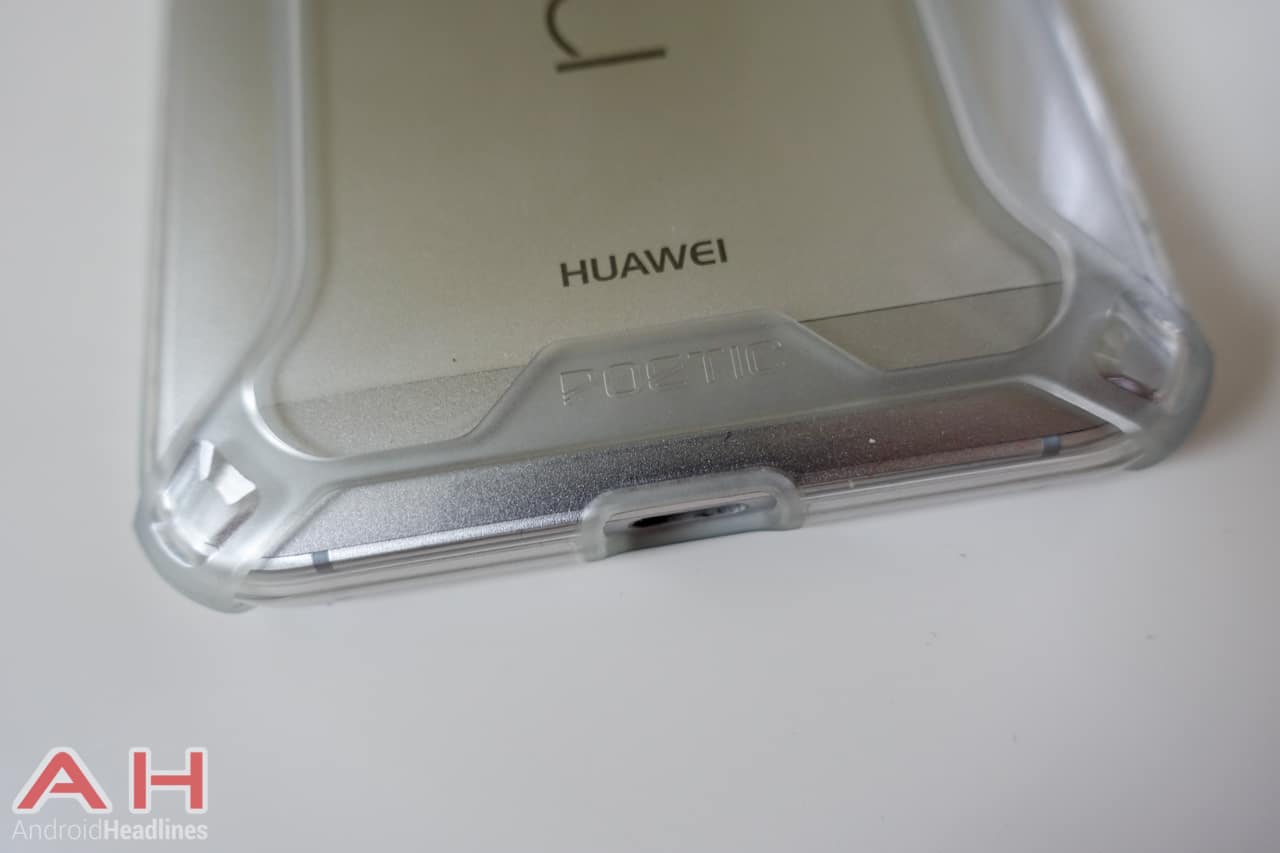 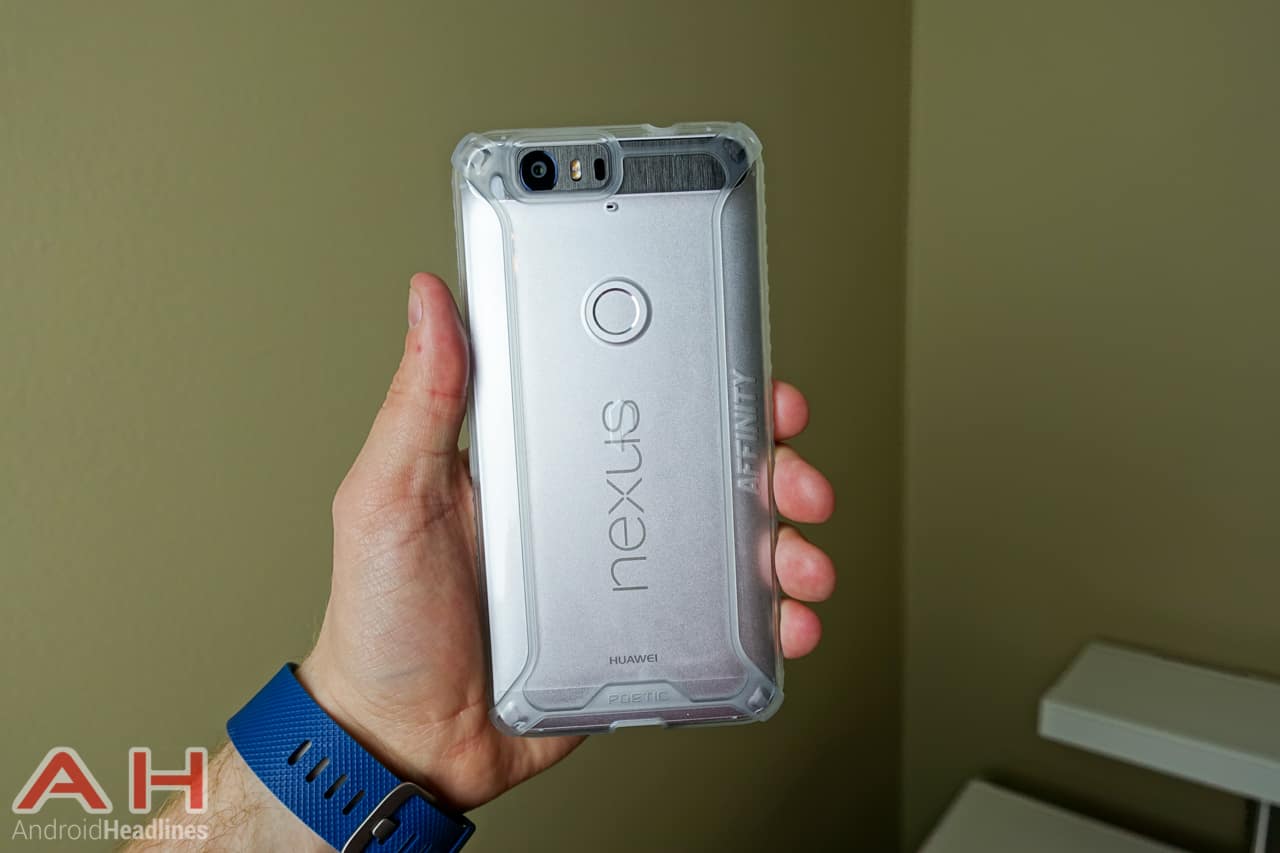 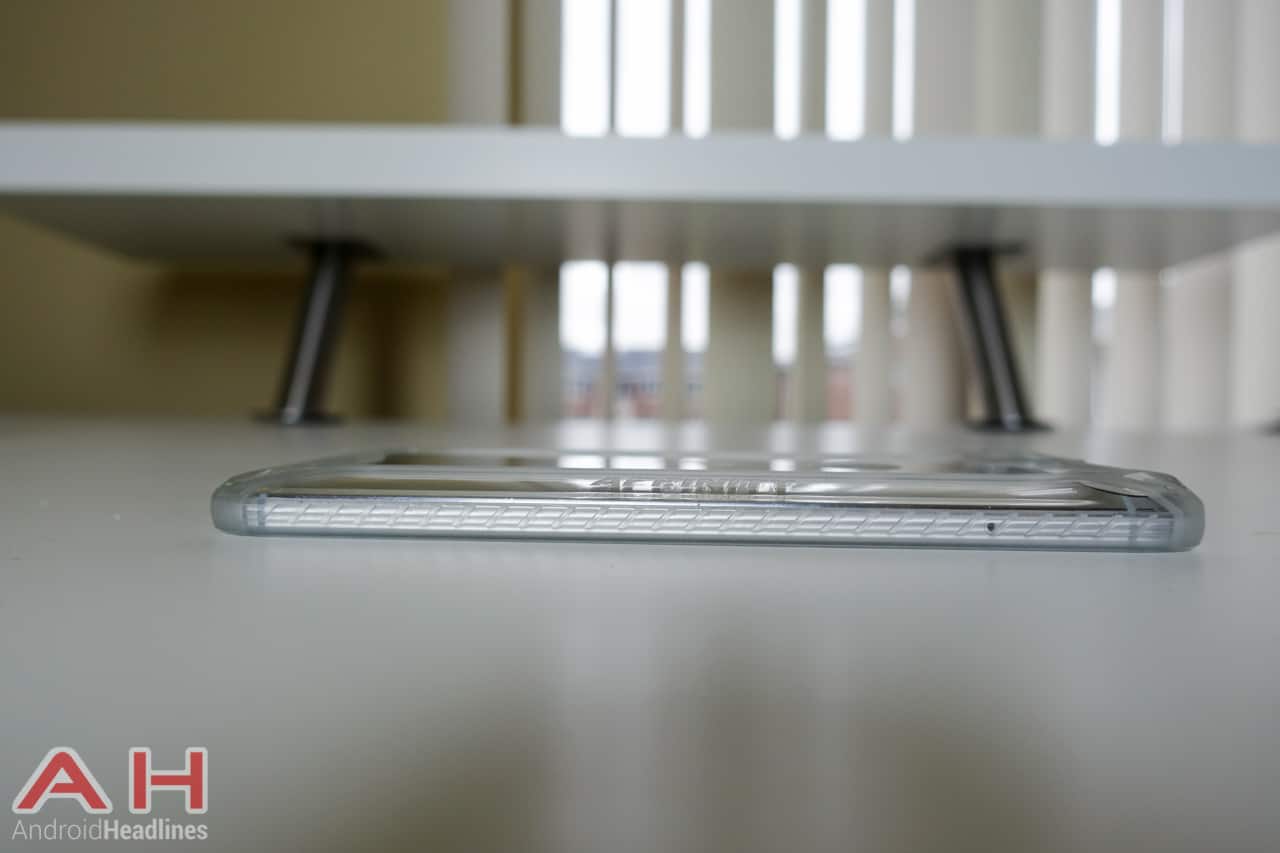