Every year, there are a few different research firms that put out reports near the end of the year (some do it each quarter) showing which apps and/or games were the most popular. With 2015 coming to a close in just a few days, Nielsen has put out their list of the most popular apps, which also show the percentage of growth compared to the previous year. Now these results are based on US smartphone users. So this isn’t just Android, but all smartphone users. Including Windows Phone, Blackberry and others. It’s also important to note that this data was collected from January 2015 to October 2015, and compared to the January 2014 to October 2014 time period.

Coming in first place was Facebook with about 126 million users. Facebook showed a 8% growth year over year. Not bad for a social media site that has been pretty large for a few years now. In second place was YouTube with about 97 million users. YouTube showed a 5% year over year growth. Facebook Messenger came in with 96 million users and showed a 31% growth, making it the fastest growing app in 2015, and by a pretty large margin. Rounding out the top 5 was Google Search and Google Play with 96 million and 95 million users respectively. Facebook and Google dominated the top 8 most popular apps in the year, with Google taking 9 and 10 with Apple Music and Apple Maps. A bit surprising not to see the Apple App Store listed, considering the Google Play Store was in the top 5.

Nielsen also reported the top smartphone OS in the US. With Android taking the crown at 52.6% of the market. Apple’s iOS taking 42.7%, Microsoft coming in third with just 2.8%. What’s interesting here is that “other” actually had a bigger market share than Blackberry at 1.2% and Blackberry at 0.7%. Although with Blackberry looking to transition into using Android for their smartphones, that may not matter as much anymore, on the OS side of things.

So Facebook Messenger was the fastest growing app of the year, gaining nearly a third of its users in 2015. Facebook has added quite a few features to Facebook Messenger, and even made it possible for users to use the app without having a Facebook account. Which likely helped gain popularity of the app. You can read the entire report from Nielsen in the source links below. 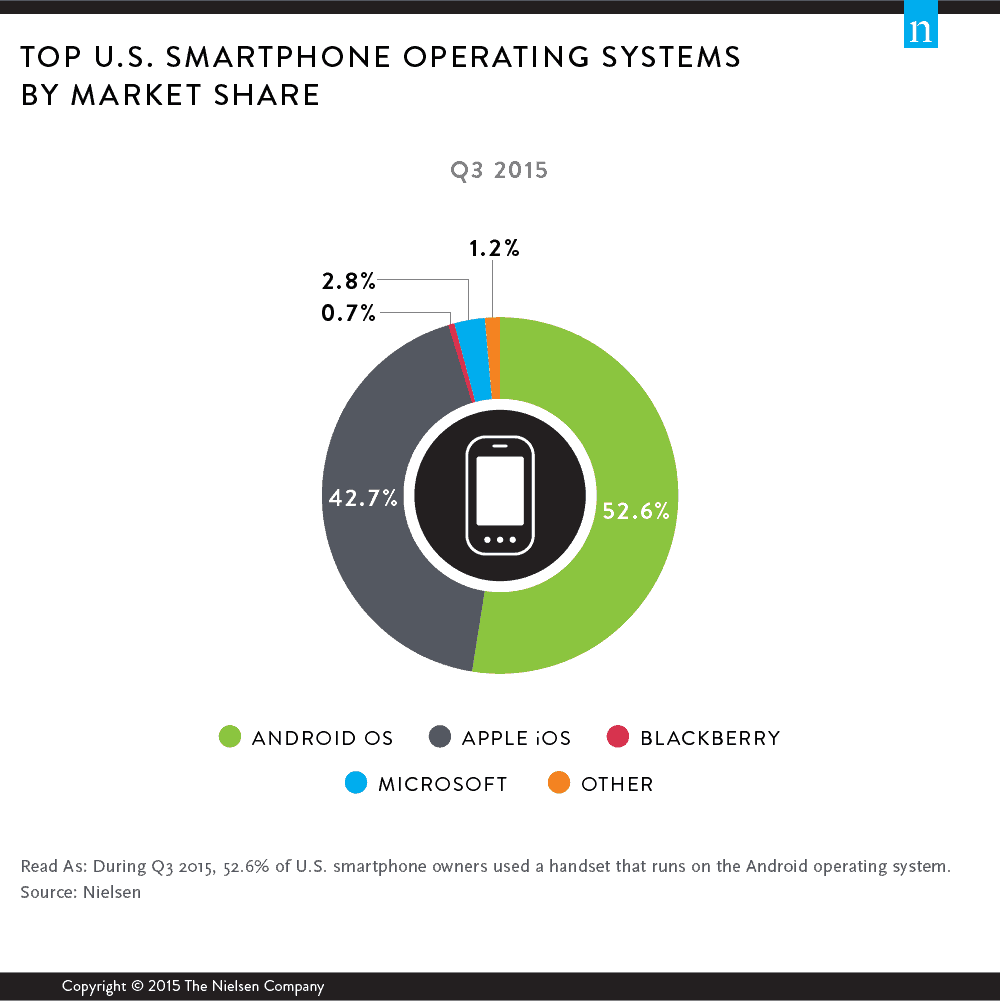 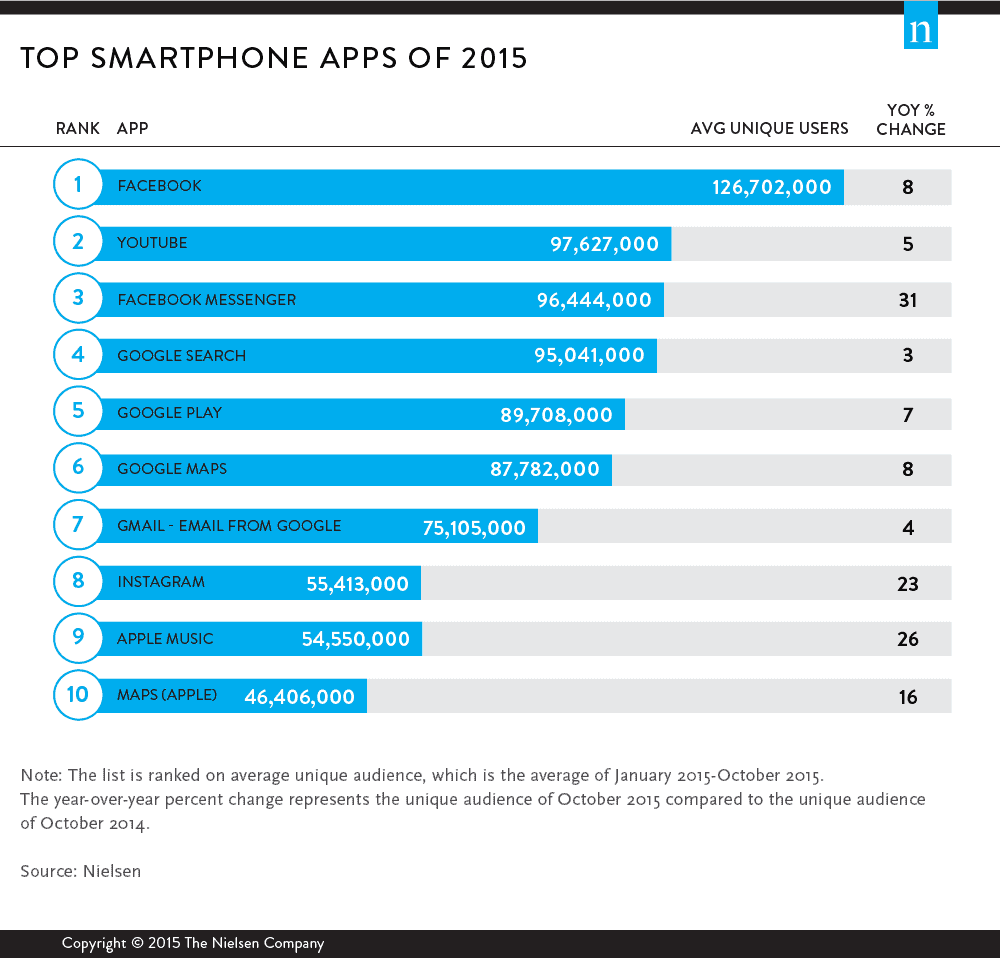