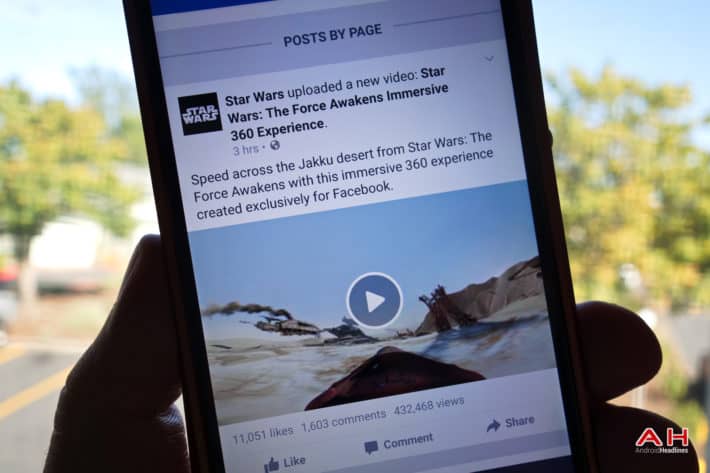 Mobile devices have become the dominant figure when it comes to entertainment. Practically whoever has a smartphone doesn’t just make phone calls and send out text. Popular apps from companies such as  Facebook and Snapchat are two of the heavyweights when it comes to video usage. For millennials, smartphones are used way more than any other entertainment device available. Sure, maybe they’ll watch a little Netflix or write a paper for class, but with being on the go there’s not a lot of time to sit down. Using Facebook and Snapchat for videos has made it possible for the two companies to acquire major revenue and popularity in a market that is growing incredibly fast.

This evidence can be seen everywhere. It was just a few years ago when YouTube was number one when it came to video streaming. Now Facebook and Snapchat are following close behind trying to grab a piece of the pie. With 2015 coming to an end, 2016 will bring a new year with a lot of questions about the futures of these companies. This year a Business Insider’s IGNITION event, Margaret Boland explained why Facebook and Snapchat will shake up mobile video. Boland is Business Insider’s Intelligence Research Analyst, so her points she delivers are quite respectable.

To start, 2015 has been the year that video became mobile first. Not only did video become mobile first but Boland also points out that 1 out of 8 people across the world access Facebook on their mobile device at least once a day. If you have 1 out of 8 people across the globe checking Facebook then you know that’s a large group of people. The next key factor Boland points out is that Content Creators are publishing more videos on Facebook. This was surprising due to the fact that YouTube has always been the ideal site to head to when it came to video sharing. Last but not least Boland says that Snapchat will be the disruptor to watch in 2016. After declining to merge with Facebook, Snapchat rose to fame capturing every part of our lives. In recent months, Snapchat has made their service more fun and interactive so we should see more from them in 2016.