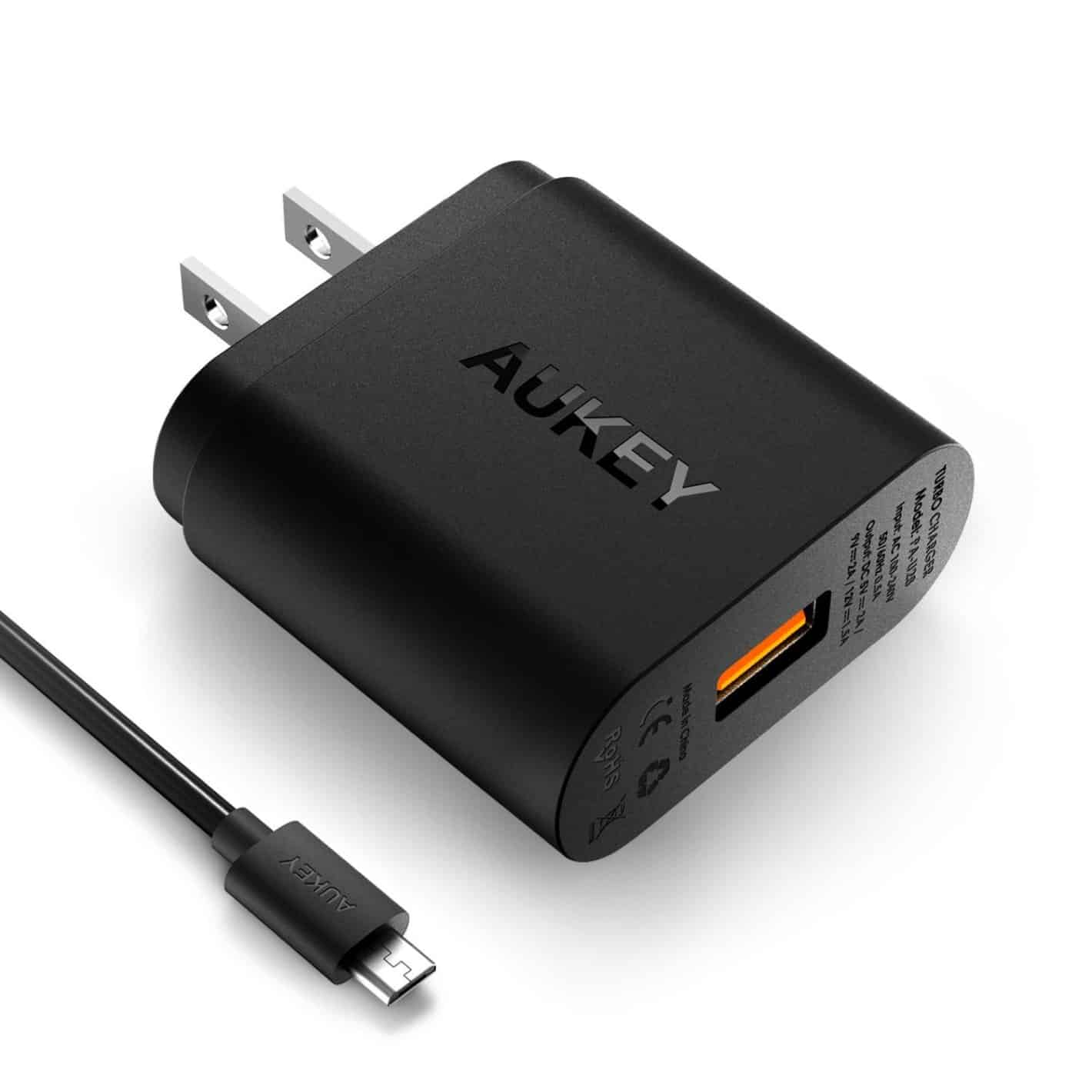 Aukey's Turbo wall charger is currently on sale over on Amazon, and would make a great stocking stuffer this holiday season, after all we're just a week away from Christmas! This is Aukey's Quick Charge 2.0 Turbo wall charger, which is a great charger as it means it can charge your smartphone about twice as fast as the traditional charger. Of course, that's only for smartphones that support Quick Charge 2.0. Like the Sony Xperia Z3, Xperia Z4, Xperia Z5, LG G3, LG G4, Moto X 2014, Moto X Pure Edition, and many others. This is a single port charger from Aukey, so unfortunately you won't be able to charge multiple devices at the same time. It will charge the Moto X Pure Edition in just over 2 hours, from 0 to 100%. Not bad at all.

We reviewed the Aukey Quick Charge 2.0 Turbo Charger earlier this year, and absolutely loved it. For what it's meant to do, it does it well. Now if you have a Nexus 6P or Nexus 5X, this will work with the proper USB Type-A to Type-C cable, however it will not charge your phone quickly like the stock charger from the box. So be aware of that. While it won't cause any harm, it won't charge as fast either.

Aukey Quick Charge 2.0 Turbo Wall Charger
Trusted By Millions
Independent, Expert Android News You Can Trust, Since 2010
Publishing More Android Than Anyone Else
0
Today
184
This Week
184
This Month
3348
This Year
104825
All Time
Advertisement