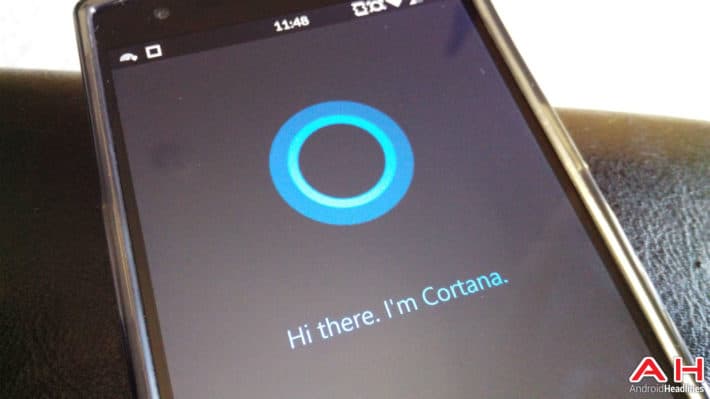 Digital personal assistants are included in all the major operating systems for mobile devices. They are meant to provide voice functionality to mobile devices and even predict some actions based on a user’s location or the apps they are using or they can provide information that users might need almost instantly. Cortana is Microsoft’s assistant, it’s available on their Windows Phone mobile OS and in the Windows 10 desktop OS, plus, we’ve seen the company working on bringing it to additional operating systems as well in beta form, but today, the company is releasing Cortana for select devices running  Android, iOS or Cyanogen OS.

Back in May, Microsoft announced that Cortana would be the first personal assistant to work on many platforms, bringing all of its functionality across many devices. This is particularly useful for those who own a Windows PC but don’t own a phone running Windows. For example, you can set a reminder based on a certain location from home, and it will be triggered on your mobile device as soon as you get there. Let’s say you can’t answer your phone, if you get a phone call, Cortana could alert you on your computer or even text back from the computer to let that contact know you’re busy. You can also track flights or packages from the Cortana app and get updates on any device as soon as they become available.

Cortana can also help you to look for information and provide custom suggestions, as the data from your personal Notebook syncs among all of your devices. Sadly, some functionality will remain exclusive to Windows phones, such as opening apps, toggling settings or activate Cortana with a hot word. If you’ve been wondering what the Phone Companion app in Windows 10 does, it will help you to install Cortana from your respective app store. Since Microsoft has been working with Cyanogen for a while, users with that OS will be able to activate it by saying “Hey Cortana” from any screen including opened apps, plus they will be able to toggle some settings, activate Quiet Mode and even turn off the phone. Microsoft will continue adding new features to this OS. Cortana is available in the US and China starting today for iPhones on iOS 8 and up and Android devices running Android 4.1.2 or a more recent version. The OnePlus One running Cyanogen OS 12.1.1 will get it OTA later in December.