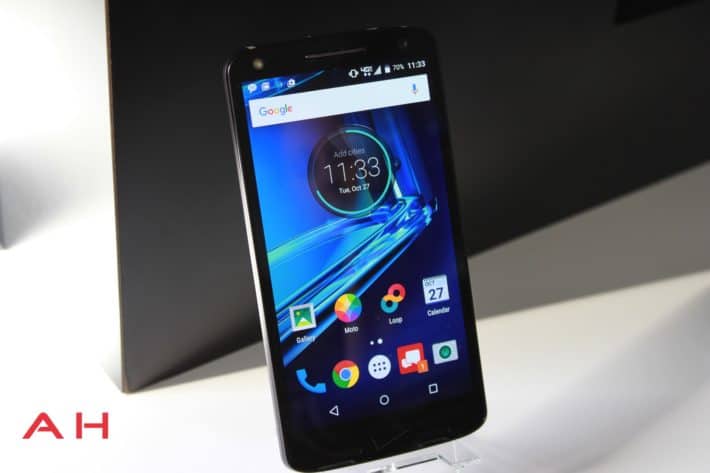 Most people interested in mobile technology would like durability test videos. These videos are done in all kind of ways, from an amateur who just smashes a new phone on the ground until it breaks as much as he wants, to some professionals who use complex machinery to test the quality of the materials used in a particular device. As we get to see what destroys some devices, we may learn how to take care of our own devices. Verizon's Motorola DROID Turbo 2 is one of the most interesting devices of the year, not because of its design or its powerful internals, but because the company claims that it is the first phone with a shatterproof screen.

Motorola used a complex process consisting in various layers to create such screen for the DROID Turbo 2 (which is also known a Moto X Force internationally). The screen is guaranteed up to four years, although the company mentions that scratches might occur and that the overall design of the phone is not meant to withstand drops. Actually, Motorola claims that the phone can survive a 5 feet drop. Still, we've already seen this phone dropped from higher distances and it still worked.

Now, it's time for the ultimate drop test as the team of UnlockRiver is dropping the DROID Turbo 2 from a height of 900 feet (that's about 275 meters). They used a drone to reach such height and the phone was dropped into solid concrete. We get to see the drone going up and filming the surroundings to testify for the altitude, the phone can be seen hanging from a white strap. Then, we get to see the phone falling from various points of view and the phone finally hits the ground in slow motion. The phone bounces a couple of times and the team runs to see the results. Of course, they were quite surprised as the phone remained completely functional! That's not to say that the phone didn't get any damage, as the screen is peeling off at the corner where the phone landed, but the metallic frame seems to have helped the phone to survive and, the screen is not shattered.