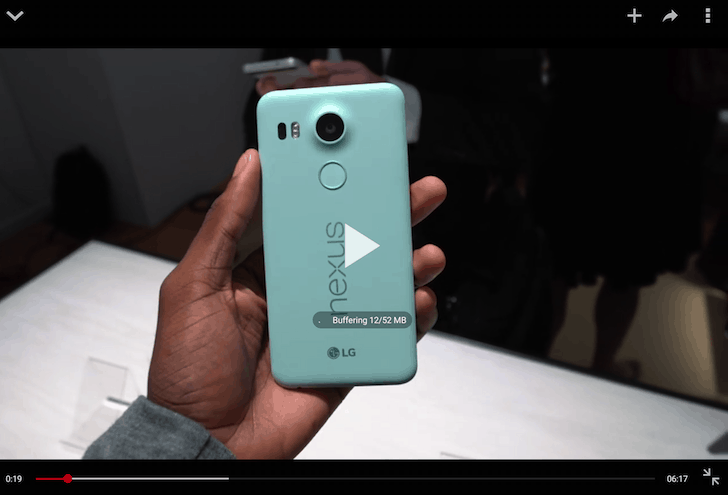 Do you remember those days when YouTube would buffer a ton? No matter what type of internet speeds you had? Well this buffer bar would have been a huge help. We've already seen it in the "new" YouTube player on the web version of the video site, and now it appears to be making its way on into the app on Android. A few users are seeing this buffer progress bar, but not everyone. We were unable to see it on YouTube installed on our devices here at Android Headlines.

Now this buffer progress bar is more than just showing you how far it's buffered for you, but there is also a toast notification that shows you how much of the video has been buffered. For example, 12MB out of 52MB are ready to play. So you can also see how large the video is, especially useful if you're watching in 1080p or even 2K, seeing as many smartphones do now have 2K displays and many YouTubers are now recording in 4K. It's a good way to help users, especially those on slower WiFi networks, still have an optimal experience with the service. Other's have found that when you leave the app, the video continues to buffer in the background so if you go back in and watch the video you can without waiting for it to buffer. Pretty cool.

Currently, there is no new version of the YouTube app, so this is likely a server switch and Google has flipped it for a group of users to see how well it performs and whether users actually like the feature or not. this isn't the first time YouTube or another Google app has done a server-side switch like this for a new feature. Google Play actually redesigned the entire app on a server-side switch, recently. No word on when this will be available to everyone or if it will ever be available to everyone. This could be a test that Google decides not to roll out to everyone. But from what we can see, it's definitely something that should be rolled out to everyone using the app.