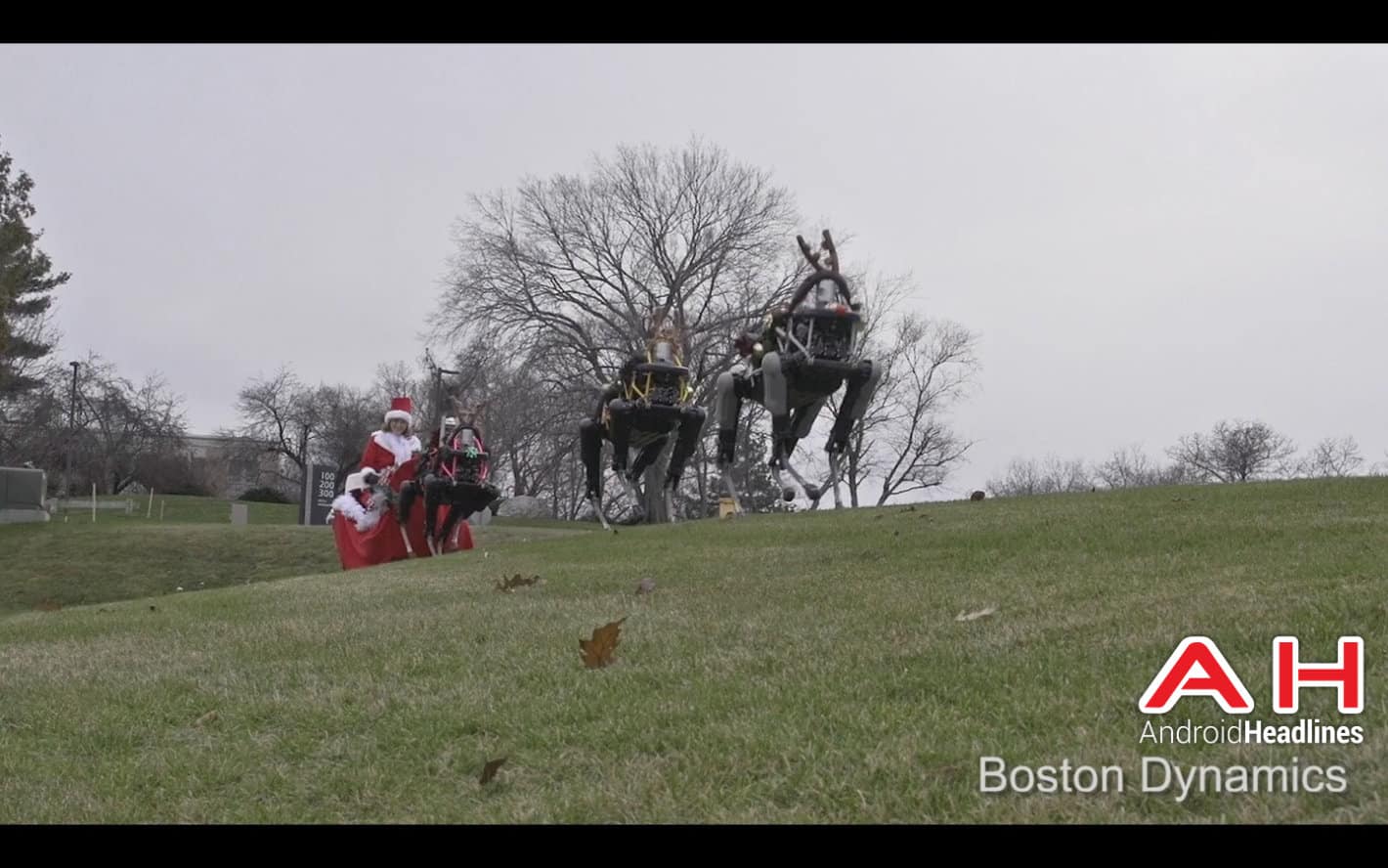 With warm wishes of happy holidays coming from just about every source, it's refreshing to see something a little bit unique. Some of our readers may remember that Google-owned Boston Dynamics produced an incredibly strong four-legged robot some time ago, known as Spot, that was stable enough to stand up to being kicked by Boston Dynamics staff and even United States soldiers despite being roughly the size of a full grown Pit Bull Terrier. This same robot, led by two of its ilk, seems to have been judged fit for the job of pulling Santa Claus in her sleigh.

In the video below, Boston Dynamics throws its happy holidays hat into the ring for all the internet to see with a bespectacled female Santa Claus waving her well-wishes to all as she's pulled along by one of the aforementioned robots. The robot is decked out in holiday finery, sporting festive red metal struts, confetti and reindeer antlers. Two more Spot units, likewise dressed in holiday style, lead on unconnected. Santa and her sleigh get a trip around a portion of the Boston Dynamics campus, a summery, snow-free hillscape with plenty of green grass, courtesy of the gussied up Spot team. The teamwork is, of course, there in spirit, but it seems it only takes one Spot unit to make holiday wishes come true and keep jolly old St. Nick rolling on her way. The sleigh is on wheels, but a robot of that stature pulling a sleigh and a human across grassy hills all on its lonesome is quite an achievement.

It's worth mentioning that this is the first YouTube video that Boston Dynamics has posted of their creations in almost a year, with previous entries being Spot's introduction video about ten months ago and a video of Spot's older, larger sibling, Wildcat, about two years ago. Boston Dynamics isn't exactly known for a gigantic product range, choosing instead to focus on quality. There are a good number of robots in their roster, but each of them underwent extreme development cycles complete with grueling testing. Refinements over time have also graced each unit in slight ways, ensuring that Boston Dynamics' stable of bots won't have to worry about obsolescence for some time.