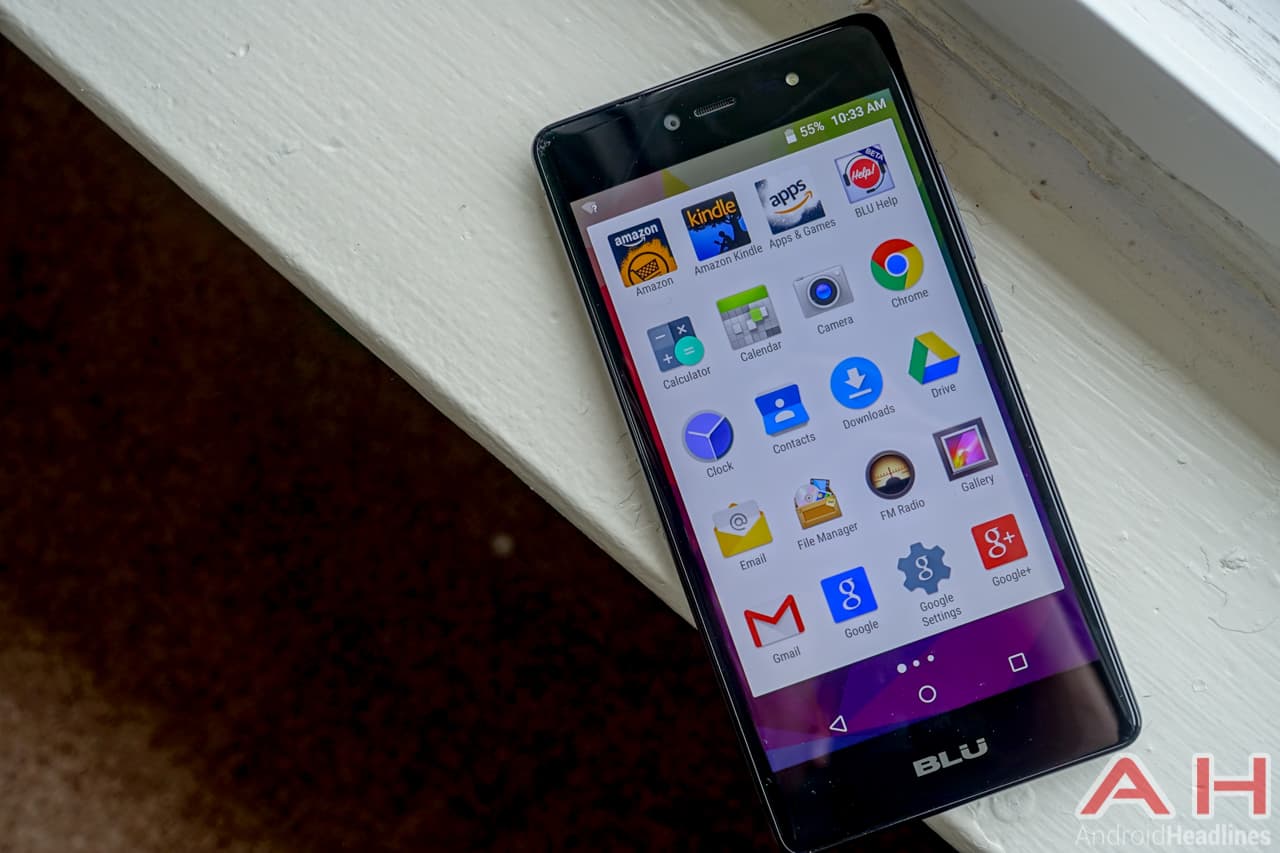 BLU is back again with yet another smartphone, this time it's the Life One X. This is a $149 smartphone – however for the next three days Amazon is offering it for $99 – and it has some pretty beefy specs at that price point. It's also one of their few phones that features 4G LTE, as most of them top out at HSPA+ connectivity. It's a great looking phone, and reminds you a little bit of the Sony Xperia Z line of smartphones, until you look at the back of the device.

As far as the specs go, we're looking at a 5.2-inch 1080p display here, powered by a 64-bit MediaTek processor which is an octa-core clocked at 1.3GHz. It also has 2GB of RAM along with a 13MP camera on the back and a 5MP front-facing camera. On the software side we're looking at Android 5.1 Lollipop, and there is an update to Marshmallow coming "soon". On paper, it looks like a pretty impressive smartphone and it really is. On AnTuTu it scores around 31,000, compared to the Moto G that's about 28% better. It's also about $70 less than the Moto G, making it really compelling.

In the box with the Life One X, you do get the phone of course. But you also get a screen protector, a flip case, a pair of headphones as well as your wall charger to charge the Life One X. And it is still a micro USB connection and not a USB Type-C. Not too surprising when you think about the price of this smartphone, to be honest. It's a great looking smartphone from BLU, and with it having 4G LTE connectivity here, it means it's going to deliver some pretty spectacular speeds. It also supports bands 2, 4, 7, 12, and 17. So it will support the elusive band 12 on T-Mobile, giving you some great indoor coverage on the magenta network.

The BLU Life One X is available today exclusively on Amazon. It's normal price will be $149, however if you pick it up between now and midnight on Saturday, December 12th, you'll be able to get it for $50 at a price of just $99. And at that price, this phone is definitely a no brainer.

BLU Life One X
Trusted By Millions
Independent, Expert Android News You Can Trust, Since 2010
Publishing More Android Than Anyone Else
27
Today
162
This Week
654
This Month
3166
This Year
104645
All Time
Advertisement