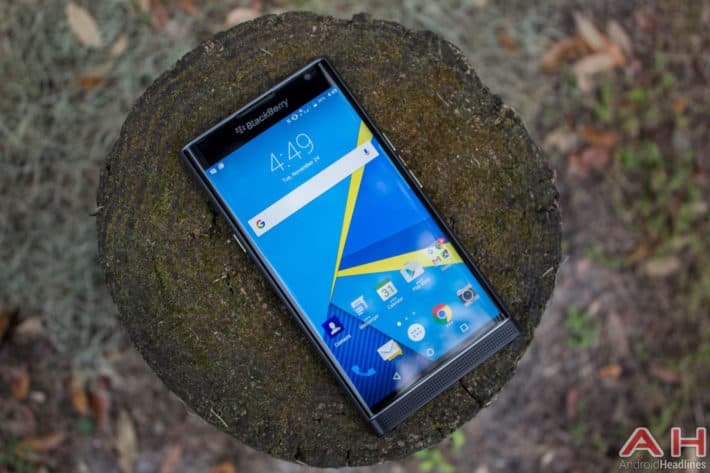 If BlackBerry was hoping that changing over from BlackBerry OS to Android will help change its fortunes, it may well have been correct in its assessment. While it's too early to say anything conclusively, at least the first signs are positive. According to latest reports, within just a couple of days of going on sale at the world's largest retailer, Walmart, the privacy-focused Priv smartphone from Canadian vendor BlackBerry had reportedly sold out at the retailer, but stocks have apparently since been replenished and the device is listed as being back in stock as of press time. According to some reports, the device had actually gone out of stock at the retailer after being on sale for less than a day, although that claim could not be independently verified. The unlocked, SIM-free BlackBerry Priv comes with a price-tag of $699.99 at Walmart.

While many ardent BlackBerry users had expressed concerns prior to the device's release that the company's single biggest USP, privacy, will stand to be compromised with the adoption of Android, the largely positive reception the device has gotten from both the tech media as well as the mainstream consumer at large, should certainly be something the management at the beleaguered Canadian firm is relieved about. The company, facing steadily eroding market share over the past several years, resorted to the world's most popular mobile operating platform as a last-ditch attempt to resurrect itself from the ashes of a company that once used to be the largest smartphone brand in the world. While BlackBerry employees and management must be quietly pleased at the turn of events, so is Wall Street apparently, as the company's stock is up over 10 percent this week, to close at $7.89 on Thursday at the NASDAQ. In pre-trade on Friday, the stock was up a further 8 cents and was trading at $7.97 as of 8:00AM EST.

Taking a quick glance at the tech specs of the first-ever Android smartphone from the Canadian company formerly known as Research in Motion, the device comes with a sliding physical QWERTY keyboard, and features a 5.4-inch AMOLED display, with a resolution of 2560 x 1440 pixels (QHD). The handset is powered by an MSM8992 Snapdragon 808 SoC from Qualcomm and sports 3 GB of RAM and 32 GB of storage. While the rear-facing primary camera on the Priv is an 18-megapixel unit, the front-facing selfie-cam on the handset comes with a 2-megapixel sensor. The smartphone comes with Android 5.1.1 Lollipop out of the box and carries a 3,410 mAh Li-Ion battery.