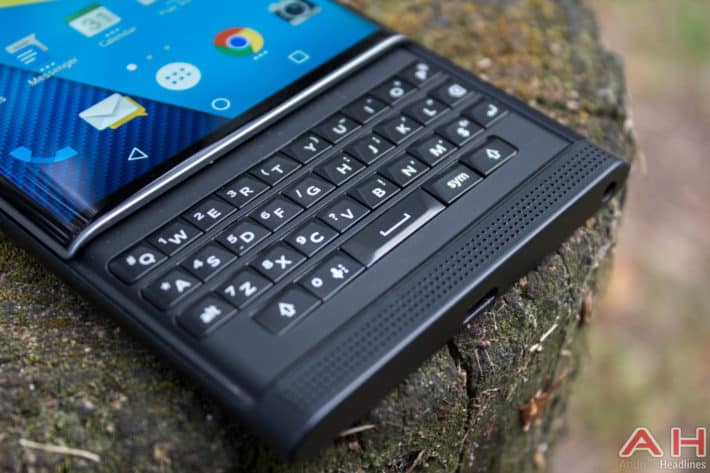 The BlackBerry Priv is arguably the Droid many of us were looking for, albeit a few years ago when hardware keyboards were still in fashion. Since then, consumer tastes have changed and software, on-screen, keyboards have dramatically improved. BlackBerry have recently released the Priv, their first Android-based handset, which comes with a 5.4-inch high resolution touchscreen and a touch-sensitive, slide-out keyboard – allowing customers the best of both worlds, as the BlackBerry software keyboard has similar functionality as it does on BlackBerry 10 touchscreen devices. Elsewhere, the Priv contains high end hardware, too: it's based around the Qualcomm Snapdragon 808 System-on-Chip is accompanied by 3 GB of RAM, which is very similar to the LG G4 flagship device released earlier in the year. Around the back, BlackBerry have given the Priv a 18 MP rear camera, whilst under the skin you'll find a 3,410 mAh battery and a near-stock version of Android 5.1.1 Lollipop.

The device has a focus on security and usability and has a number of interesting tricks. One example is how the keyboard may be used as a track pad as well as a keyboard. On the security front, BlackBerry have already updated the device with Google's 1 December security patches, ahead of many Nexus devices. BlackBerry also claim that they have hardened Android against malicious attacks and have included simplistic, easy-to-use software designed to help customers improve and maintain their on-device security. Android 6.0 Marshmallow will be arriving for the Priv next year and is scheduled for February.

Following the launch of the Priv and a number of mostly positive reviews, the device was initially difficult to get hold of. It is not clear if this is because of poor supply, high demand or possibly both, but it seems that BlackBerry are now able to get more devices into the hands of customers. To this end, the business has started allowing other retailers to sell the device from their stores: one can now pick a Priv up at Best Buy and Staples. We've just learnt that WalMart are now carrying the BlackBerry Priv via their online store, where it can either be shipped to the customer's home or via a convenient Walmart store. The price is $699.99, the same as via the BlackBerry website, and this is the same unlocked model too (STV100-1) so it does not come with the wireless back as the AT&T model does.