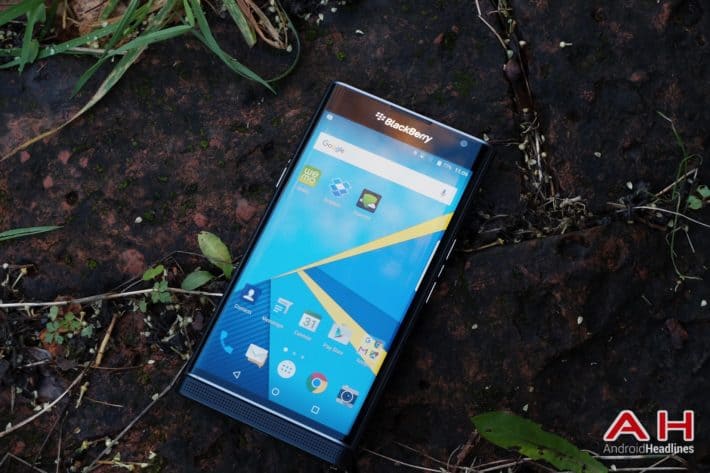 Earlier this year, rumor after rumor about an Android-powered BlackBerry smartphone hit the web and after a while they finally turned out to be true. The BlackBerry Priv was launched a month or so ago now, and it's an interesting device, as we found out in our review. One thing that a lot of people have said about the Priv is that its design and build could be better, with less-than-stellar build quality from the Canadian firm. It seems as though this doesn't matter however, as a teardown of the Priv reveals that one of the key components, and one of the most vulnerable, is easily-replaced.

A new video from YouTube JerryRigEverything has shown that the BlackBerry Priv is an easy phone to not only take apart, but that many of the components are easily-replaceable. The battery seems to be nice and easy to replace, with only a few fixings needed to be negotiated to get it out, and other parts like the loudspeaker, headphone jack and keyboard seem easily replaced as well. The display however, which is a 5.4-inch Quad HD AMOLED affair, seems to be replaceable as well, in so much that everything is fitted together with screws and standard ribbon cables with just some glue fixing the display to the front glass. It's refreshing to see a smartphone be so easily taken apart and with so many easily replaced parts as well. Samsung is one company this year that moved away from their removable batteries and microSD card slots for a better overall design and build, and it appears that trend is continuing, so props to BlackBerry for making something that isn't entirely locked down, at least on the inside.

Whether or not people will be easily able to repair their own Privs should something have gone wrong is unclear, but it wouldn't surprise us if few official OEM parts were made available. It's likely that the Priv was designed and built in this manner to make it nice and simple to repair when users send a broken device in, rather than having to send out an entirely new or refurbished phone to the user. The below video is well worth watching if you're a BlackBerry fan or just enjoy looking at circuitry and phones taken apart.