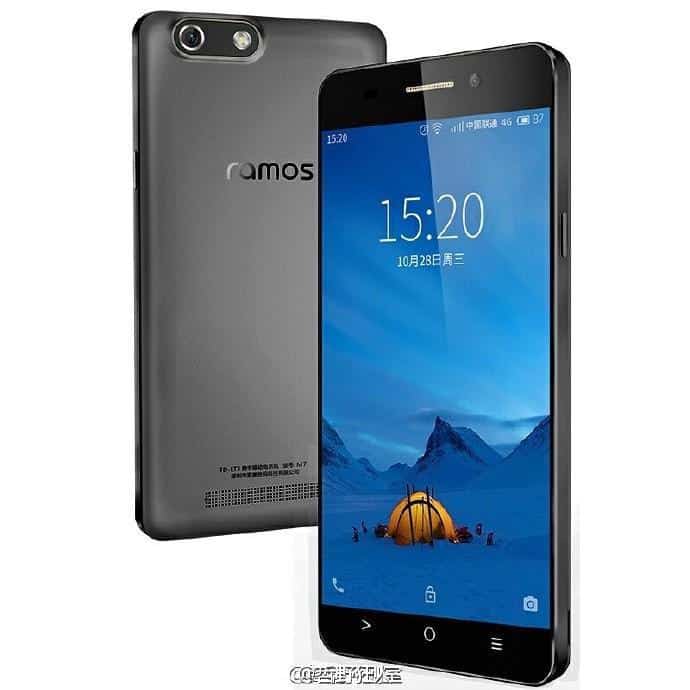 Ramos is one of many China-based smartphone manufacturers which are trying to make it. This company has been around for a while, and has introduced a couple of handsets this year. The company has released the Ramos MOS1 mid-ranger back in July, and the Ramos MOS1 Max followed back in October. The MOS1 Max is actually a gigantic 6.44-inch phablet which packs in a 6,010mAh battery on the inside. Well, the company has decided to unveil yet another big battery phone, and the announcement took place quite recently, read on.

The company has announced the Ramos M7 handset, which is essentially yet another mid-ranger. This handset sports a 5-inch 720p (1280 x 720) display along with 2GB of RAM and 16GB of internal storage. The phone is powered by MediaTek’s MT6753 64-bit octa-core processor, and it packs in a 5,000mAh battery. Now, this battery, in combination with the phone’s display and SoC, should be a really useful. If you’re one of those people who constantly kill your battery during the day, and are in a market for a big battery mid-ranger, Ramos M7 certainly is one of your options. Anyhow, the device also features a 13-megapixel shooter on its back, and a 5-megapixel camera up front.

As far as the design goes, Ramos M7 looks rather okay, nothing special though. The phone sports three capacitive buttons below the display, back, home and menu, while its power / lock physical button is placed on the right-hand side of the device. The volume rocker buttons are available on the left side, and the device isn’t all that thick either. The phone measures 142 x 70 x 9.6mm. Android 5.1 Lollipop comes pre-installed on this device, and two SIM card slots are also included here, while you also get 4G LTE connectivity option. The Ramos M7 is available in Sky Gray, Champagne and Coffee Brown color options which it costs the equivalent to $200 in China. There you have it, yet another big battery device for you to choose from. If any other interesting Ramos M7 news pop up, we’ll make sure to let you know.