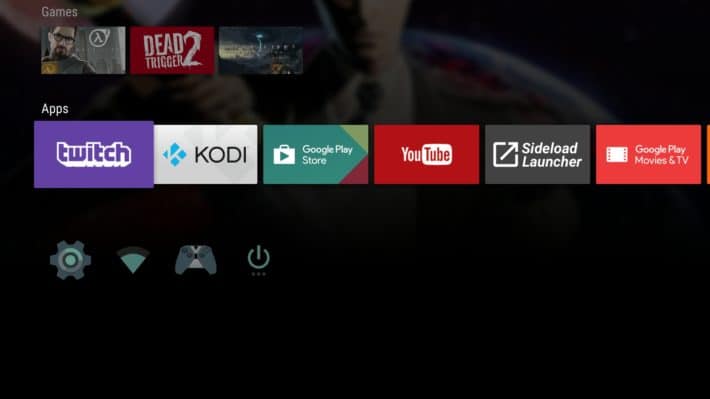 When it comes to Android TV, the platform is clearly better designed for certain features. One is obviously the ability to stream your favorite movies, TV shows and so on. Another is gaming. In fact, in terms of the gaming, this is likely to be where Android TV can set itself apart from other services and streaming boxes. Being an Android device in general, does mean that you instantly have access to a wide selection of Android games. While the entirety of the back catalog of Android games might not be currently available, a large number are (and a large number of non-optimized games will work when sideloaded).

However, gaming on Android TV is not simply resigned to just Android games, being a computer of sorts, Android TV devices have the ability to make sure of additional gaming services and features and especially on devices which have been purpose-optimized for gaming. Like the NVIDIA SHIELD or the Razer Forge TV. Both of these come with an emphasis on gaming and as a result, both come with additional ways to game using your Android TV device. Albeit, in NVIDIA's case, a much greater level of gaming functionality than any other device.

With such an emphasis on gaming, it was always a little bit weird that there was no official Android TV Twitch app. There was the normal Twitch app for Android, but it had yet to be ported over to work naturally on Android TV. In spite of the platform seeming to be the perfect outlet for Twitch – a gaming device and a washing device. Well yesterday, NVIDIA announced that owners of their SHIELD Android TV devices could now start making use of Twitch as a native Android TV app and service and since then it has become clearer that Twitch is now compatible with more devices than just the SHIELD. In fact, the long awaited Twitch app for Android TV is here and ready to use on any Android TV enabled device as Twitch have updated the normal Android app to support the platform officially.

In terms of the app, it is free to download and brings you much of the same functionality as the main Android app, albeit with what looks to be a slightly stripped down UI and one which is more typical of an Android TV app. 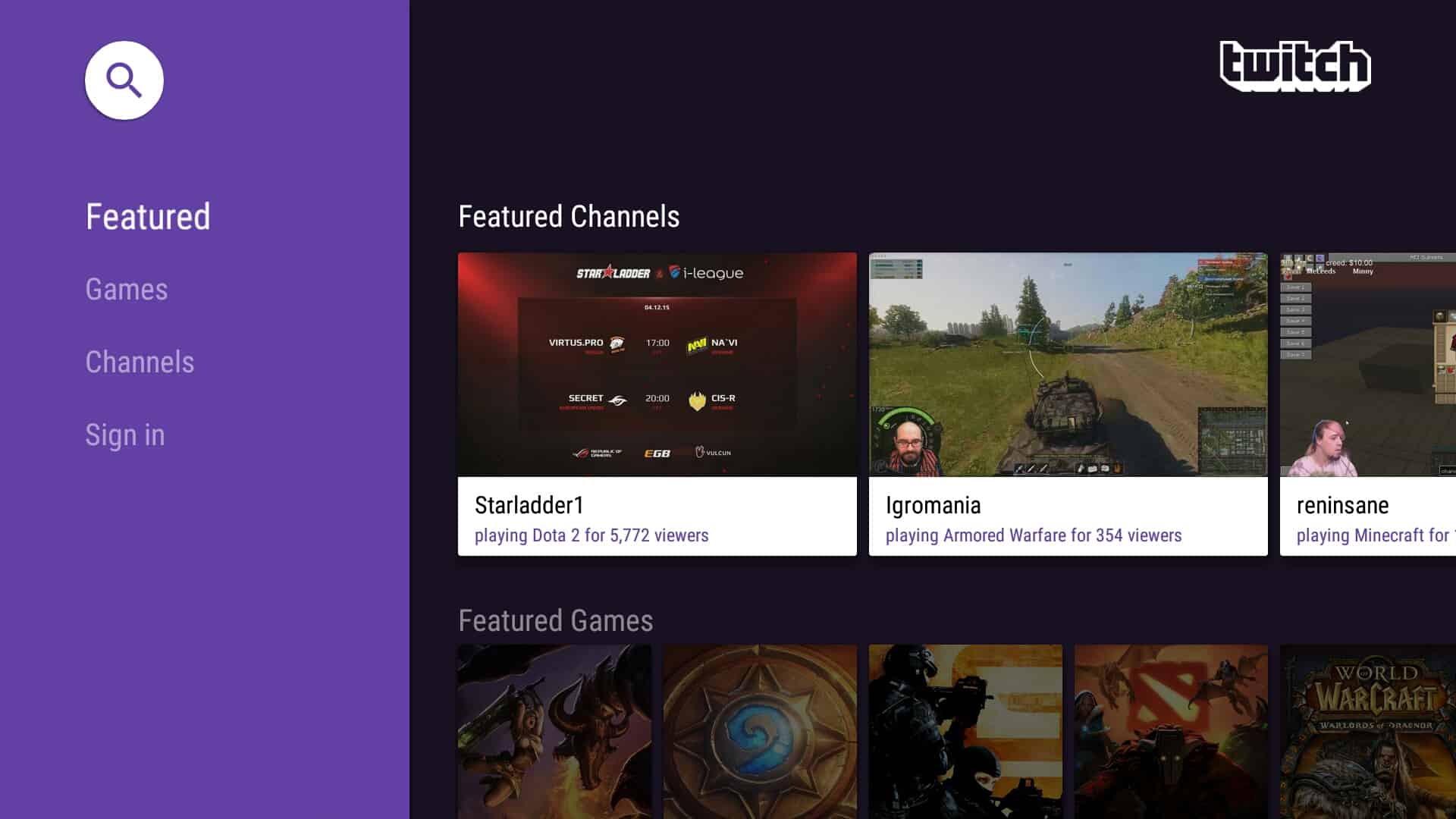 You can quickly navigate to any of the featured games or featured channels and can also search for any specific channels or games that you are looking for. Including via voice search and overall, the interface seems to work quite well. It is minimalist but that is what you will want for Android TV, due to the inability to make use of any touchscreen controls.

One of the nice features of Android TV is the recommendations bar which appears looks to provide Android TV users with quick access to content they might be interested in and directly on their homascreen. While the likes of Netflix still seem to be surprisingly absent from this feature, Twitch does have the feature included. So once installed, you will start to get (hopefully) interest-relevant Twitch content coming through your recommendations feed. 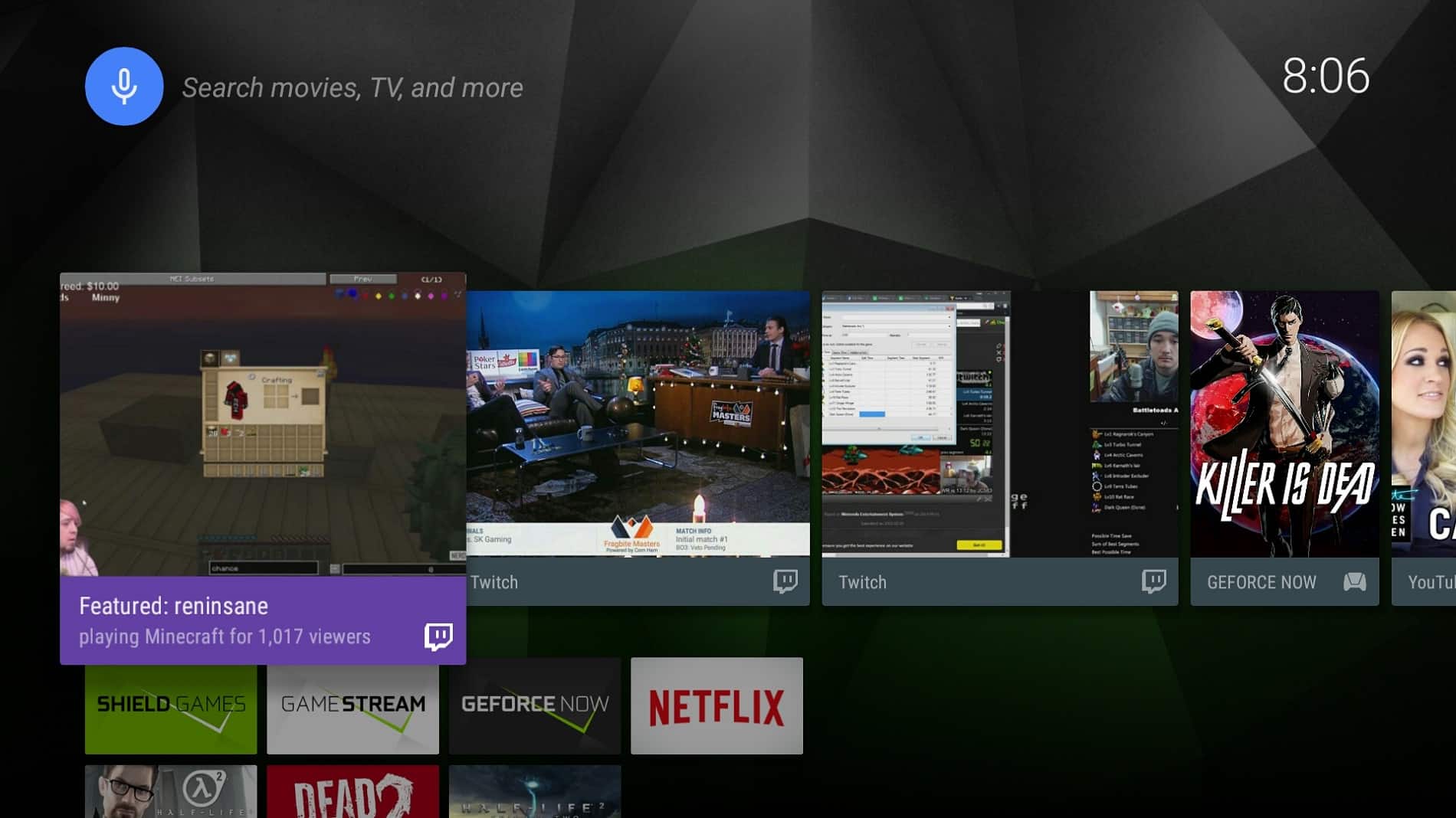 Of course, one of the downsides is that all the app actually brings is the ability to view Titch content. In spite of general Android TV devices being heavily gaming-oriented, the app won't allow you to stream your own content to Twitch. This does still remain to be one of the clear differentiates between NVIDIA's SHIELD and the other Android TV devices, as the SHIELD does allow you to stream or share gameplay directly from the NVIDIA tweaked Leanback Launcher. 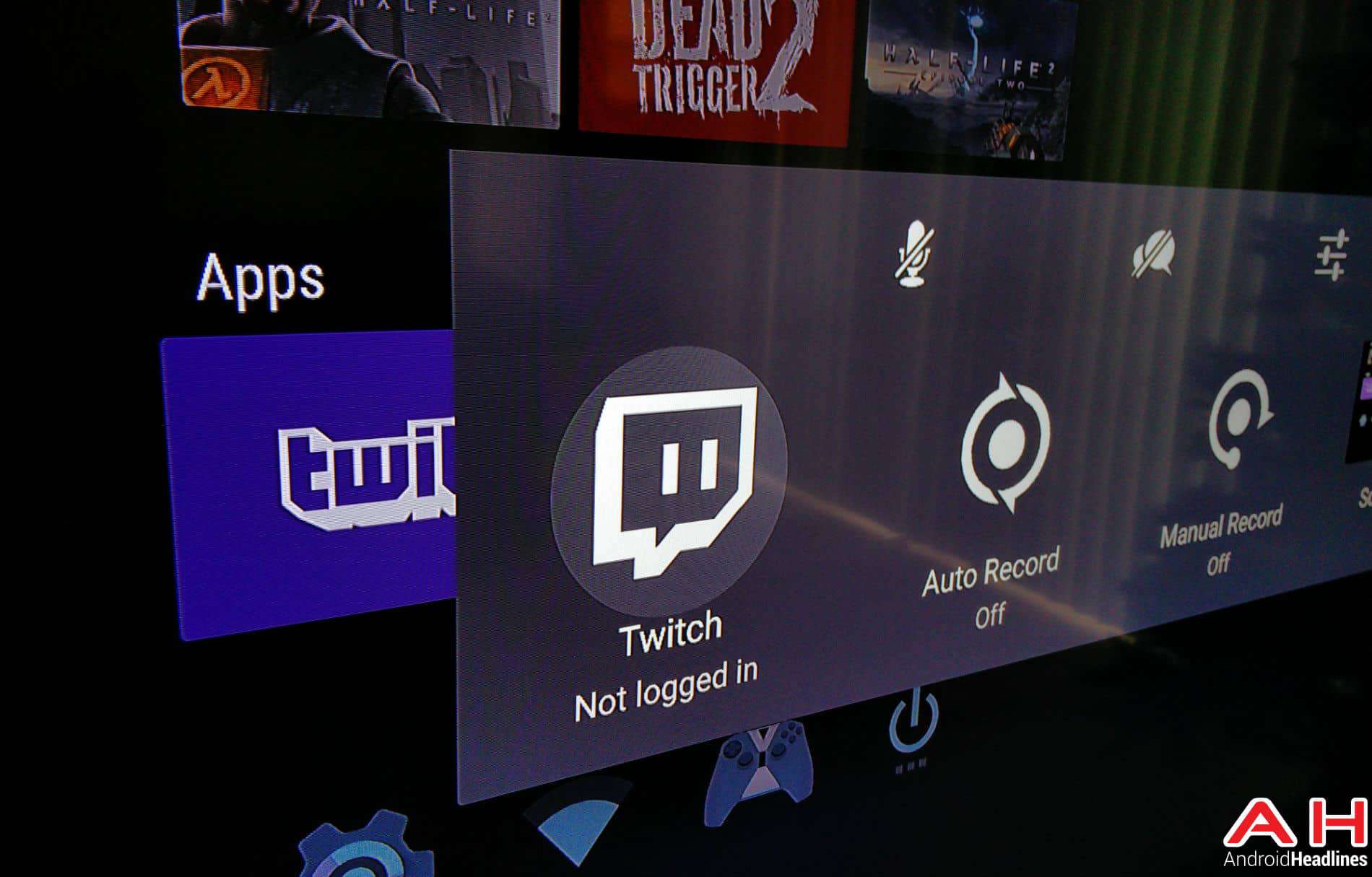 Overall though, the app on first impressions seems to be a good addition to the ever-growing list of Android TV optimized apps. The user interface is simple, but effectively, there are no obvious signs of lagging when watching and gameplay looks good. Certainly a nice additional app arrival for this time of year.