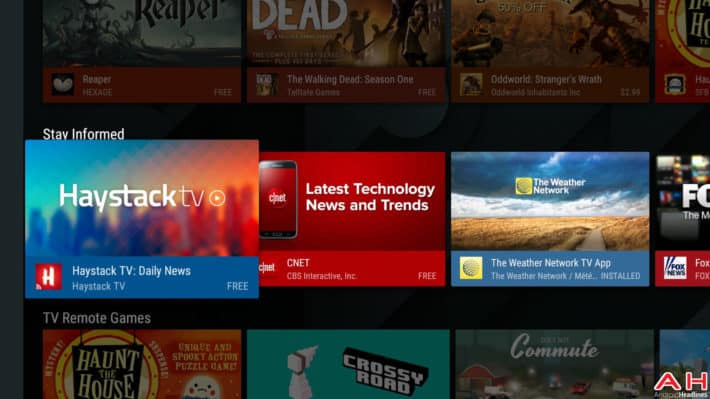 If you own and use an Android TV unit of any kind, you may have noticed that some time back the Play Store for Android TV had the ability to hit the "update all apps" button removed, which left users with simply going through and hitting the update button on each app individually. While this wasn't a major flaw in the system or a huge setback, it was and is an inconvenience for many users who may not want to sit through the tedious motion of tapping update on every single app they have installed on their Android TV units.

Luckily Google has brought this function back in the most recent update to the Android TV version of the Play Store, and if you have a unit which isn't yet on the latest version you can update it right away with the apk file link below. This should bring Android TV owners to version 6.0.2, and now if users have multiple updates available at the same time they can tap the update all button to take care of simultaneous update installations. This is the most recent change in a handful of tweaks Google has made to the Android TV platform as of late, as they recently updated the homescreen to where users could rearrange icons and organize them according to their preferred specifications.

Android TV also recently saw Twitch support as of last week which is likely to be a huge benefit for the gamers on the platform, something which was also recently added into the NVIDIA SHIELD Android TV as well not too long ago. The store also recently got a moderate UI update. There's no clear confirmation as to whether the update is heading out to Android TV in batches, or which devices it's hitting first if not at the same time or a mix of the different models. Should your unit not have the update quite yet  you can download the latest version of the Play Store for Android TV from the link below as stated above. Now that "update all" is available again updating apps should be much simpler and quicker.