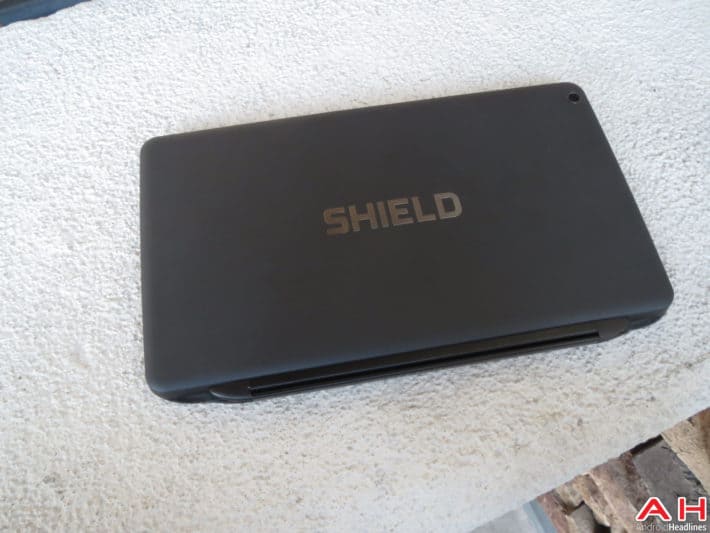 The original NVIDIA SHIELD Tablet was quite the device. This is an 8.0-inch model powered by the NVIDIA Tegra K1-32 System–on-Chip, with uses NVIDIA's Kepler GPU with 192 discrete cores and a quad core cluster of ARM Cortex-A15 application cores clocked at over 2.0 GHz when necessary. The Cortex-A15 design is one of the more powerful 32-bit application core designs and gives the NVIDIA Shield Tablet plenty of 32-bit performance when necessary, and in a time when 64-bit brings comparatively little to the Android device market. NVIDIA recently rebooted the SHIELD Tablet by launching the SHIELD Tablet K1, which features a very similar hardware specification. Customers still benefit from a 8.0-inch, 1080p or FHD display, 2 GB of RAM, but the 32 GB model with the onboard LTE radio no longer appears and so customers can only opt for the 16 GB model. The K1 does come with a MicroSD card and this gives the ability to add 128 GB of additional storage to the device, but the relaunched version of the tablet and the addition of "K1" to the name may mean that NVIDIA are planning a family of devices and perhaps the next SHIELD tablet will use the same NVIDIA Tegra X1 chipset that resides in the Google Pixel C tablet.

When launched, the NVIDIA SHIELD Tablet K1 arrived running Android Lollipop. NVIDIA have used a near-stock Android experience on the SHIELD, adding a number of features to the operating system such as advanced power management for the Tegra K1 under the skin, but the perception is that there is less to change compared with some of the heavier skinned manufacturer devices, such as HTC's Sense and Samsung's TouchWiz. As such, NVIDIA have a reputation for releasing software updates in a timely fashion, which was slowly being eroded because Android 6.0 Marshmallow was not yet available for the SHIELD Tablet K1.

However, we've word that the update to Android Marshmallow is now arriving on devices, and has been since the weekend. In the new software, NVIDIA have enabled a number of improvements to the device such as amendments to the stylus software and a new slow motion video camera mode. Some of these come as stock with Android, including the new power management features such as Doze and App Standby, the revisions to application permissions and the inclusion of the patch date in Settings, About Device, which shows customers how up to date their device is. Another improvement is how Android copes with MicroSD cards. If your NVIDIA SHIELD Tablet K1 has yet to receive the update, hang tight as it should be with you very shortly. 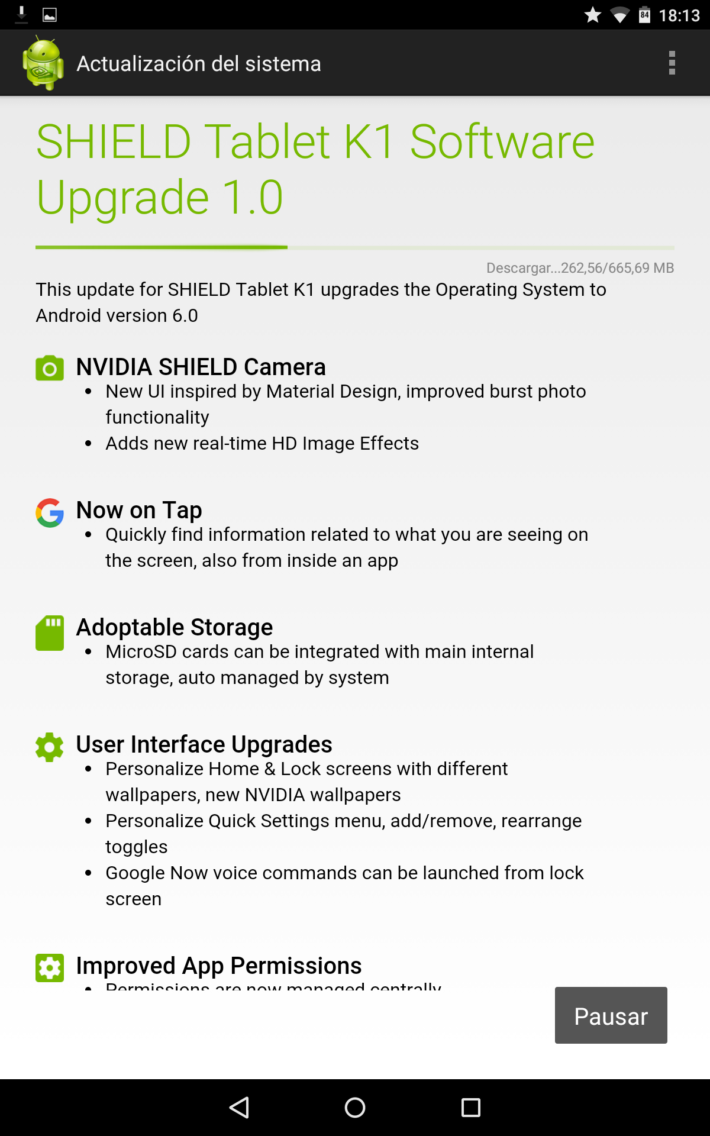