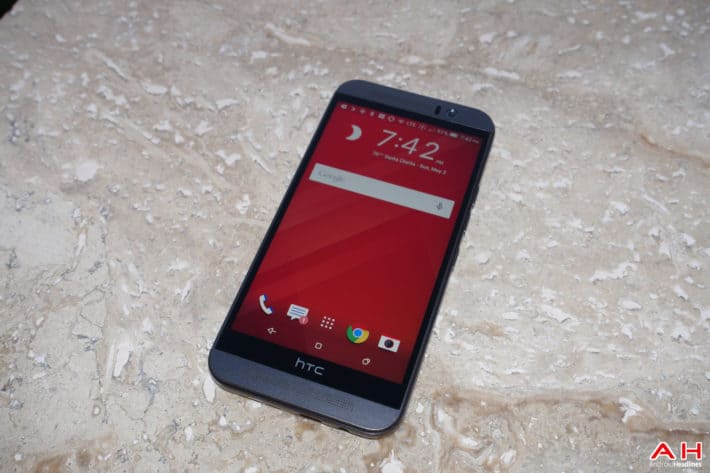 We're coming towards the end of the year and Marshmallow updates are rolling out thick and fast to quite a lot of Android devices over the past few days. Now, the unlocked version of the HTC One M9 seems to be the next in line to get the taste of Marshmallow in the US, according to a post on microblogging site Twitter by Mr. Mo Versi, Vice President, product management, at HTC. The best part is that the update is apparently already live as per the post by Mr. Versi, so users of the smartphone will start getting their update notifications any time now, if they haven't already. That's because the tweet, posted on Tuesday evening, clearly states that the rollout will begin within the next twenty-four hours. Mr. Versi further confirmed that the One A9 will also start seeing the Android 6.0.1 update at about the same time. That particular device, of course, is already running Android 6.0.

Coming to the tweet from Mr. Versi that forms the basis of this report, it reads, "Happy Holidays! Updates to the Unlocked A9 6.0.1 and Unlocked M9 6.0 will be able to be downloaded within next 24 hours! Enjoy". Currently however, there's no word on when the update will be rolled out to the device outside the US, but that shouldn't take a long time coming, seeing as the device has already started receiving the much-awaited update in the US. The Canadian version of the device meanwhile, is slated to see Marshmallow in January, according to earlier reports. As for those using carrier-locked versions of the One M9, reports indicate that Marshmallow should arrive to those handsets sometime in January, so it shouldn't be a long wait for them either.

The HTC One M9 of course, happens to be this year's flagship smartphone from the Taiwanese vendor, and was announced back in March. The device features a 5-inch 1080p display and comes with 3 GB of RAM and 32 GB of internal storage. The smartphone is powered by the Snapdragon 810 chipset from Qualcomm and carries a non-removable Li-Po 2,840 mAh battery. Imaging options on the device include a 20-megapixel primary camera and a 4-megapixel 'UltraPixel' selfie-cam. This device supports Cat.9 LTE connectivity and ships with Android 5.0 Lollipop out of the box.