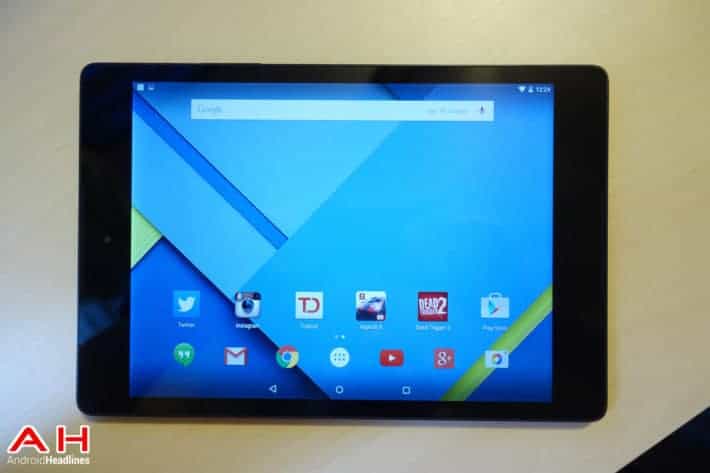 When the Nexus 9 launched last fall, Google stated that it would work with all carriers, including Verizon. And seeing as it only needed Verizon's LTE network, it didn't need to be "activated" on their network. Simply get a SIM card and toss it in the tablet and you should be good to go. Well that isn't how the Nexus 9 LTE worked, until Android 6.0.1 rolled out. While the tablet did have the proper bands for Verizon's network, when you pop in the SIM, it would not connect to Verizon's network for some reason. It's a bit strange, and oddly enough it wasn't a Verizon issue. As Verizon had the Nexus 9 LTE whitelisted in their system. So customers could walk into a Verizon store and get a SIM card pretty easily for the Nexus 9 LTE.

With the Android 6.0.1 update rolling out this week, some users have already flashed the update onto their tablet, and now users of the LTE version of the Nexus 9 are able to use their tablet on Verizon's network without any issues. So whatever the issue was, Google, Qualcomm and Verizon seem to have fixed it (we say Qualcomm because they are using their Modem in here with NVIDIA's processor). So those of you that bought the Nexus 9 LTE for use on Verizon's network, you can now do so without any issues.

The Nexus 9 LTE was made by HTC last year and launched with Android 5.0 Lollipop. The tablet features the NVIDIA Tegra K1 processor, along with 2GB of RAM and 32GB of storage (LTE model is only available in a 32GB variant), there's also a 8.9-inch 1536×2048 resolution display giving it a 4:3 aspect ratio. There's a 8MP shooter around back and a 1.6MP front-facing shooter, great for doing video calls and taking selfies as well all should be doing. Finally, it's powered by a 6700mAh battery inside. Making sure that it can last a full day without needing to be recharged throughout the day. The Nexus 9 is available on Amazon for $398 for the LTE model. Not a bad price for a pretty great tablet, and not to mention it does have the latest version of Android.