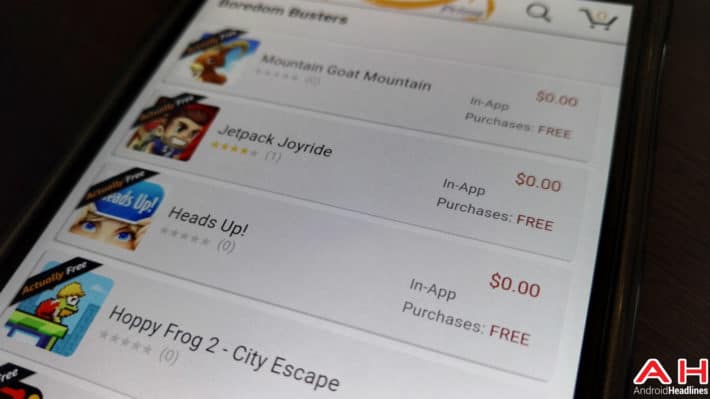 About three months ago, Amazon launched a new app store based on an interesting new business model that would benefit users and developers alike. While most free-to-download apps make revenue from advertisements or in-app purchases, Amazon is paying the developers by the time they actually get used. This way, they made paid or freemium apps free to the end-user. Amazon Underground includes 1,500 free versions of apps and games and it's currently available for users in the US, UK, Germany and France. Now, Amazon Underground will be available in 16 more countries and territories. The list of additional countries includes Gibraltar, Guernsey, Ireland, Isle of Man, Jersey, Austria, Liechtenstein, Switzerland, Luxembourg, Spain, Andorra, Monaco, Belgium, Italy, Vatican City and San Marino.

Some popular paid titles that can be found on Amazon Underground include Office Suite Professional 8, NeuroNation, plus games like Monument Valley and Fruit Ninja. The app store also offers titles that would normally include in-app purchases such as Frozen Free Fall, Star Wars Rebels: Recon Missions, Angry Birds Slingshot Stella among many others. Developers can submit their own apps, so the catalogue will get even bigger in the future. Amazon is paying developers for every minute their apps get used in exchange to making them free, including add-ons or in-app purchases, and they might actually get to see an increase in downloads. Some famous developers that have seen success with Amazon Underground include WetterOnline, who created Weather & Radar Pro; Rovio, creators of the popular game Angry Birds and Halfbrick, who brought famous games like Fruit Ninja and Jetpack Joyride.

Creating better apps could make users spend more time using them, which would work great with this new monetization model. Although, it could be a little harder for smaller or unknown developers to achieve that level of popularity to make this model work. Amazon Underground is now available for download on Android devices and Blackberry 10 smartphones, and it's already preinstalled on the Fire tablets that got released this year. Amazon Underground apps can also be accessed from the Amazon Appstore from previous tablets like the Fire HD and Fire HDX for users in one of the 20 countries where the service is now available.