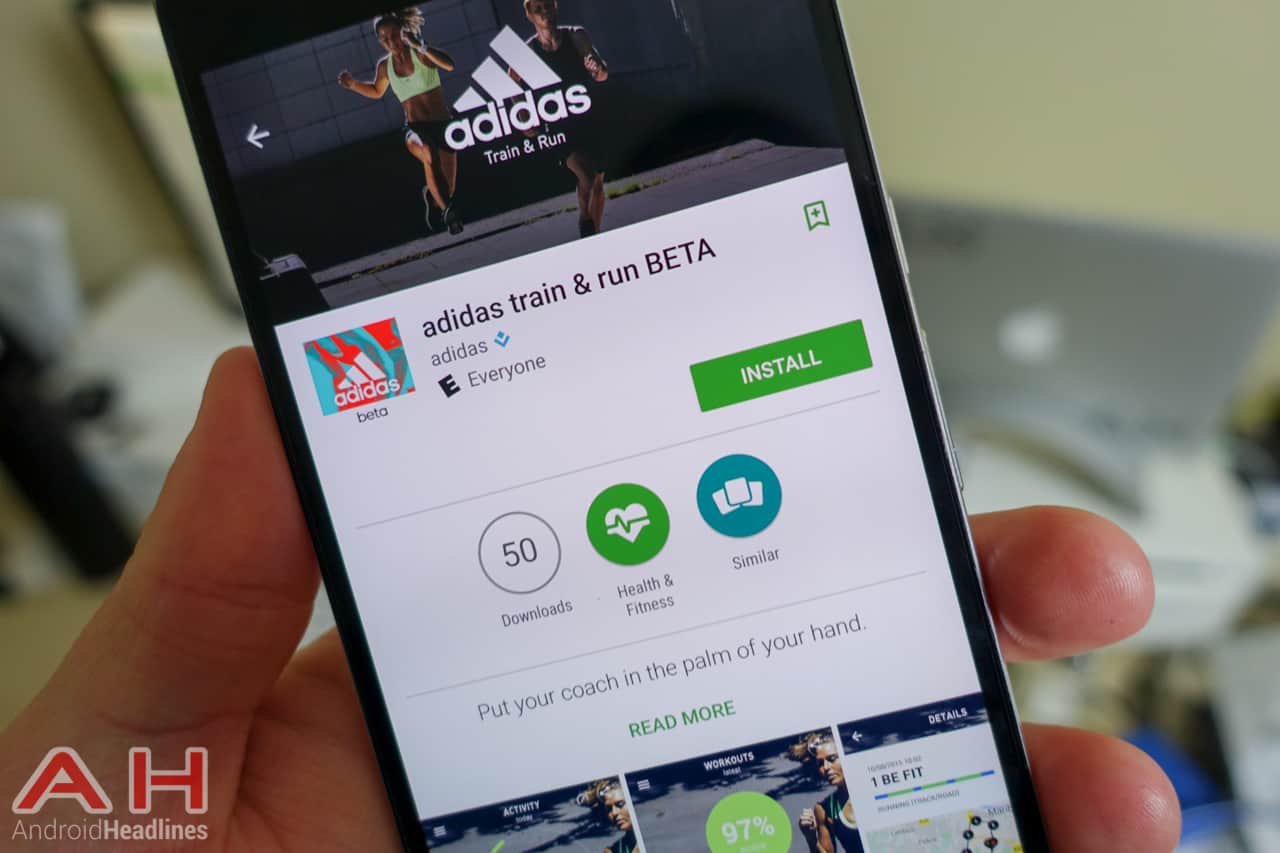 Adidas isn't new when it comes to the fitness world. Adidas have made a few wearables in the past for tracking your fitness and such. As well as Nike, although Nike aren't fans of Android. Adidas has just released a new app, it's their train & run app. But wait, that sounds like their app that's been out for a bit, called train & run. And it is, this is just the beta/alpha version of that app. So if you're looking to try out some new features in the Adidas train & run app, it's a good idea to download this version. Because Adidas didn't want to use Google Play's built-in beta and alpha testing system.

The app allows you to track and log your runs, which we should all be doing each day. And in the new beta version, we have a new in-workout experience, as well as some new sharing features. Adidas also says that when installing this version of the app that you should uninstall the other versions. This way they don't conflict with each other. Adidas notes that there have been many improvements, bug fixes and such in this app, and so exploratory testing is happening here with the beta version. Of course, Adidas does want some feedback when it comes to the train & run app, so feel free to send them some feedback after you've done a workout with the new version. Feedback is always important and allows them to make the app even better.

This app from Adidas can track your runs, but also your other exercises in working out. Whether that's lifting weights, doing cardio or whatever the case may be. You can also compare yourself to a week ago and see how much better you've gotten over that week. Which is always important when working out, you don't want to stay stagnant. Additionally, you can set up your own training plan which consists of about 6 weeks. This will help you get in shape, lose fat, or whatever you want to do. Even tone your body. It's a great tool for anyone who works out consistently.