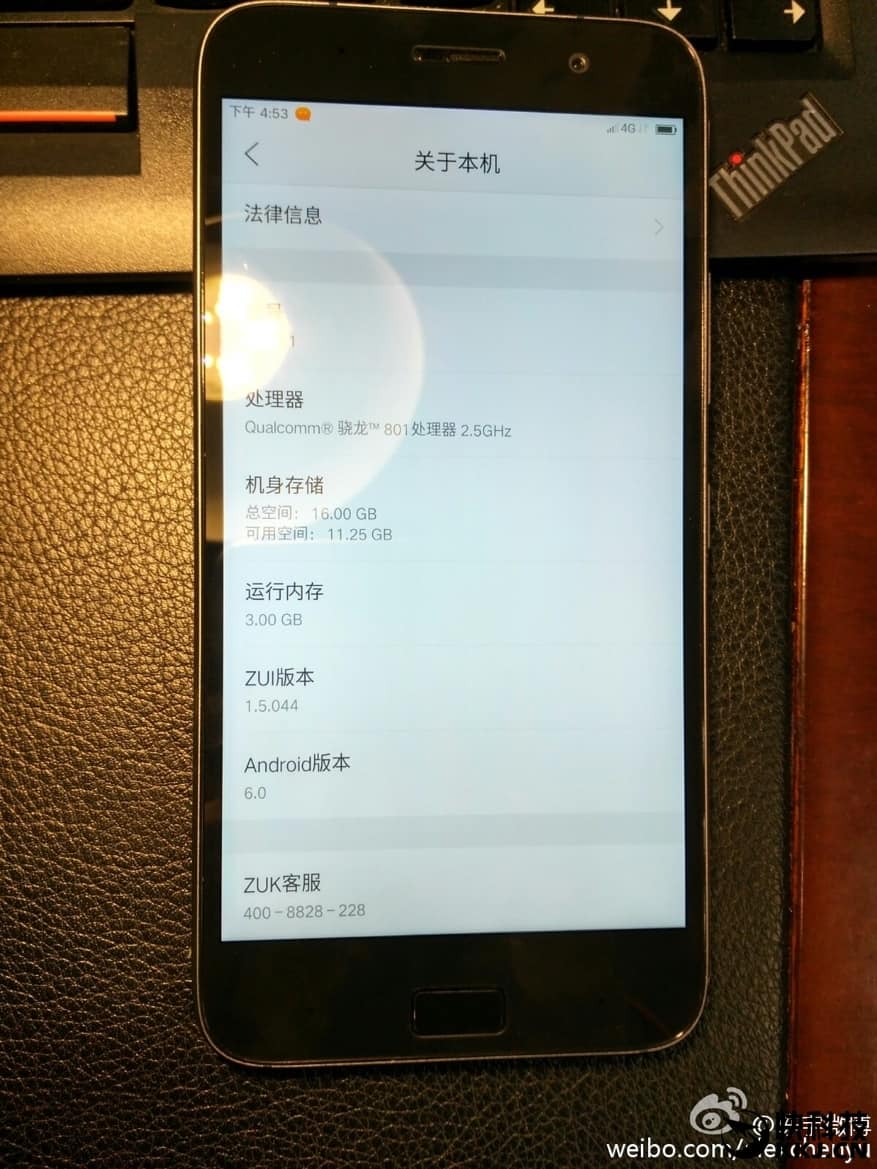 Ever since ZUK came to live (back in May), this Lenovo-backed company has been all over the news. They've announced their first handset, the ZUK Z1, earlier this year, and have been promoting it left and right. The ZUK Z1 initially arrived in two variants, Chinese and International one, and ZUK has also launched the 'Oak Edition' of this smartphone quite recently. The only difference between the Chinese and international variant of this device, is the software installed on top of Android. The Chinese model ships with ZUI user interface, while the international variant comes with Cyanogen OS.

That being said, ZUK has confirmed that the Android 6.0 Marshmallow update is right around the corner, and the company's co-founder, Chen Yu, has decided to tease its arrival via his official Weibo (Chinese social network) account. If you take a look at the provided image, you'll get to see a device running Android 6.0 Marshmallow, but that's not the only interesting part of this image. If you take a closer look at it, you'll notice that this ZUK Z1 model has only 16GB of internal storage, which is quite interesting considering that ZUK released only one storage variant of the device, the 64GB one. Could this indicate that the 16GB variant is on its way? Well, quite probably, though it is possible (though unlikely) that this is only a test unit which sports 16GB of internal storage.

The ZUK Z1 sports a 5.5-inch 1080p (1920 x 1080) IPS LCD display, 3GB of RAM and 64GB of internal storage. This handset is fueled by the Snapdragon 801 quad-core processor along with an Adreno 330 GPU for graphics. The 13-megapixel camera is available on the back of the device, and an 8-megapixel snapper can be found up front. The non-removable 4,100mAh battery is also a part of this package, and Android 5.1.1 Lollipop comes pre-installed here. This is a dual-SIM device which offers 4G LTE connectivity. The ZUK Z1 measures 155.7 x 77.3 x 8.9mm, while it weighs 175 grams. The phone ships with a Type-C port on the bottom, and it also features a physical home button below the display which doubles as a fingerprint scanner.