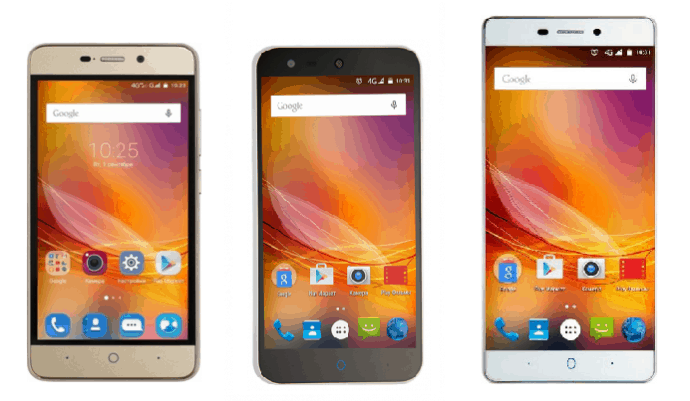 Chinese smartphone maker ZTE has announced the launch of as many as three new smartphones in Russia as part of its 'Blade' range of handsets which currently includes devices such as the Blade X7 and the Blade X6, among others. Starting from the most affordable, the Blade X3 comes with an asking price of 8,990 Rubles ($138). The X5 is the mid-ranger that has been priced at 10,990 Rubles ($169), whereas the most premium of the three handsets, the X9, will come with a price-tag of 17,990 Rubles ($277) in the country. While none of the three newly-launched devices have gone on sale just as yet, another mid-ranger called the Blade X7 is currently already available for purchase in the country at a price of 14,990 Rubles ($230).

Coming to the hardware specs of the three smartphones, the most affordable one of the lot, the Blade X3, features a 5-inch IPS display with a resolution of 1280 x 720 pixels. The device is powered by a MediaTek MT6735 chipset, which comes with an integrated quad-core application processor. The phone has 1 GB of RAM and 8 GB of built-in storage, and comes with an 8-megapixel primary camera on the back and a 2-megapixel selfie-cam on the front. The most interesting thing about the phone however, is its 4,000 mAh battery, which would be pretty impressive even on premium flagships, let alone entry-level models that cost under $150.

Moving on to the ZTE Blade X5, it features more or less the same specs as the Blade X3, but seems to be squarely targeted at the younger lot obsessed with taking selfies and posting them on social networking sites and messaging apps like Facebook, Twitter, Instagram, Snapchat and the like. While most of the hardware specs of the X5 tallies with the cheaper X3, its front camera comes with an 8-megapixel sensor as well, allowing for higher resolution selfies. Interestingly, the rounded area on the back of the device that looks like a fingerprint scanner is actually a physical shutter for the front camera. The one disappointing aspect about the X5 however, is the smaller 2,400 mAh battery instead of the large 4,000 mAh one that comes with the cheaper X3.

Finally, as for the priciest handset of the lot, the Blade X9 comes with a 5.5-inch 1080p display and sports a fingerprint scanner on the back. There's a Snapdragon 615 doing duties under the hood, and the device comes with 2GB of RAM and 16GB of internal storage. There's a 3,000 mAh battery keeping the lights on, but there's no word on which version of Android ships with any of the handsets. As for the gallery below, the X3 is pictured on the left, the X5 in the center, while the X9 can be seen on the right.